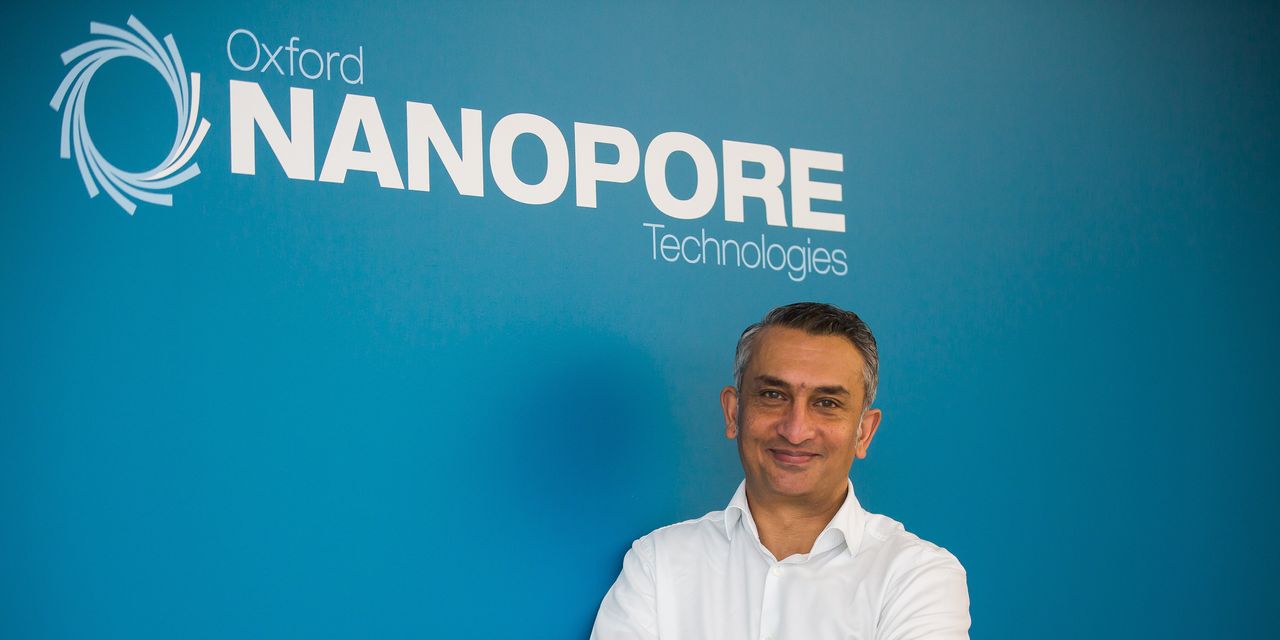 Oxford Nanopore said on Tuesday that it has started preparing for a potential initial public offering, which could value the U.K.-based biotech revolutionizing real-time genetic sequencing at more than £2 billion ($3.17 billion).

The Oxford-based company said in a statement that it expects the IPO to take place in the second half of the year on the London Stock Exchange
LSEG,
,
though it noted that the timing of a listing is dependent on market conditions.

Oxford Nanopore was valued at £2.3 billion in March after intellectual property-based business developer IP Group
IPO,
,
which owns a 15% stake of the company, valued its holding at £340.3 million.

Founded in 2005 by Chief Executive Gordon Sanghera as a spinout from the University of Oxford, Oxford Nanopore set out to revolutionize DNA sequencing by providing a fast, cheap way of providing real-time surveillance.

The company’s handheld DNA sequencing device — called MinION — is the size of a cellphone, runs off a laptop USB plug and costs just $1,000, making it simpler, cheaper and faster to sequence without the need for big clinical laboratories.

Since the outbreaks of COVID-19 last January, Oxford Nanopore’s sequencing technology, which competes with California-based Illumina
ILMN,
,
has been used to support scientists in more than 85 countries, including China and more recently Brazil, to track the emergence of new variants of the coronavirus that causes COVID-19.

Oxford Nanopore said its potential IPO would allow it to gain “access to deeper, international pools of capital” to support its ambitious growth plans, and allow it to scale up its manufacturing and commercial functions.

“Our DNA and RNA sequencing technology is well-positioned for accelerated use across multiple applications; we believe that there is huge potential for near-sample, rapid, low cost, sequencing-based analyses across scientific research, healthcare and industrial settings,” the company said.

The company also hopes to boost its rapid COVID-19 testing capability. Last year, it joined forces with the U.K. government to provide its LamPORE COVID-19 test that can determine whether a user has coronavirus in under an hour.

The decision to list in London will be welcomed by the U.K. government, which has been trying to attract more British unicorns to choose the capital for their IPOs.

In February, a U.K. government-backed report recommended London make it easier for founders to keep control after listing and reduce the amount of equity a company must sell to outsiders, to encourage tech companies to choose the city for their IPOs.

Deliveroo, which is backed by online retail giant Amazon
AMZN,
,
is set to join the London stock market on Wednesday, in what is expected to be the city’s biggest flotation in recent years.

However, on Monday, the food delivery company narrowed its price range, indicating a maximum valuation of up to £7.85 billion, compared with its initial valuation of £8.8 billion. Deliveroo cited market volatility for the decision, but the company has faced intense criticism from some of the U.K.’s biggest fund managers, who have expressed concerns over workers’ rights and the company’s share ownership structure.