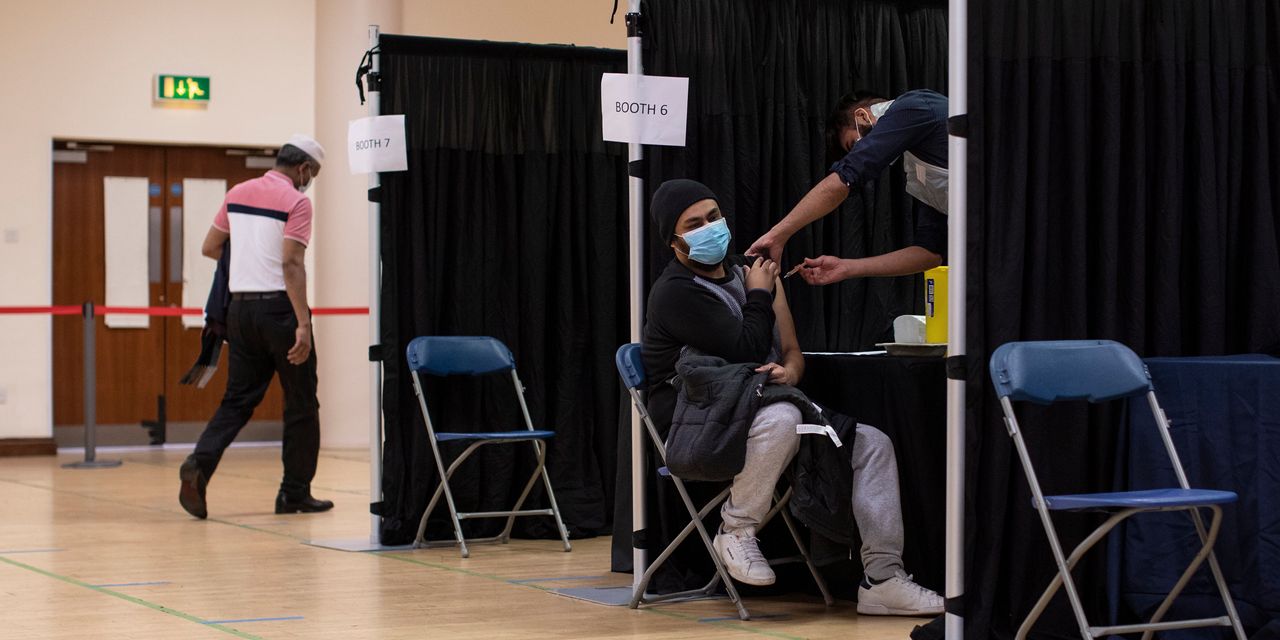 European stocks edged lower on Thursday, as the market seems to have severed its lockstep movement with bonds for the first time in months.

traded 0.1% lower, following weakness in the U.S. on Wednesday, in the technology-heavy Nasdaq Composite
COMP,

in particular. The drop came in a session with little movement in the bond market, with the yield on the 10-year Treasury
TMUBMUSD10Y,

at 1.62% on Thursday. Tech stocks of late have been pressured when bond yields climb, as it makes their relative valuation look worse.

The Suez Canal was blocked for a second day, idling at least 150 ships in the key shipping lane.

shares rose 0.9% after the drug company revised lower its estimate of its vaccine efficacy to 76% from 79% following a dispute with a U.S. regulator. AstraZeneca’s vaccine production is at the heart of a dispute between the U.K. and the European Union, and the two sides on Wednesday said they would look to expand vaccine supply for all.

shares tumbled 9%, after the company said it is planning to issue a $213 million convertible bond at a 7.5% interest rate. The cinema operator recorded a $1.3 billion pretax loss in 2020 and said its base case is that its cinemas will reopen in May.

shares fell 5%, as the operator of commercial real estate in Germany and the Netherlands reported a sharper-than-forecast 29% drop in funds from operation per share in 2020 and guided for a weaker 2021 performance than analysts anticipated.