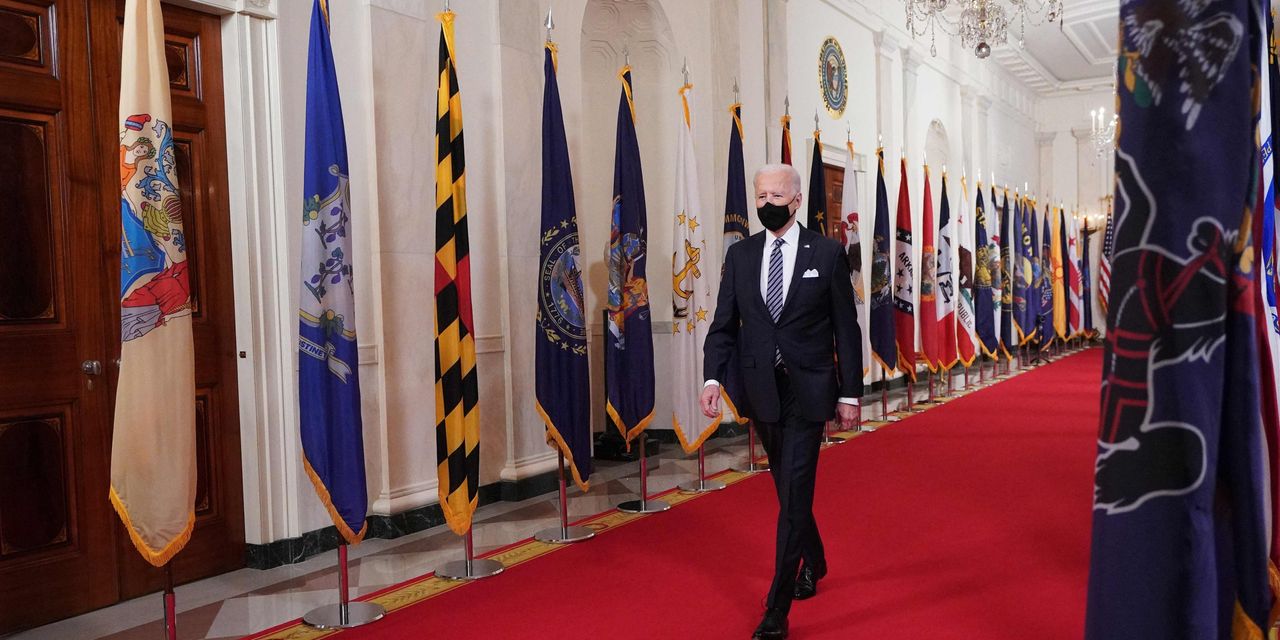 A specter stalks Democrats on Capitol Hill: the possibility of a two-year, effectively 730-day presidency for Joe Biden should Republicans win the House in 2022 and gain the power to block major legislation afterwards.

Republicans have only heightened that worry early in the 117th Congress by engaging in a series of delaying actions reminding Democrats of 2009, when they tried to get bipartisan support for an economic rescue package and a health care overhaul, only to be rebuffed

Democrats have not forgotten.

“I think that is their cynical calculation. What they have not counted on is Democrats have learned from what Republicans did back in 2009,” Sen. Chris Van Hollen, a Maryland Democrat, told MarketWatch in an interview.

Senate Majority Leader Chuck Schumer, in an interview on CNN, said Democrats tried without success then to reach out to Republican moderates, like Sen. Susan Collins of Maine.

In 2009, Democrats emerged from the election with 56 seats and two independents, Bernie Sanders and Joe Lieberman, who caucused with them. In April of that year, Pennsylvania Republican Arlen Specter switched parties, giving Democrats 59 votes. That July, after months of legal challenges, Al Franken was finally seated, giving the party a filibuster-proof 60 vote supermajority.

Despite that margin, and control of both the House and the White House, Democrats’ big accomplishments in Barack Obama’s administration were limited to the stimulus bill, the health care overhaul and the Dodd-Frank financial regulatory revamp, all of which were enacted in 2009 and 2010. Scott Brown’s election in February 2010 and Republican unity in filibustering most other initiatives in the Senate thwarted other priorities until the House flipped in the 2010 elections.

Van Hollen said Republicans are using the same tactics as they did back then.

“They had the same playbook. They used the Senate to drag out the recovery bill, to reduce the size of the recovery bill. And then, after all that, not a single House Republican voted for it. And then Republicans collectively complained that the recovery wasn’t fast enough when they first cut the amount of recovery relief and then opposed it,” he said.

So far, Republicans have engaged in a variety of delay and stalling tactics, some new and some with precedent, seemingly aimed only at delaying things.

Senate Republican Leader Mitch McConnell threatened to filibuster the chamber’s organizing resolution, delaying by weeks the transition to Democrats taking over committees. Some major nominations, despite having bipartisan support, languished, like Attorney General Merrick Garland until this week.

Even day-to-day courtesies have been denied. Sen. Ron Johnson, a Wisconsin Republican, forced Senate clerks to spend nearly 11 hours reading the coronavirus aid bill last week, a process usually waived by bipartisan consent. In the House this week, Republicans have objected to usually routine bills being considered under suspension of House rules, forcing Democrats to decide if they want to have them considered under regular order, which would take hours longer, or abandon them.

Despite those moves, Republicans say 2021 is not 2009 and Democrats have not given them a chance to work with them on a bipartisan basis. And they say Democrats are making it more likely they’ll lose the House by rushing ahead on a slew of initiatives on a partisan basis so early.

“This is an incredibly dangerous way to start the Congress,” Sen. Roy Blunt, a Missouri Republican, said at a news conference on March 5, noting the 50-50 Senate split and the narrow margin by which Democrats hold the House.

“Now the likelihood is that both of those margins will change in favor of Republicans in two years, but they’re increasing that likelihood today by showing that they don’t want what the American people said on Election Day they’d like to see: ‘we want you to work together and we’re going to send a Congress as narrowly divided as we can to ensure that that happens.’”

“I think they’re worried about that and I think that’s one of the reasons why they’re pushing as hard to get as many things done early as they can,” Rep. Tom Cole of Oklahoma, the top Republican on the House Rules Committee, told MarketWatch.

Indeed, Democrats pushed through both a shell of a budget resolution and the stimulus bill in very short order, but the House also canceled a break week it had planned for members to be in their districts and will instead use it to vote on the Equal Rights Amendment ratification and two immigration bills. That will come after it voted on other bills that will likely be stalled in the Senate dealing with policing reform, gun control and unionizing workers.

House Democrats entered the 117th Congress with 222 seats, only four more than the 218 needed need to control the chamber and the same as Republicans controlled after the 2000 election. With two members taking posts in the Biden administration, the margin is even narrower now and the average number of lost seats in a midterm elections almost guarantees Republicans will take the House in 2022.

Add in memories of Democrats losing midterm elections in 2010 under Obama and 1994 under Bill Clinton and one could see the incentive for Democrats to speed things up.

They deny that’s their intent.

Hoyer said that despite the historical record on midterms, he thought Democrats would retain control.

“That may sound Pollyannaish,” he said, adding the difference between 2020 and 2022 will be the absence of Trump on the ballot.

“Those voters came to vote for Trump and they stuck with the Republican candidate,” he said.

Spots on the calendar

Michael Steel, who was a spokesman for former House Speaker John Boehner when Republicans took control of that chamber in the 2010 elections, said the Democrats took the wrong lessons from 2009. He said Democrats risked repeating the same mistakes, which included rejecting Republican overtures on the recovery bill, fanning GOP suspicions about Democrats’ willingness to compromise.

“I don’t believe they ever canceled a recess when they were pursuing either of the impeachment efforts against President Trump, but they are doing it to pass these partisan bills,” Steel told MarketWatch in an interview.

“There’s a long list of critical Democratic constituencies who felt they got left out last time around and they’re clamoring to make sure that they get their spot on the calendar this time.”

The next test, according to Republicans, will be the path Democrats decide to take on infrastructure PAVE, +0.88% legislation. If they turn again to budget reconciliation, which would allow a bill to pass the Senate with only Democratic votes, that will confirm Republicans suspicions, they say.

Cole, the Oklahoma Republican, said Democrats don’t need to use the tactic to pass an infrastructure bill, unless they plan to include Green New Deal-type items.

“Look, everybody goes pedal to the metal when they first get to the White House to try and get as much done as they can. But there’s a point, particularly in a 50-50 Senate and a less than 10 vote [majority] House, that you turn back to the middle and prove that you can work across the line,” he said, adding that infrastructure and appropriations were two such areas.

For Van Hollen, Democrats would be foolish to not keep reconciliation at least as a backup plan for passing an infrastructure bill, even as they seek Republican cooperation. He recalled McConnell being reported as saying early in 2009 he wanted to ensure Obama was only a one-term president.

“We need to be prepared from the start for continued Republican obstruction. And that means we have to fashion a way to get it done, through reconciliation if that’s necessary. I call it an insurance policy,” he said.

Even taking out that policy, though, will almost certainly be seen by Republicans as Democrats deciding to go it alone, which Steel, the former Boehner spokesman, said would be a sign of weakness.