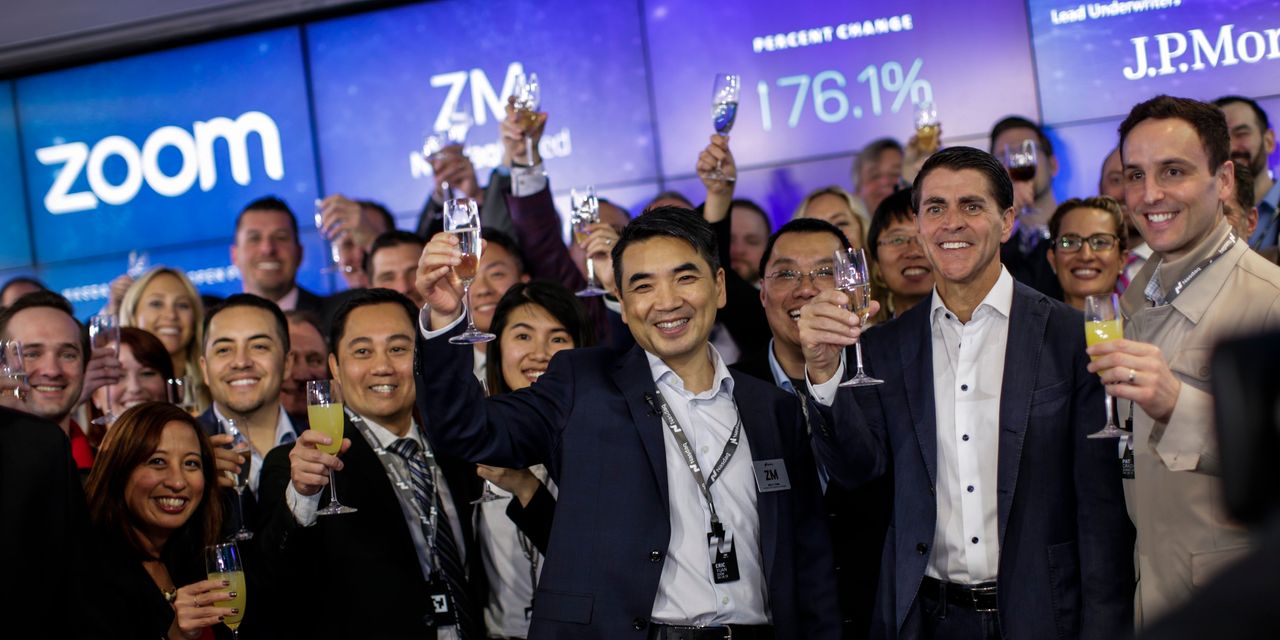 Zoom founder Eric Yuan transferred $6 billion worth of his shares to unspecified beneficiaries last week, according to a regulatory filing.

The videoconferencing platform’s chief executive transferred roughly 40% of his ownership in the company, in two tranches of close to 9 million shares shown as gifts.

A Zoom spokesperson said the transfers were consistent with the Yuan’s “estate planning practices.”

“The distributions were made in accordance with the terms of Eric Yuan and his wife’s trusts,” they said. The stock was owned by a Grantor Retained Annuity Trust, of which Yuan and his wife are co-trustees, according to the filing late on Friday.

Zoom Video Communications ZM, -7.85% stock has almost tripled in the past year amid the COVID-19 pandemic, which has caused a surge in demand for its platform.

Zoom expects growth to continue at a slower pace in 2020 but Yuan said there was still a place for the company’s platform once people return to work.

“Customers have come to us because of trust, the product is reliable, and easy to use,” Yuan said. As some workers return to socially-distanced offices, he said, companies will continue to look for such options as virtual reception and teleconferences.

The stock, which tumbled close to 8% on Monday, was 3.2% higher in premarket trading early on Tuesday.

Markets.com analyst Neil Wilson noted Yuan’s stock transfer and the fact that Zoom is now worth around half of what it was at the peak in October, adding that another work-from-home name, DocuSign DOCU, -5.61%, was also now a down a third from its all-time high.

“There are two things at work here — first is the reopening and expectations people won’t be so reliant on WFH [working-from-home] as last year. Secondly, these were some of the most richly rated of the growth names and therefore most likely to be pulled down by a rise in rates,” he said.