Home
Stocks
: Trump Republicans are ‘putting a target’ on Asian Americans’ backs, writer says
Prev Article Next Article
This post was originally published on this site 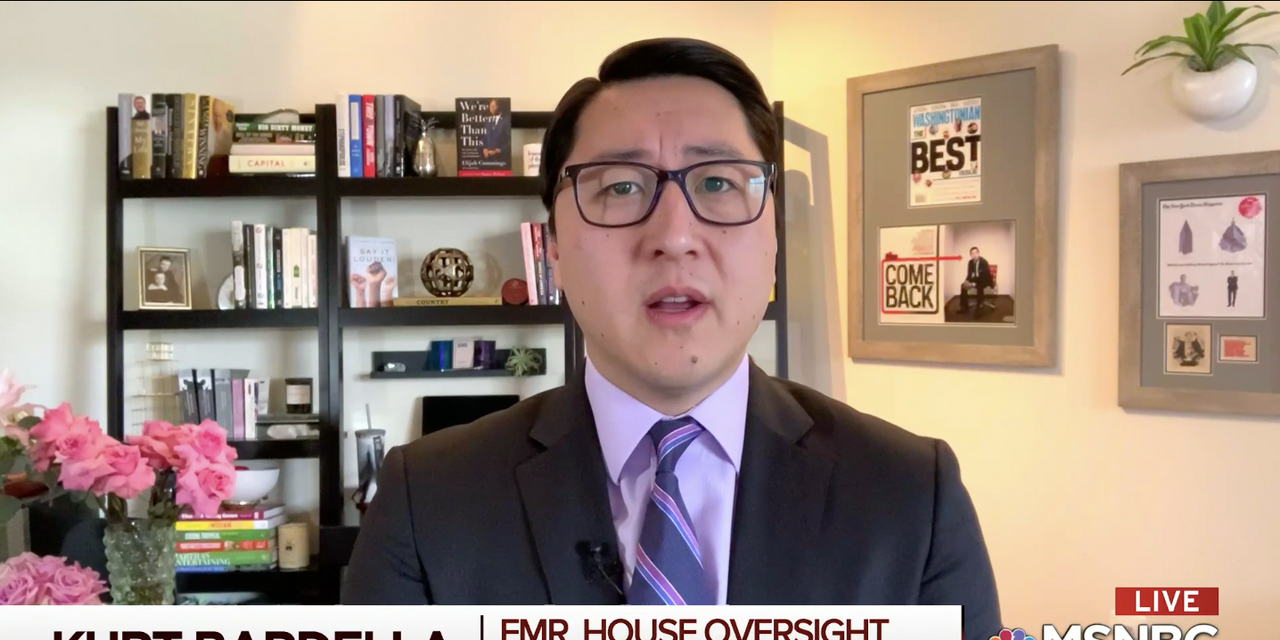 “ “It’s crazy that in 2021, we could watch … a former president of the United States use the word ‘China virus’ … and watch a bunch of white, male Republicans stand there and give a standing ovation and cheer when he says that. To people who look like me, you’re putting a target on our back.” ”

That was Kurt Bardella, who served as the senior adviser for the House Oversight and Government Reform Committee from 2009 to 2013, discussing the spike in hate crimes against the Asian American Pacific Islander community across the U.S. in the year since the COVID-19 pandemic hit.

Bardella, a Korean American and former Republican, appeared on MSNBC’s “Morning Joe” with Daily Beast columnist and author Wajahat Ali on Tuesday morning to discuss a recent Center for the Study of Hate and Extremism report that found anti-Asian hate crimes in 16 major U.S. cities (including New York, Los Angeles, Boston and Seattle) spiked 149% last year, jumping from 49 incidents in 2019 to 122 as the coronavirus pandemic hit the U.S. And this jump in anti-Asian crimes came while the total number of hate crimes against all minority groups dropped 7%.

The Center for the Study of Hate and Extremism noted that the increasing violence and harassment directed toward Asian Americans is likely related to the pandemic, as the coronavirus originated in China, as well as economic tensions between the U.S. and China. A recent Pew survey also found that unfavorable views of China have hit historic highs in many countries, with Americans’ negative views of China increasing almost 20 percentage points since Trump took office, and rising 13 points since 2019 alone.

Indeed, both Bardella and Ali linked the rise in reported attacks against Asian Americans to Republicans, led by former President Donald Trump, wrongly blaming this community for the pandemic.

“Last time I checked, coronavirus doesn’t have a Zip code, doesn’t have an ethnicity, doesn’t have a religion,” Ali said. He pointed to Trump repeatedly calling COVID-19 the “China virus” or “kung flu” for wrongly making the Asian American Pacific Islander community the scapegoat of a disease that has devastated the entire globe.

This created “an environment of hate where it was OK and acceptable to blame our fellow Asian Americans for a deadly pandemic that has killed over half a million people,” Ali said. “So why are people surprised that some of the unhinged members of our society, who got a license to hate, are lashing out against innocent Asian Americans?”

“ “There’s a reason why this widespread violence is happening, and it’s being incited by the Republican party.” ”

He cited the death of 84-year-old Thai grandfather Vicha Ratanapakdee in the San Francisco Bay Area, who was killed in what his family believes was a racially-motivated attack. Other assault victims include a 64-year-old woman in San Jose, a 91-year-old man in Oakland and a 61-year-old man in New York City.

Bardella recounted former President Trump’s speech at the Conservative Political Action Conference in Florida a couple of weeks ago, when he referred to COVID-19 as the “China virus” again. “It’s racist, let’s be very clear about that,” Bardella said.

“To people that look like me, you’re putting a target on our back,” he continued. “There’s a reason why this widespread violence is happening, and it’s being incited by the Republican party.”

Bardella also explored this issue in his recent USA Today column, “China virus’ redux: For Trump and Republicans, it’s open season on Asian Americans like me.”

His op-ed describes the fear that he or another member of the Asian American community could be attacked at any time. “It’s a fear that I carry with me everywhere I go. Every knock at the door. Every time I get out of the car to fill up my gas tank. Every time I run to the grocery store,” he writes. “It’s a fear that will always be there as long as people who are in power and who seek power see fit to use racism as their preferred instrument of war.”

And he’s not the only one feeling afraid. Dorothea Gloria, a 28-year-old actress living in Queens, N.Y., previously told MarketWatch about a woman shouting ethnic slurs at her and accusing her of bringing the virus from China. Gloria is from the Philippines. “It was the first time I have ever felt like someone wanted to hurt me just because of the way I look,” she said.

Dispatches from a Pandemic: ‘I was in so much fear that I started running’: Asian Americans must grapple with racism — as well as the coronavirus pandemic

The pandemic has also wreaked economic havoc on many Asian Americans, hobbling businesses and leaving scores of workers jobless. The unemployment rate among Asian Americans shot up more than 450% between February 2020 and June 2020, according to a McKinsey & Co. analysis published in August, outstripping other groups’ rate of increase.

Read more: ‘Asian-American businesses are dealing with two viruses’: Reeling from racist incidents, many are hurting financially during COVID-19