Home
Stocks
Dispatches from a Pandemic: ‘I’ve been ready for this since this was declared a pandemic’: J&J’s one-shot COVID-19 vaccine is enticing for people who hate needles
Prev Article Next Article

In sixth grade, Marcus Prouty cried when his doctor gave him a flu shot.

Prouty’s next jabs came in 2020, when the 26-year-old got another flu shot, plus two shots after slicing his thumb on an open can.

That was three needles too many for the Idaho-based Boise State University student. “I just don’t like them. Never have, never will,” Prouty told MarketWatch.

Rating his fear of needles between a 0 and 10, Prouty said he used to be at a “high 8.” Now, it’s “probably 6, maybe 7.” His cousin is diabetic, he said, and when Prouty sees the needles for insulin shots, he’ll get a shiver.

That’s why Prouty is really hoping he can get the Johnson & Johnson JNJ, +1.98% single-dose COVID-19 vaccine shot.

A Food and Drug Administration advisory committee on Friday unanimously recommended the FDA give emergency use authorization for J&J’s vaccine candidate. The FDA granted emergency authorization on Saturday.

This makes the vaccine the third to receive emergency authorization in the U.S. over the weekend, clearing the way for the company to start delivering the 100 million doses it has committed to the U.S. government by the end of June.

The FDA’s green light could launch a new level in the vaccination effort because the J&J shot can be kept in conventional refrigerators versus the extreme cold needed for the Moderna MRNA and Pfizer PFE/BioNTech BNTX vaccines.

Both have already gained FDA emergency use authorization, and both required two separate doses. 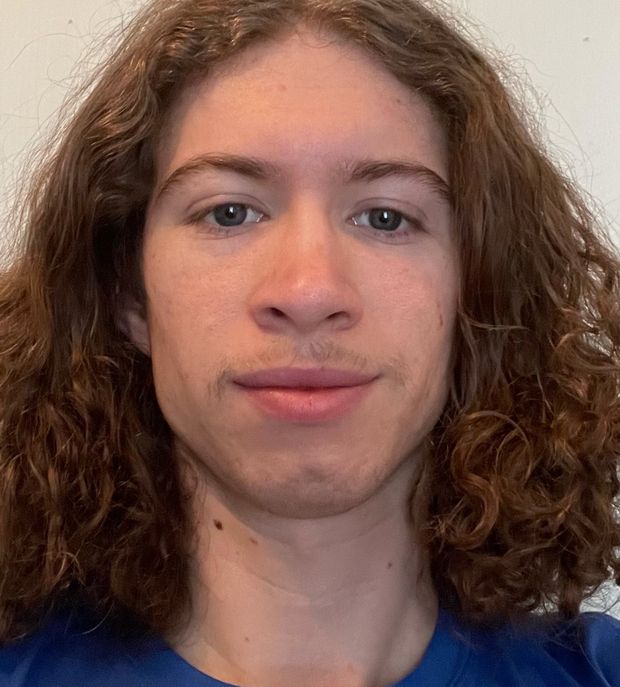 Marcus Prouty is hoping for a Johnson & Johnson COVID-19 vaccine shot. When it comes to needles, “I just don’t like them. Never have, never will.”

Across the country, doctors, nurses and other medical professionals have administered 75.2 million vaccine shots so far, according to data from the Centers for Disease Control and Prevention.

The U.S. has had 28.8 million infections in total, and 520,367 fatalities as of Friday, according to data aggregated by Johns Hopkins University. In total, 115.7 million people have been infected by the virus worldwide, and there have been 2,571,604 million COVID-related deaths around the world.

Johnson & Johnson’s one-shot vaccine could make the logistics of mass vaccination a lot easier, particularly those people who live in rural areas and must travel to the nearest vaccination center.

For people who get squeamish around needles, like Prouty, it could make the prospect of vaccination more palatable and less stressful. “That one shot sounds so much better to me,” said Prouty.

The U.S. has reported 28.6 million infections in total, and 513,092 fatalities, according to data aggregated by Johns Hopkins University. Approximately 114 million people have been infected by the virus worldwide, and there have been 2.5 million COVID-related deaths around the world.

“ An extreme fear of needles is called trypanophobia. ”

It might sound so much better to other people who dislike shots, said Mary Rogers, an epidemiologist who retired from the University of Michigan’s Department of Internal Medicine.

In Rogers’ research, 16% of adult patients didn’t get a flu shot because of their fear of needles.

An extreme fear of needles is a real thing, and it has its own term: trypanophobia.

Most people with worries about needles “have various degrees of anxiety or stress related to injections,” Rogers said. Around 2% of adults in America have needle fears that are more serious, she said.

“I suspect that even one shot might prove to be a barrier for those with true needle phobia,” Rogers said. “However, for those with generalized needle anxiety, a single shot might encourage some to take the COVID vaccine that they might have otherwise avoided.”

Prouty emphasizes that if he can only get the Pfizer/BioNTech or Moderna shots, he’ll do it. “Honestly, I’ll suck it up if I have to of course.”

Seven or eight members of Prouty’s family have already been vaccinated. He’s quizzed them on what it was like. “That little break is probably going to be nice,” he said of the span between the first and second shots.

Fauci urges people not to wait

But if Prouty has to wait a little longer for a better chance at the J&J shot, and if he doesn’t have anything like a job that’d put him out in the public, he said he would wait.

Dr. Anthony Fauci, director of the National Institute of Allergy and Infectious Diseases, said all three vaccines currently available to Americans are “highly efficacious” in the battle against the coronavirus pandemic, and he urged people not to wait.

“I think people need to get vaccinated as quickly, and as expeditiously, possible,” Fauci told NBC’s “Meet the Press” on Sunday morning. “I would go to a place that had J&J. I would have no hesitancy whatsoever to take it.”

People have not been getting a choice so far on the type of vaccine they receive, even if they have strong feelings about needles — or clinical trial efficacy rates, so Prouty will take what’s given to him. But his willingness to take the J&J vaccine underscores his comfort with the slightly different efficacy rate of the J&J shot to the Pfizer/BioNTech and Moderna doses.

J&J vaccine trials in the U.S. resulted in an efficacy rate of 72% and 85% when guarding versus severe or critical disease. The Pfizer/BioNTech vaccine has 95% efficacy and the Moderna vaccine has shown 94% efficacy.

“The only way you know one versus the other is if you compare them head-to-head, and they were not compared head-to-head,” Fauci said on Sunday. “They were compared under different circumstances. All three of them are really quite good, and people should take the one that’s most available today.”

But there are millions of people out there like Prouty. A fear of needles in its most severe form is very real, according to Elizabeth McMahon, a San Francisco-based psychologist specializing in panic, fears and phobias.

“A phobia is as terrifying as facing a true life-threatening fear. It’s the same response. The same intensity. The body, the emotion, the mind all react in the same ways. It’s as if that needle could be a gun,” she said.

Prouty and people like him have a couple tactics to tamp down on worry and pain, said McMahon, speaking the same day she received her own second COVID-19 shot.

“My clinical experience has shown me people with a fear of needles fear it for different reasons,” she said.

If it’s about pain, McMahon recommends applying a prescription numbing cream ahead of the shot.

If it’s worry about a potential fainting spell, McMahon said a person can use “applied muscle tension,” a technique of tensing up muscles actually increase blood pressure and counteract the blood pressure loss that can occur when fainting.

McMahon said people can watch how they think and talk about shots to avoid building up the doom and gloom prospects in their mind. “Our words program our brain,” she noted.

For someone with a fear of needles, words and phrases like “horrible,” “awful” and “worst thing imaginable” might come to mind, she said. It would be better to flip the script and use terms like “unpleasant,” “temporarily painful” or “necessary protection.”

Prouty doesn’t like needles. But he’s anxious for it all the same. “I’ve been ready for this since this was declared a pandemic.” The more people get vaccinated, the quicker life goes back to normal he said.”

“I’m way okay putting aside my fears,” he said.

See also: Opinion: How does the Johnson & Johnson COVID-19 vaccine compare with the Pfizer and Moderna shots?