Home
Stocks
SportsWatch: What is NBA Top Shot? Everything you need to know about the digital asset with over $230 million in transactions
Prev Article Next Article 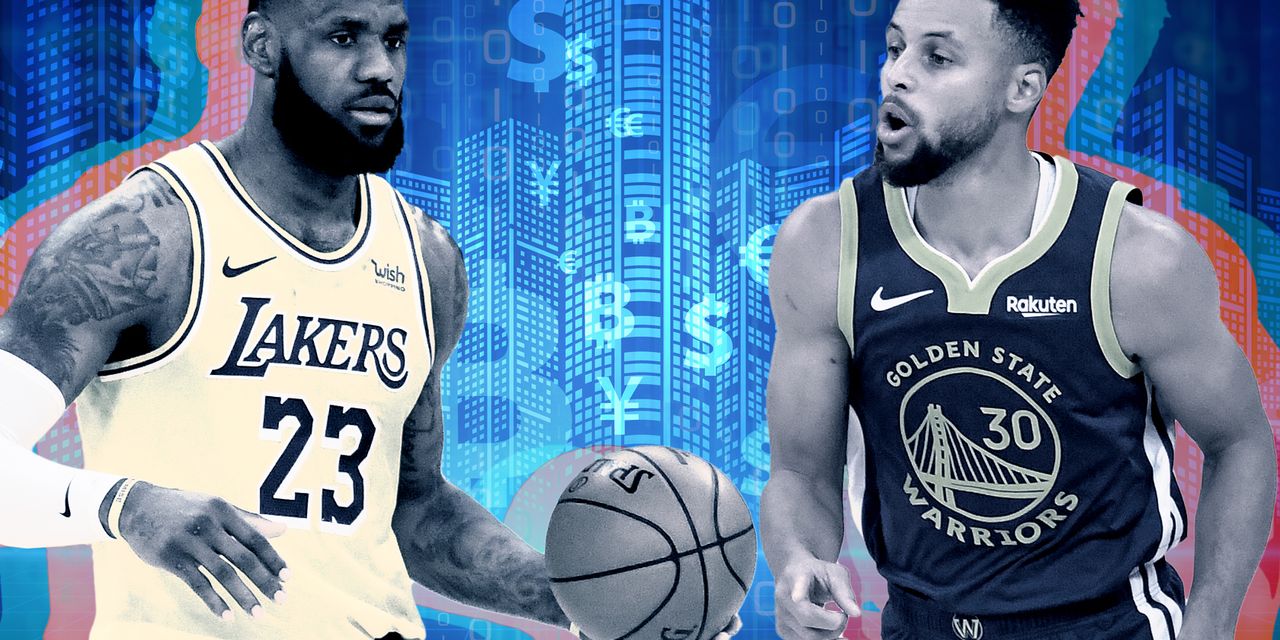 Top Shot, the newest digital asset from the NBA, is on fire.

NBA Top Shot has done over $230 million in transactions since its inception in October 2020, with 90% of it coming in the past month, according to token monitoring site CryptoSlam.

Digital assets like cryptocurrencies have become more popular in recent years and the NBA is trying to get in on the action.

Here’s what you need to know about NBA Top Shot:

What is NBA Top Shot?

NBA Top Shot is an online-only marketplace where users can buy, sell and trade NBA highlights. These highlights, or “moments,” are owned by users through a unique number.

They’re basically virtual sports cards, but instead of a picture of a player with statistics on the back, you get a video highlight of a play like a LeBron James dunk or a Steph Curry 3-pointer.

How much do moments cost?

Not every moment like this LeBron James dunk sells for that much. Prices of moments vary depending on a few factors.

One factor is who the player is. For example, a dunk highlight of Denver Nuggets forward JaMychal Green is probably going to go for less on the marketplace than a dunk by James.

Another is how rare the moment is. Similar to sports trading cards, there is a finite number of them and the company decides how many to release, so getting a moment that is 1 of 25 is more valuable than getting one that is 1 of 500.

How do you buy them?

Users can buy packs, like sports cards, when they come out on the Top Shot website, or they can purchase moments from other users on the marketplace.

Packs are sold in extremely limited quantities every so often, so its important to try to buy them right when they’re released.

Is this legit? Who is in charge?

All Top Shots are officially licensed by the NBA. The league partnered with Dapper Labs, a company that specializes in blockchain, to develop NBA Top Shot.

Dapper Labs, which takes a 5% fee for transactions, is the company behind CryptoKitty, a collectible digital art form of non-fungible tokens (NFT).

Yes. After a user purchases a collectible moment, its stored in a Top Shot digital wallet. This is where blockchain comes in.

Blockchains are databases of information that’s linked together that can be used to record ownership or transactions of a product. Its ledger prevents a lone user from gaining control of the network.

Blockchain is the technology that popular cryptocurrencies like bitcoin BTCUSD and ethereum ETHUSD use.

This is a fair question and the answer is up to you. Yes, the moment you bought is probably available online to watch for free. However, people can also go online and print a copy of the Mona Lisa and put it in their bedroom. The value of the moment, like art, is whatever somebody is willing to pay for it.

People who own a moment don’t own the video itself, but simply the Top Shot moment. Therefore, NBA broadcast partners can still show video clips that are sold as moments.

Here is Dallas Mavericks owner Mark Cuban addressing the idea that these highlights can be viewed for free online.

“I get to enjoy knowing I own my Maxi Klieber dunk Moment, along with knowing the serial number and much more. Some people might complain that I can get the same video on the internet anywhere any time and watch it. Well guess what, I can get the same picture on any traditional, physical card on the internet and print it out, and that doesn’t change the value of the card.”

Cuban went on to write, “and when I want to sell the card, NBA Top Shots offers a marketplace I can sell it in, which by virtue of the site being created on Flow BlockChain offers me the ability to see every Maxi card being offered, the serial number, its price and more. All the foundations required for a consumer friendly, efficient marketplace.”

Who is making money off this?

Show me some more Top Shots!

Here are a few Top Shots that have sold in recent weeks: