Home
Stocks
Key Words: ‘Get used to me’ — Louis DeJoy says he will stay at the USPS for a ‘long time’
Prev Article Next Article 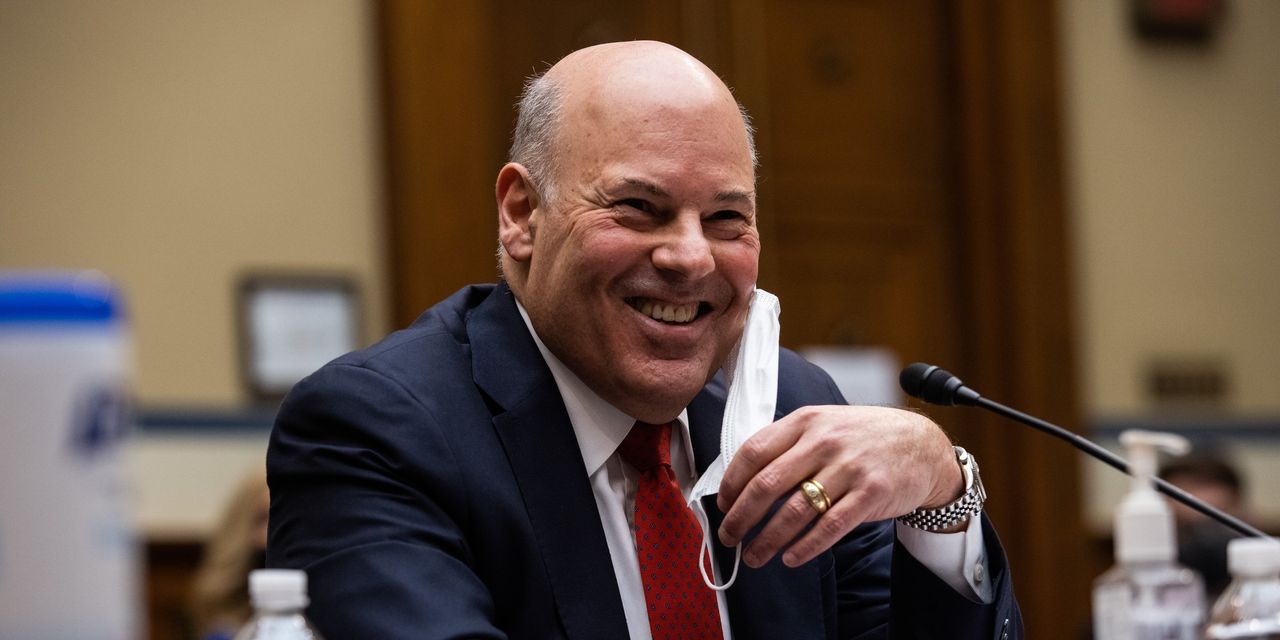 Now this is some first-class confidence.

Postmaster General Louis DeJoy was in the hot seat on Capitol Hill on Wednesday, fielding questions at a House Oversight and Reform Committee hearing about mail delays during the December holiday season, as well as residual questions about changes he made to the U.S. Postal Service (USPS) ahead of the 2020 U.S. presidential election.

But when asked how much longer he plans to stay on as the postmaster general, DeJoy said, “a long time.”

That message was delivered far and wide on Twitter TWTR, -0.82% on Wednesday, and DeJoy’s hearing trended on the social media network. The line galvanized the chorus of Democratic lawmakers who have been calling for DeJoy to be removed from his post since last year

Some have accused the Republican donor of making changes to the USPS, like cutting overtime and removing postal-sorting machines, that delayed mail delivery ahead of a pandemic presidential election when a record number of Americans were voting by mail. In fact, DeJoy was also called before the House Oversight Committee last summer, when he clashed with House Democrats over accusations that he was working to influence the election in former President Trump’s favor.

Others complained that they are still waiting on holiday mail, and took the opportunity to make a few more digs at the redesigned USPS mail delivery trucks that DeJoy revealed on Tuesday.

And DeJoy took a more apologetic tone when discussing the slowdown in mail delivery. “I apologize to those customers who felt the impact of our delays. All of us at the Postal Service, from our Board, to our leadership team, to our union and association leadership, to every employee strive to do better in our service to the American people — and we will do better,” he said. “The status quo should be acceptable to no one.”

Congress doesn’t have the authority to ax DeJoy, however. Only the Postal Service’s Board of Governors can appoint or remove the postmaster general — although that board is nominated by the U.S. president and confirmed by the Senate.

The plot thickens, however, as the current board consists of two Democrats and four Republicans — along with three vacant seats. So Democrats have been calling on President Biden to fill the three vacancies with representatives who would push DeJoy out.

President Biden has yet to weigh in, although White House press secretary Jen Psaki said that filling the Postal Service Board of Governors vacancies is a “priority” during her Tuesday press briefing.

In the meantime, DeJoy told the House Oversight and Reform Committee that he is working on a 10-year strategic plan for the post office, which he plans to release by the end of March.