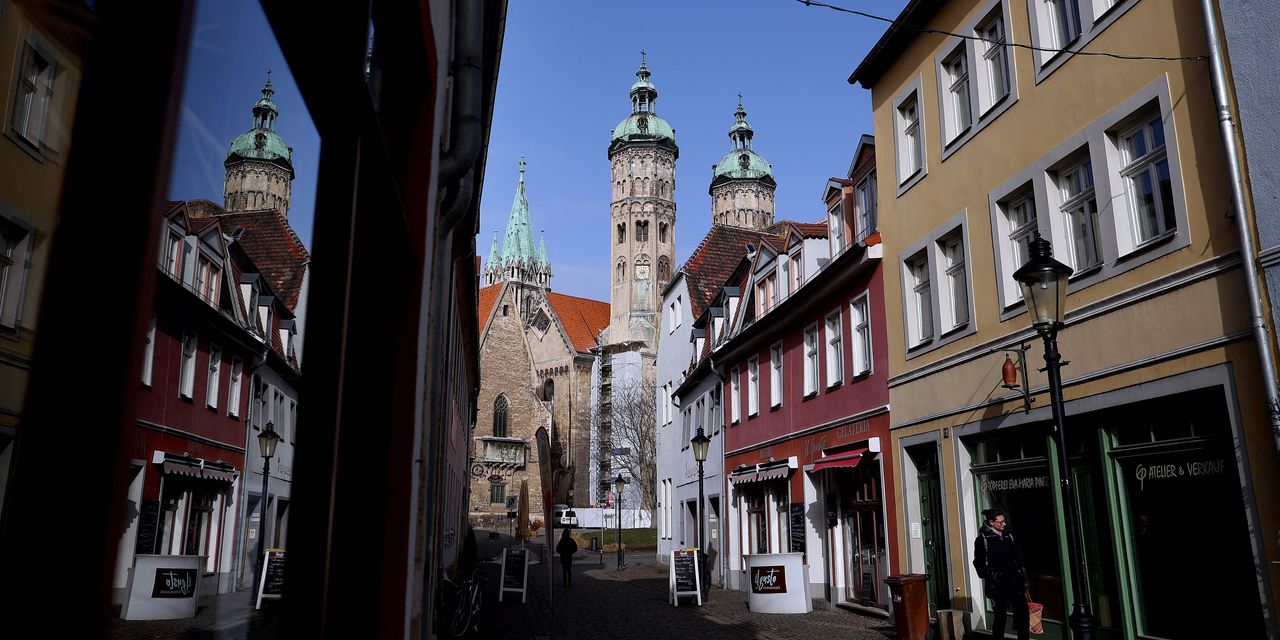 Federal Reserve Chair Jerome Powell will make his second appearance on Capitol Hill on Wednesday. In testimony on Tuesday, he told Congress that the Fed saw no need to stray from the path of keeping interest rates ultralow, as the recovery “remains uneven and far from complete.”

He added that rising bond yields, which have been a worry for some investors, are a sign that markets are confident that economies are improving. The yield on the 10-year U.S. Treasury TMUBMUSD10Y, 1.370% note stood at 1.3552%, hovering at year highs.

In Europe, revised data showed German gross domestic product for the fourth quarter rose an adjusted 0.3% from the prior quarter, which was above a preliminary estimate of 0.1% and above expectations for 0.1% in a survey of economists by The Wall Street Journal.

Among stocks on the move, shares of Telecom Italia TIT, +7.61% climbed nearly 7%, topping the Stoxx 600 gainers list after the telecommunications group late on Tuesday reported a profit rise, despite falling revenue. Results were partly boosted by a new tax regime, and the company lifted its annual dividend and confirmed medium-term guidance.

The chemical sector was leading sector gains in Europe, with shares of Solvay SOLB, +4.09% up 4%, after the Belgian company reported rebounding net profit, even as revenue fell, and proposed a 2020 dividend equal to last year’s.

Shares of Reckitt Benckiser 3RB, -0.54% rose nearly 2%, after the consumer goods group swung to net profit for 2020, with results boosted by demand for its hygiene products amid the COVID-19 pandemic.

Reckitt also announced it will sell its Scholl footcare brand to Boston-based private-equity firm Yellow Wood Partners, and said it entered into a definitive agreement with Performance Health to buy the Biofreeze brand for an undisclosed amount.

Travel and leisure names continued to rise, with shares of TUI TUI, +5.15%, the Anglo-German multinational travel and tourism company, up around 7%. Those of cruise operator Carnival CCL, +1.89% CUK, +1.14% gained over 5% and airline operator International Consolidated Airlines gained over 3%.

Shares of Wolters Kluwer WKL, -5.55% tumbled 4%. The Dutch information services company reported a rise in net profit for 2020, and launched a share buyback program of up to €350 million ($425.3 million). But Wolters Kluwer also said it expects economic activity and spending patterns to be subdued for most of 2021.

German sportswear maker Puma PUM, -2.75% reported rising revenue and earnings in the fourth quarter and said it sees continued improvement for profits this year, though lockdown measures will hit its performance. Shares dropped 2%.