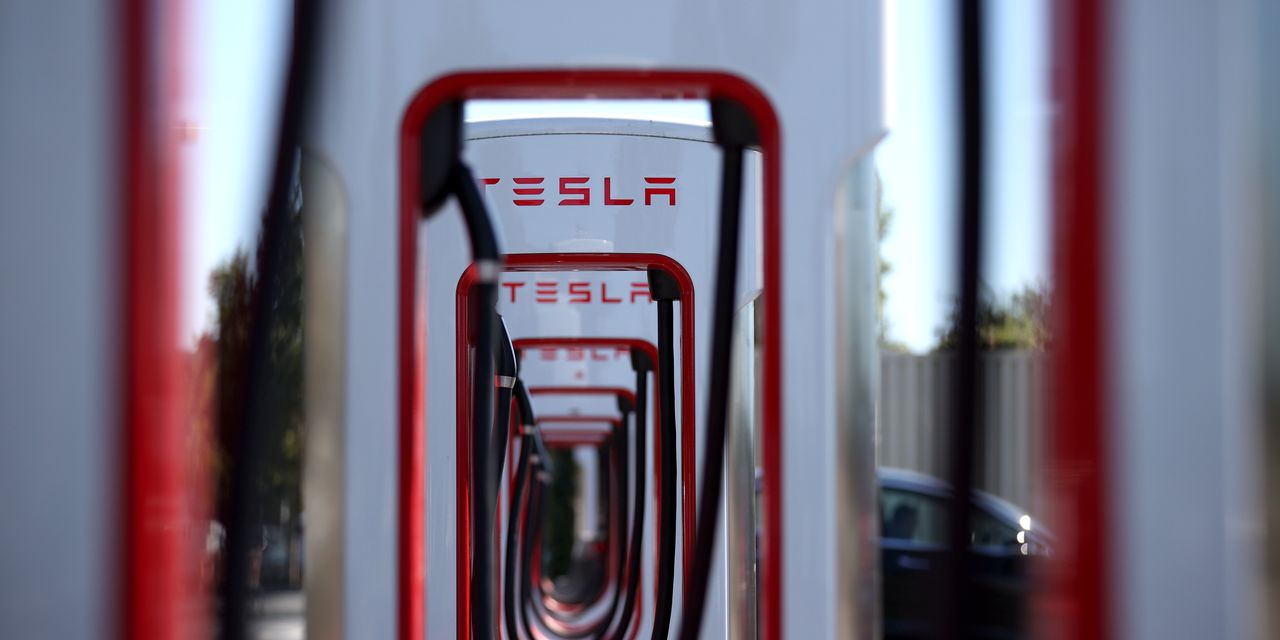 Tesla Inc. stock entered a bear market on Tuesday and a few analysts pinned that on the Silicon Valley electric-car maker’s recent bet on bitcoin.

Tesla was last in a bear market in September, around the time of its stock split, news that a major shareholder had sold some of its stake, and a stock offering.

“This pullback really started after Tesla made the decision to buy $1.5 billion of bitcoin,” Garrett Nelson with CFRA told MarketWatch. “Although Tesla used a relatively small percentage of their overall cash to make the purchase, it has investors questioning its future growth strategy.”

The selloff gained momentum on Tuesday following late Monday news that Lucid Motors plans to go public after a merger with a blank-check company, he said. The deal’s implied valuation of around $24 billion “is being viewed as highly disappointing” and as reflecting negatively on Tesla and other EV upstarts, Nelson said.

In a note Tuesday, analyst Dan Ives with Wedbush agreed with the bitcoin connection and the last few days of “nasty” declines for the shares, and added another reason of his own.

Tesla dove “into the deep end of the pool” with its bitcoin bet and the company’s “stock is now heavily tied to this digital currency,” Ives said. In theory, the investment is relatively small and would not “move the needle for Tesla,” he said.

“However, perception is reality on the Street and by Musk and Tesla aggressively
embracing bitcoin (from a transactional perspective as well), investors are starting
to tie bitcoin and Tesla at the hip,” Ives said.

“While Tesla on paper made roughly a $1 billion on bitcoin in a month that exceeded all its EV profits from 2020, the recent 48-hour sell off in bitcoin and added volatility has driven some investors to the exits,” he said. The lingering worry is that the “bitcoin sideshow” overshadows Tesla’s overall EV growth story.

Tesla stopping sales of its lowest price Model Y coupled with continued price cuts have led to Street demand concerns as the bears come out of hibernation mode, said Ives.

Tesla’s quarterly sales figures are likely to drive the stock upward and resolve some of those concerns, he said.

In the meantime, it’s “‘buckle up the seat belt time’ again for Tesla’s stock with
more volatility on the horizon,” Ives said.