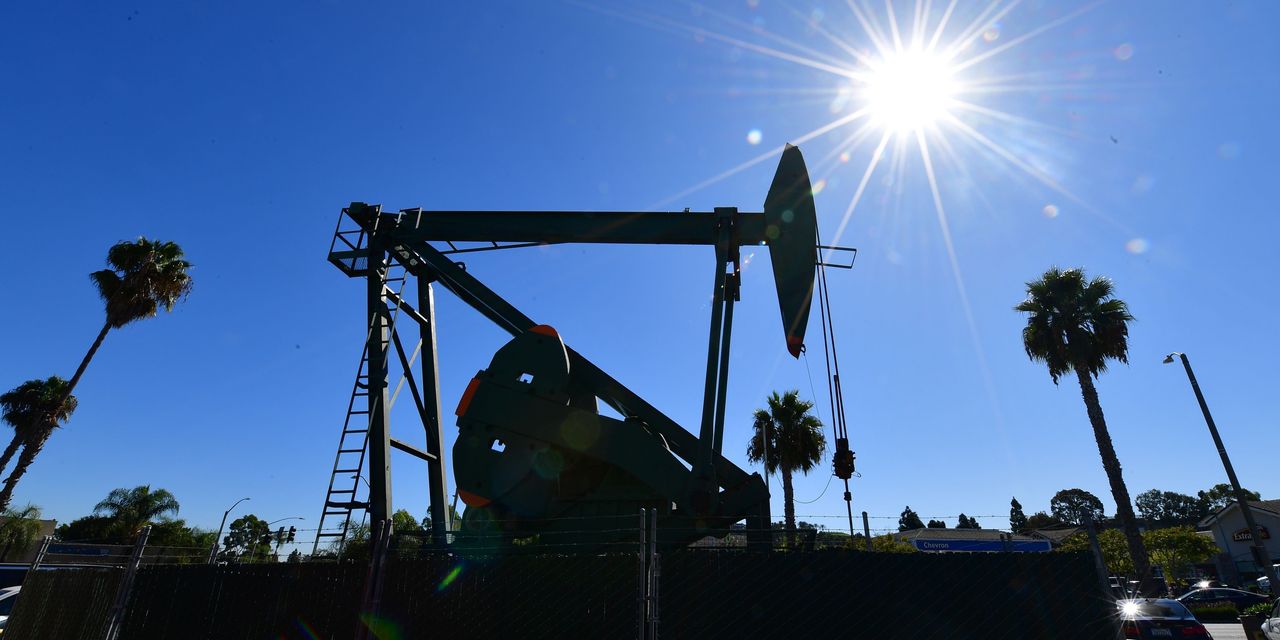 Oil futures on Tuesday looked to add to gains early in the week, lifted by expectations U.S. output curtailed by last week’s winter storms will be restored more slowly than initially anticipated as well as a broader rally across commodities.

“Oil has been caught up in the broader commodities move higher, with a weaker [U.S. dollar] proving constructive for the complex,” said Warren Patterson, head of commodities strategy at ING, in a note. “Meanwhile, there is also a growing view that the oil market is looking increasingly tight over the remainder of the year, with a number of analysts revising higher their price forecasts over the last week, including us.”

Goldman Sachs on Monday lifted its forecasts, calling for Brent to hit $75 a barrel by the end of the year. ING last week raised its 2021 forecast for the global benchmark, raising its outlook to $65 a barrel versus its previous forecast of $60 a barrel.

The ICE U.S. Dollar Index DXY, +0.17%, a measure of the currency against a basket of six major rivals, was up 0.2% Tuesday, trimming its weekly loss to 0.2%. The index is down 0.5% so far in February. A weaker dollar can be supportive for commodities priced in the unit, making them less expensive to users of other currencies.

Meanwhile, “the situation in Texas, which is home to many oil production and processing facilities, is worrying: temperatures below zero and the power and gas supply cuts that this has necessitated have paralyzed virtually all refineries in Texas, which have a daily production of up to 5.1 million barrels and account for more than a quarter of total US refinery capacity,” said Eugen Weinberg, commodity analyst at Commerzbank, in a note.

“So far, less than half has gone back into operation, which will likely weigh on supply both within and outside Texas. It will probably take even longer for Texan oil production to return to normal,” he said.

Still, Commerzbank contends optimism is overly upbeat and sees room for prices to turn lower after the brisk run-up.

“For one thing, we are still somewhat skeptical about demand, and for another the production discipline shown by OPEC+ is likely to falter in view of the high prices,” Weinberg said. “We also see a good chance of Iranian oil exports returning to the market if agreement can be reached with the US and sanctions are lifted.”