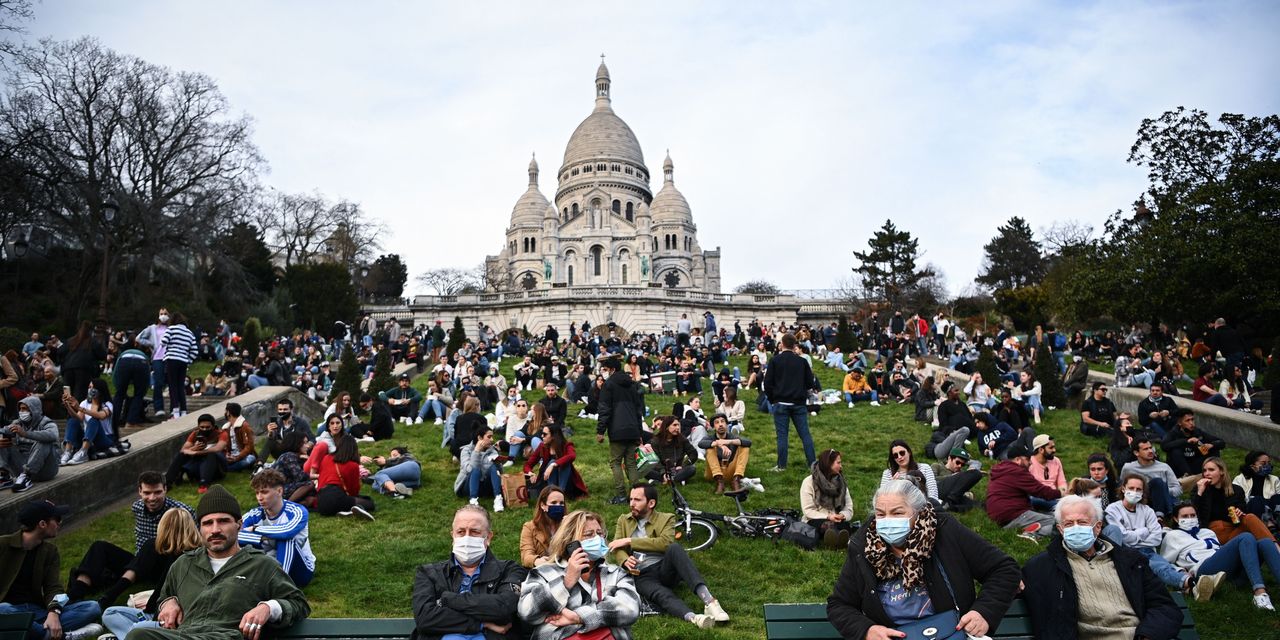 Investors continued to flee bonds and snap up commodities on hopes the rollout of vaccines will reinvigorate the global economy, sending European stocks lower on Monday.

U.K. Prime Minister Boris Johnson on Monday is set to unveil England’s reopening plan, that will start with schools and by the end of March extend to golf courses and tennis courts, according to published reports. The country’s furlough plan is set to be extended through the summer.

Globally, new coronavirus cases have dropped after peaking in January.

“One of the (many) hot stories in financial markets right now is the surge in base metal prices, where the likes of copper, tin, nickel, lead and zinc are all rallying on the back of global recovery hopes and supply challenges. This comes at a time when investors are coming around to the view that the Fed really does want to let inflation run hot and that bonds are certainly not an asset class to hold in the current environment. The key challenge for financial markets is whether the bond sell-off can prove orderly enough to allow reflationary asset classes – including equities to prosper,” said strategists at ING.

Miners including BHP Group BHP, +0.57% and Rio Tinto RIO, -0.88% advanced, and banks including HSBC Holdings HSBA, were helped by the steepening of the yield curve, which is suggestive of higher margins.