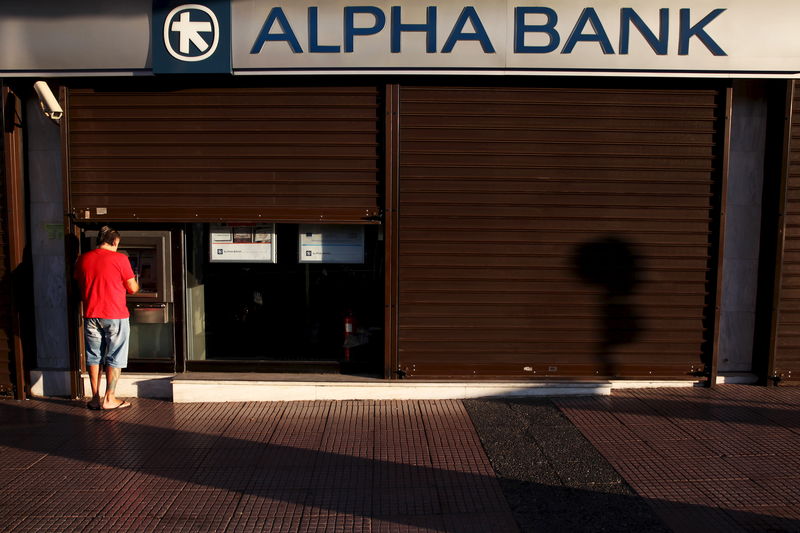 The sale of the portfolio, known as Galaxy, will be the second-largest rated securitisation of non-performing exposures (NPEs) in Europe after Monte dei Paschi’s Sienna project, it said.

Reuters had exclusively reported that Alpha Bank had selected Davidson Kempner as its preferred bidder in November last year.

The deal involves Alpha selling 51% of the mezzanine and junior securitisation notes of the 10.8 billion euro NPE portfolio along with 80% of loan servicing subsidiary Cepal Holdings.

“This is a turning point for our bank as we are making a decisive step in dealing conclusively with the legacy asset quality issues from the long-lasting recession in Greece,” Alpha CEO Vassilis Psaltis said in a statement.

“In spite of the unprecedented conditions we experienced due to COVID-19, we are proud to have managed to sign such a complex transaction in just eight months from launch,” he said.

The deal puts Cepal’s enterprise value at 267 million euros, with Alpha having further upside through an earn-out of up to 68 million linked to the achievement of certain targets, the bank said.

It said the mezzanine and junior securitisation notes will be sold to an entity managed and advised by Davidson Kempner for cash, at an aggregate valuation for 100% of those notes of 40 million euros.

Total proceeds for Alpha Bank, including the senior notes and the sale price of the mezzanine and junior notes, correspond to about 35% of the portfolio’s total gross book value.

The sale is expected to close in the second quarter, subject to regulatory approvals. Deutsche Bank (DE:DBKGn) was Alpha Bank’s lead financial adviser.