Home
Stocks
Commodities Corner: Silver’s rally gets snuffed out, but the precious metal remains undervalued
Prev Article Next Article
This post was originally published on this site 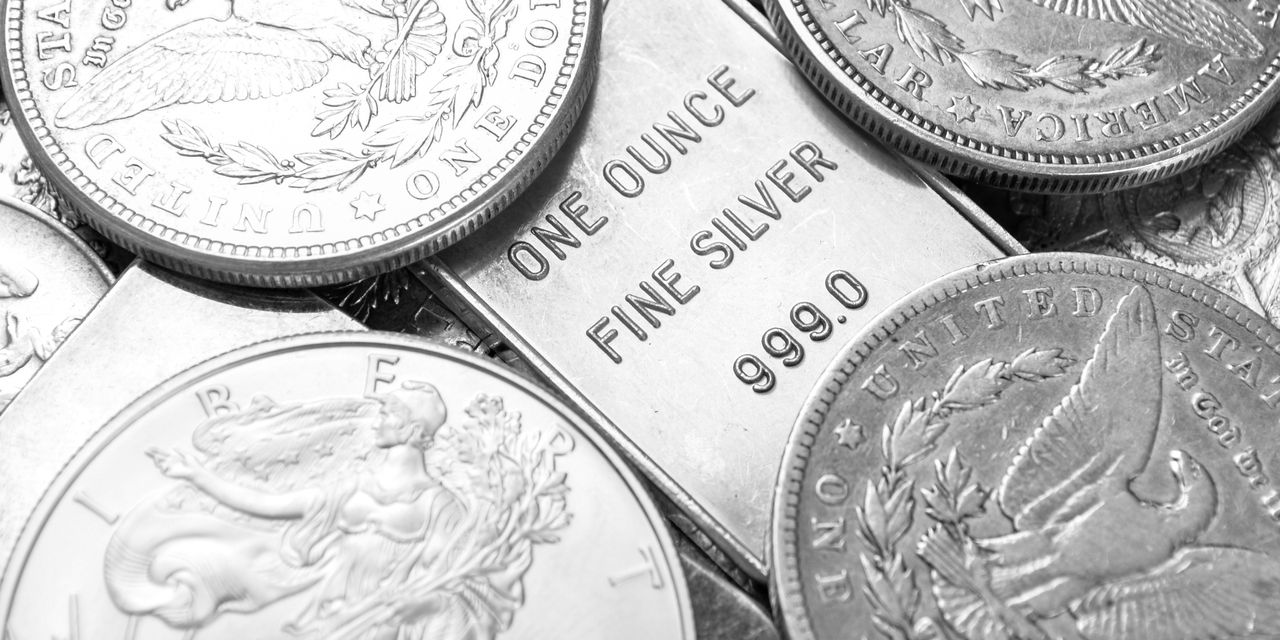 Frenzied trading in silver in the past week lifted prices to an eight-year high, but the fundamentals already pointed to a break out for the precious metal before the latest rally, some analysts say, and it remains undervalued.

“Reddit-triggered buying” was a significant event that “lit a fuse,” says Paul Mladjenovic, author of “Investing in Gold and Silver for Dummies.” The physical market is extremely tight and demand is stronger than usual, so there is power to the upside for silver prices.

On Feb. 1, futures prices SIH21, +2.92% SI00, +2.92% settled at $29.418 an ounce, the highest finish since February 2013. Traders attributed the climb that began on Jan. 28 to coordinated buying by investors gathering in social-media platforms, following a post on Reddit which suggested executing a short squeeze on silver.

It was really a combination of factors that led to silver’s rise, says Frank Holmes, chief executive officer of U.S. Global Investors. “Solar panels have been a massive industrial demand” source, and President Joe Biden’s climate change initiative is bullish for silver demand, he says.

In a late January blog post, Holmes wrote that silver would become a major beneficiary of emerging industrial applications, including an increase in solar power generation and the global rollout of 5G mobile phone technology, which will boost the need for the metal.

Silver’s physical market was already stressed, with major world manufacturers and mines encountering more demand for certain fabricated bars and coins “than their ability to produce product since the Jan. 6 storming of the U.S. Congress.” That episode created a demand surge for gold and silver, says Dana Samuelson, president of American Gold Exchange Inc.

The Reddit-driven surge strained supplies even further, pushing premiums that dealers charge each other higher, Samuelson says, as “dealers across the country rushed to buy any immediately deliverable production.”

“Rising investment demand could absolutely increase silver prices over the long run,” says Ryan Giannotto, director of research at GraniteShares. Precious metals had not captured the interest of young investors, but this event may have marked a turning point, he says.

With the “inflationary pressures of low rates, continued stimulus and a falling dollar, all precious metals are in an environment conducive for materially higher price potential,” Giannotto says.

They’ve pulled back since then, but are still a long way from the all-time settlement high for most-active silver futures at $48.599 an ounce on April 29, 2011, based on FactSet data, according to Dow Jones Market Data. The most-active March silver contract settled at $26.234 on Thursday.

About 40 years ago, silver bullion prices climbed around 400% when the Hunt brothers famously cornered the market, with prices rising from $11 in September 1979 to $49.45 in January 1980, based on the London PM Fix, according to The Silver Institute. The institute noted that prices fell to below $11 an ounce two months later.

After those two attempts in the past to top $50, “the third time is the charm for silver,” says book author Mladjenovic, who estimates the price will hit and exceed $50.

“ “The market is stronger now, especially with problems unfolding with inflation, debt, and spending.” ”

— Paul Mladjenovic, author of “Investing in Gold and Silver for Dummies.”

“With or without the Reddit phenomena,’’ buying quality silver stocks and exchange-traded funds makes sense, Mladjenovic says. “The market is stronger now, especially with problems unfolding with inflation, debt, and spending.” Triple-digit silver—$100 or more—is a possibility in the near future, he adds.