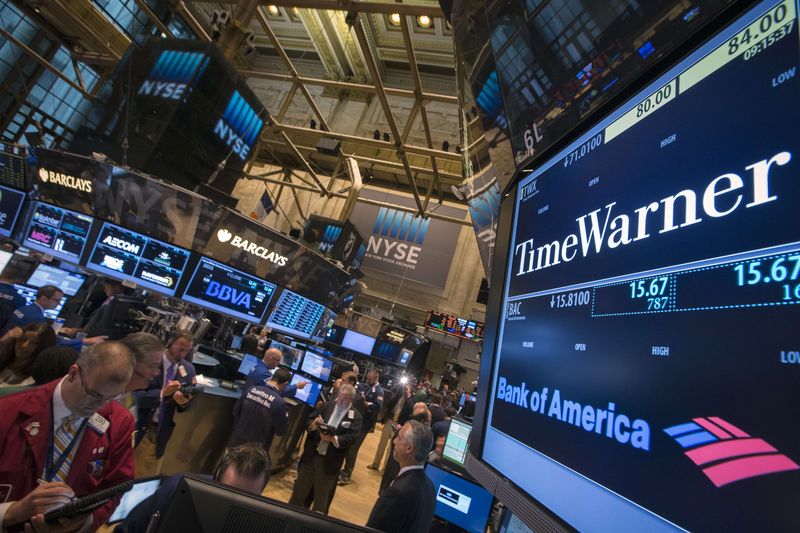 (Reuters) – U.S. stocks rose more than 1% on Thursday and the S&P 500 and Nasdaq posted record closing highs after another batch of upbeat earnings and data suggesting the labor market may be stabilizing.

The Dow and S&P 500 rose for a fourth straight day, with investor hopes of further progress on a pandemic-relief package also boosting the market. Democrats in the U.S. Senate were poised to take a first step toward the ultimate passage of President Joe Biden’s $1.9 trillion COVID-19 relief proposal.

On the economic front, the number of Americans filing new applications for unemployment benefits decreased further last week, according to the Labor Department’s report.

Stronger-than-expected results so far in the fourth quarter have driven up analysts’ expectations, and S&P 500 companies are now on track to post earnings growth for the quarter instead of a decline as initially expected.

The major indexes have bounced back sharply this week also as a recent buying frenzy driven by social media appeared to stall following a bout of market volatility last week.

Shares of videogame retailer GameStop Corp (NYSE:GME) and other recent favorites of retail investors fell again on Thursday. U.S. Treasury Secretary Janet Yellen has said that she and financial market regulators needed to “understand deeply” what happened in the recent retail trading frenzy before taking any action. GameStop shares ended down 42.1%.

Investors will be watching closely the U.S. government’s monthly employment report due out Friday.

According to a Reuters poll of economists, payrolls likely increased by 50,000 jobs in January after declining by 140,000 in December.

Volume was down from last week’s levels. Volume on U.S. exchanges was 14.09 billion shares on Thursday, compared with the 15.5 billion average for the full session over the last 20 trading days.

Advancing issues outnumbered declining ones on the NYSE by a 2.53-to-1 ratio; on Nasdaq, a 2.78-to-1 ratio favored advancers.