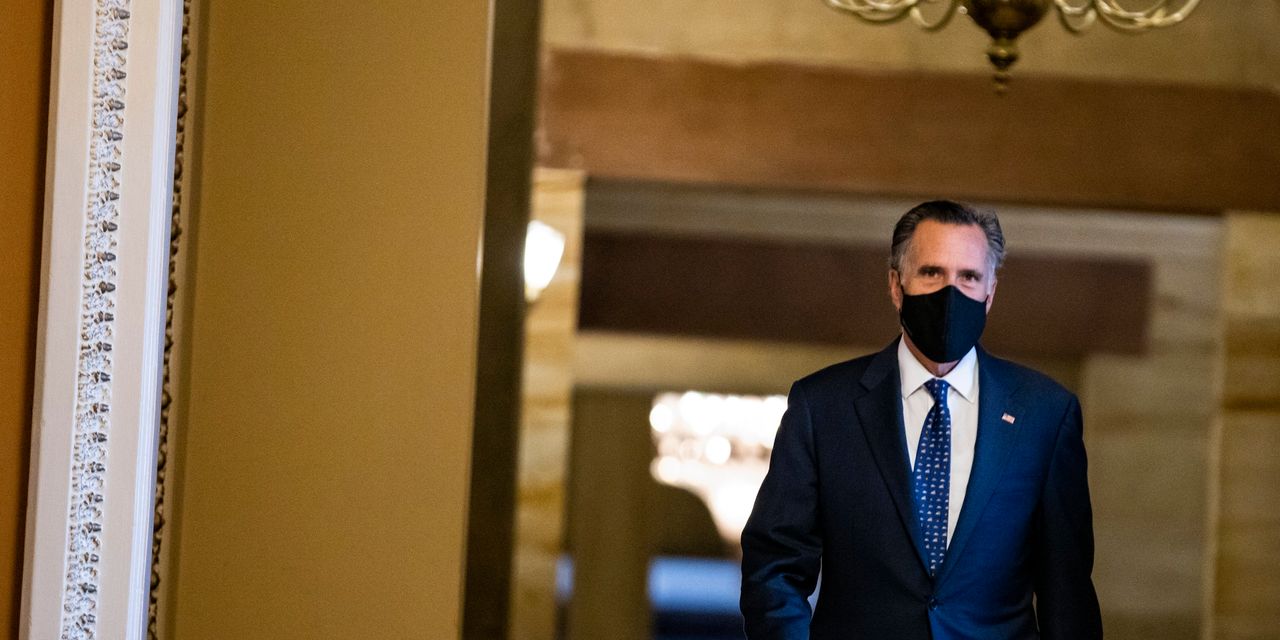 Mitt Romney has a question for fellow Senate Republicans who’ve adopted the talking point that the House impeachment of President Donald Trump — he was still president when impeached, on Jan. 13 — for inciting an insurrection and the coming Senate trial on that charge will only exacerbate division in the country:

“ ‘I say, first of all, have you gone out publicly and said that there was not widespread voter fraud and that Joe Biden is the legitimate president of the United States?’ ”

Were they to satisfy that condition — optimally, Romney suggested, on Fox News — then, he said this week in an online forum hosted by the Economic Club of Chicago, he’d be “happy to listen to [them] talk about other things that might inflame anger and divisiveness.”

See: Impeachment prosecutor says Trump committed ‘the most dangerous crime’ ever by a president

With that, the 2012 Republican presidential nominee, former governor of Massachusetts and now the junior senator from Utah embraced the notion that Trump’s refusal to concede his electoral loss to President Joe Biden was fair and legitimate — the “big lie,” many call it, referencing a notorious historical propaganda technique — is at the center of ongoing conspiracy theories surrounding the election and has led to the unsettled atmosphere, including the violent, and deadly, Jan. 6 siege of the U.S. Capitol, that has since ensued.

“You’ve got to have that [fervent belief among Trump supporters that his would-be second term was stolen] get into the rear-view mirror before you talk about the next stage,” Romney said, according to the Deseret News.