Wall Street appeared to cheer a change of leadership in the White House, producing one of its best returns in nearly four decades on the day of a new president’s inauguration.

Read: Stock-market performance under Trump trails only Obama and Clinton

The Dow Jones Industrial Average DJIA, +0.83% and the S&P 500 index SPX, +1.39% on Wednesday rose 0.8% and 1.5%, respectively, for their best Inauguration Day gains since Ronald Reagan took the oath of office for his second term in 1985, according to Dow Jones Market Data. 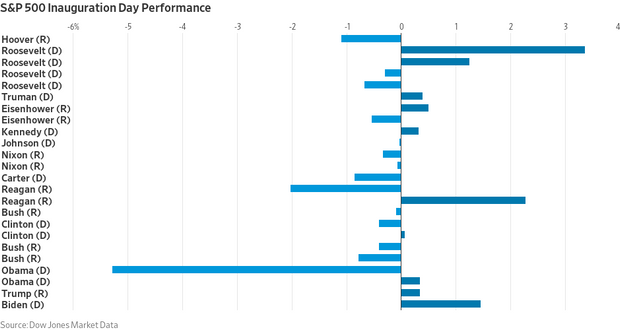 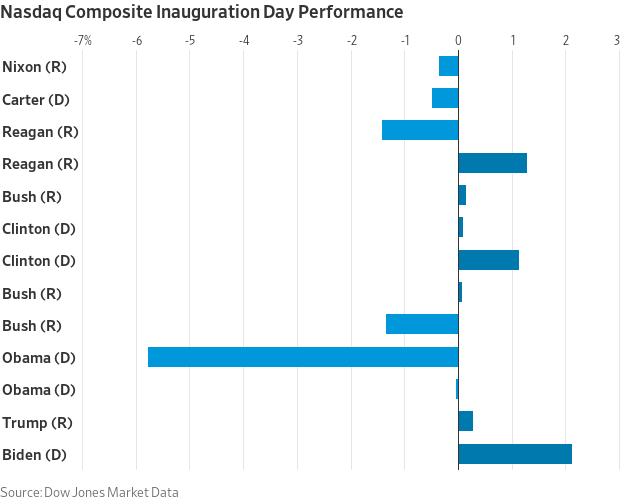 On top of the sizable gains, the major benchmarks closed at all-time highs.

Biden takes the reins as the nation continues to reel from the COVID-19 pandemic and remains rattled by deep divisions in American politics, perhaps best highlighted by the violent storming of the Capitol two weeks ago by Trump supporters, which resulted in the death of at least five people.

Biden emphasized unity and recovery from the epidemic in his inaugural address, with the 46th president proposing a $1.9 trillion coronavirus relief package that is likely to face challenges by Republican rivals reluctant to dial up greater national deficits even to limit the depth of the viral-induced economic recession.

Still, many investors see opportunities for further gains in the market if vaccines help to engender a healthy, if not rapid, rebound from the pandemic sometime in the second half of 2021.