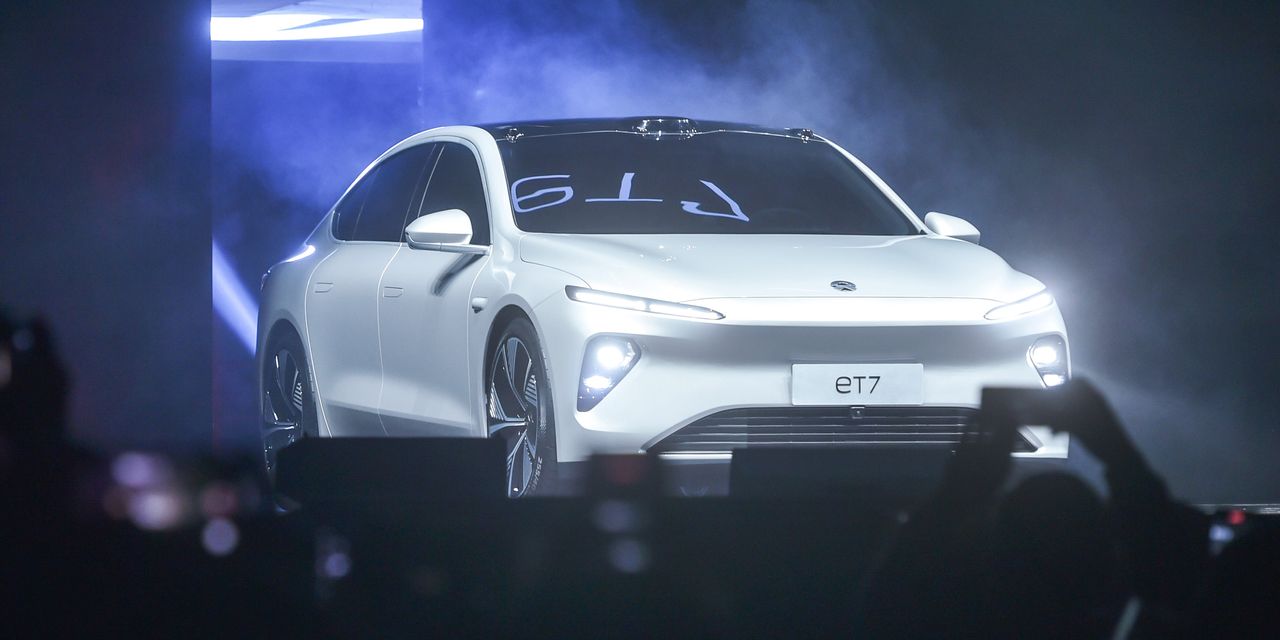 B. of A. analysts raised their price target on Tesla TSLA, -5.31% stock to $900, from $500, praising Tesla’s fourth-quarter sales as “solid” and saying that the company’s $5 billion stock offering in December reinforces their view that it “will utilize its stock to raise low-cost equity capital to fund accelerated growth.”

“(Tesla) stock is driven by growth afforded by valuation,” the analysts, led by John Murphy, said in a note.

“The higher the upward spiral of (Tesla’s) stock goes, the cheaper capital becomes to fund growth, which is then rewarded by investors with a higher stock price. The inverse of this dynamic is also true, and it is this self-fulfilling framework that appears to explain the extreme moves in (Tesla) stock to the upside and downside,” the analysts said.

Tesla shares took a breather on Monday following an unprecedented 11-day winning run in previous days. The stock is up 776% in the past 12 months, compared with gains around 17% for the S&P 500 index SPX, -0.22% in the same period.

Nio ADRs rallied on Monday, trading as high as $66.89 earlier and up nearly 9% at last check. A close higher would be a second straight record high for Nio.

The company held a “Nio Day” on Saturday, unveiling a new luxury sedan, the ET7, and showcasing its technological advances. The ET7 and its autonomous driving capabilities will feature Nvidia Corp.’s NVDA, +5.12% “orin” chip, in a partnership also announced Saturday.

The “Nio Day” reveals led analysts at JPMorgan to increase their price target on the ADRs to $75, from $50, and “sustain our view that Nio will continue to trade more like a fast-growth technology/EV stock than a carmaker,” the analysts said. They kept their rating on Nio’s ADRs at their equivalent of buy.