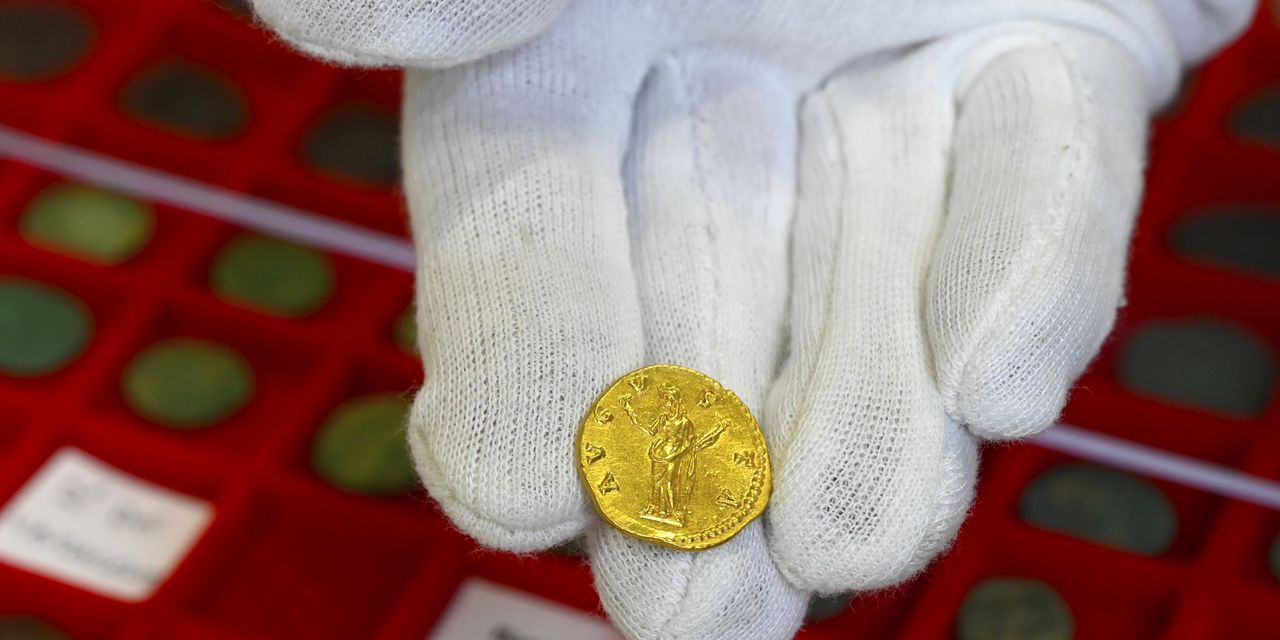 Futures for gold were bouncing around on Monday as global stocks retrench and bitcoin, the biggest recent rival to gold, suffered a price correction after a massive rally above $40,000.

A recently buoyant dollar may be capping upside moves for metals on the day. The ICE U.S. Dollar Index DXY, +0.65%, a measure of the currency against a basket of six major rivals, was up 0.5%.

A firmer dollar was likely to limit the ascent for gold and silver prices, dealers said, because a stronger dollar can make assets priced in the currency comparatively more expensive to overseas buyers.

Trading in precious metals on Monday comes after gold lost nearly 3.2% for the week, while silver saw a weekly slide of 6.7%.

Growing restrictions on social mobility throughout the globe as COVID-19 faces a resurgence may help to boost gold’s value, experts say. In the past week, the U.S. has averaged 254,866 cases a day, numbers that experts had warned would materialize if Americans traveled in large numbers during the recent holiday season.

“The week has started with some recovery signals from the greenback, while stock markets are taking a small pause after the recent rallies,” wrote Carlo Alberto De Casa, chief analyst at ActivTrades, in a research report.

The slight gains for gold also come as bitcoins BTCUSD, -14.85% were in correction mode, usually defined as a fall by at least 10% from a recent peak. Bitcoins have been recently considered somewhat of a speculative rival to gold by some bullish buyers committed to the idea that digital currencies represent the future of finance, with bitcoins seen having the potential to supplant gold as a store of value.

On top of that, stocks, which have been on a tear, where pulling back after a record run, delivering a lift to buyers who perceive gold and silver as a hedge against stocks whose valuations are considered too lofty, as the economy attempts to recover from the COVID-19 pandemic.