Home
Stocks
Key Words: Party like it’s 1999? ‘Blue wave’ should keep ‘the bull market in everything’ alive for a while, but that could change in a hurry, strategist warns
Prev Article Next Article
This post was originally published on this site

That’s Edward Yardeni, president of Yardeni Research, taking a cautious view in a recent CNBC interview of where the stock market is headed from here. The relentless rally in cryptocurrency, he explained, is just one of the signals pointing to potential weakness.

“It’s just part of the bull market in everything,” Yardeni explained. “It’s very important whether you’re in or not in bitcoin BTCUSD, -9.82% to just stare at the chart, and realize when it’s going straight up — it’s certainly a sign of exuberance, of speculative excess.” 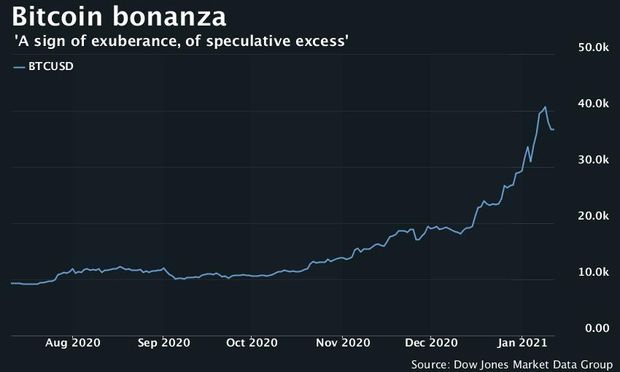 As for a timeline of when it could take a turn for the worse, Yardeni, a longtime Wall Street strategist, said that the broader market rally should have some legs for awhile.

But that could change in a hurry as the U.S. economy begins to recover from the pandemic. “In the second half of the year,” Yardeni said, “we may be on the lookout for some consumer price inflation which would not be good for overvalued assets.”