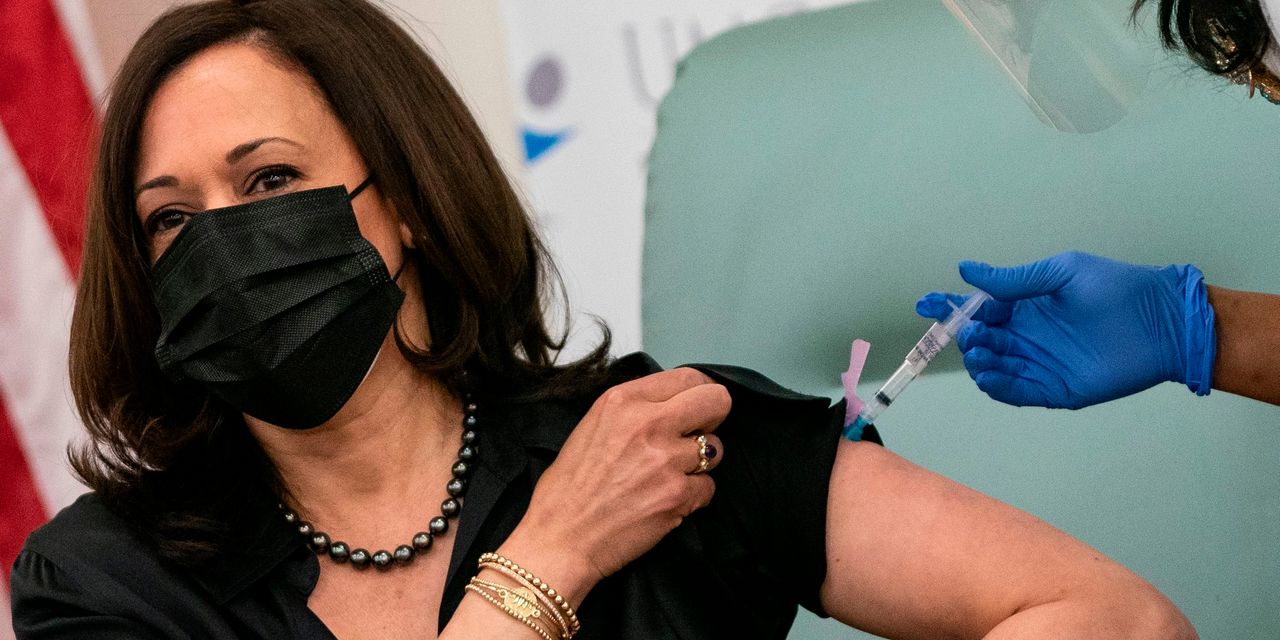 The slower-than-promised rollout of COVID-19 vaccines in the U.S. prompted a series of frustrated social-media rants and other expressions of outrage on Tuesday, with public health experts blasting the federal government’s failure to take the lead, while President-elect Joe Biden lamented that “the effort is not progressing as it should.”

The U.S. has so far vaccinated just 2.1 million people and distributed 11 million doses of the two vaccines that have been granted emergency-use authorization, one developed by Pfizer Inc.  PFE, +0.62%   with German partner BioNTech SE  BNTX, +0.19% and the other developed by Moderna Inc.  MRNA, +2.68%,  according to the Centers for Disease Control and Prevention.

That is far below projections made by “Operation Warp Speed,” the federal government program created to accelerate the development of treatments and vaccines against COVID-19. Biden noted that leaders of that program had set a goal only recently of having 20 million Americans receive a first vaccine dose by year-end and, with just two days left in the year, stand one-tenth of the way toward that figure.

See: WHO says coronavirus pandemic is ‘not the big one’ the world needs to brace for

“In October,” said Kavita Patel, a primary-care physician and health-policy expert who served in the Obama White House, “we heard from Operation Warp Speed that we would have 100 million doses by year-end,” she said. “We kind of thought that was unreasonable. Then the expectation dropped to 40 million and then to 20 million by the end of December. We have dosed 2.2 million, which is far short of that 20 million.”

Read: Americans who will get COVID-19 vaccine say they’ll do it for one key reason more important than country, economy or community

The failure to meet vaccine targets “feels like a letdown in so many ways, but I’m not surprised, sadly, given how testing has gone, tracing is not existing at all, and how we’re getting caught off-guard by this new [virus] variant because of our lack of genomic surveillance,” said Patel, whose clinic is one of the sites that is part of the vaccination strategy for the District of Columbia, in an interview on MSNBC.

Dr. Ashish K. Jha, dean and professor of health services, policy and practice at the Brown University School of Public Health, took to Twitter to vent: “Personally, I’m incredibly frustrated,” he wrote. “Did we not know that vaccines were coming? Is vaccine administration a suprise?”

Besides the overall delay in shipping vaccines to individual states, there is no coordinated plan on what happens once vaccines arrive, he said. “No plan, no money, just hope that states will figure this out.”

That means that state departments of health, already overburdened by nine months of managing testing, data analysis, advising businesses and schools and running public information campaigns, are also on the hook for creating vaccine infrastructure, he said.

See: Getting COVID-19 vaccines to rural America will be difficult — here’s what it will take to overcome that

States are already running huge deficits as their revenue bases were decimated by stay-at-home orders and restrictions on movement during the pandemic, and Congress has not sent them necessary funds, he said. As a result, the extra costs are being passed on to hospitals and nursing homes, which themselves are scrambling to manage the crisis.

“There appears to be no investment or plan for the last mile,” said Jha. “No effort from [the federal government] to help states launch a real vaccination infrastructure. Did the feds not know vaccines were coming?”

Jha later added an addendum to his Twitter thread that a Department of Health and Human Services spokesperson had said states were given $6 million for vaccine preparation, a sum he dismissed as “trivial dollars.”

Dr. Eric Feigl-Ding, an epidemiologist and senior fellow at the Federation of American Scientists in Washington, tweeted about a colleague whose mother died of COVID just days before she was due to be vaccinated, another casualty of the delayed rollout.

Feigl-Ding urged a speedier authorization for the third leading vaccine candidate, the one being developed by AstraZeneca AZN, +1.05% AZN, +0.09% and Oxford University.

The administration of incumbent President Donald Trump has been widely criticized for its handling of the pandemic, which has caused the loss of 335,051 American lives and infected more than 19 million people. With just 4% of the global population, the U.S. accounts for about 20% of cases and fatalities. Trump has repeatedly played down the severity of the crisis, said it would simply disappear, and dismissed health measures such as mask wearing.

Biden created a pandemic task force shortly after his election in early November, saying his administration would be “informed by science and by experts.”

On Tuesday, he allowed that the continuing battle against the public health crisis represented the “greatest operational challenge we’ve ever faced as a nation.”