Home
Stocks
Capitol Report: All eyes on Mike Pence as Congress prepares to officially declare 2020 presidential election winner
Prev Article Next Article
This post was originally published on this site 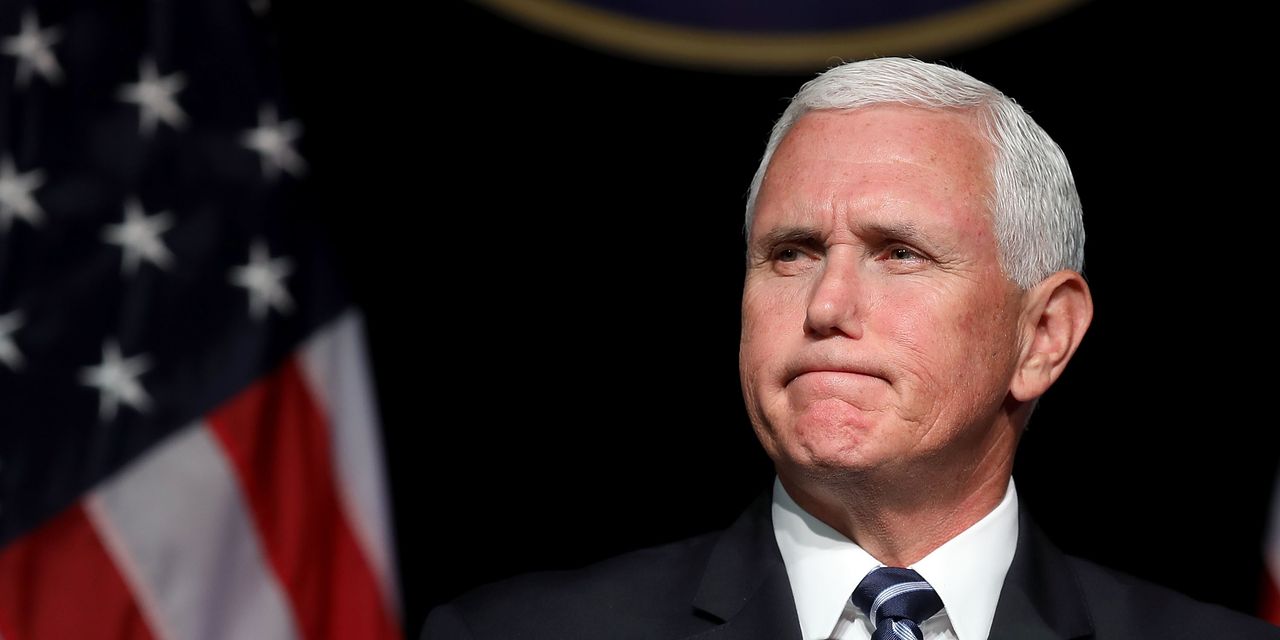 Vice President Mike Pence will become the center of attention in Washington and across the country on Jan. 6 when the newly elected Congress, presided over by the vice president, will count Electoral College votes and officially declare the winner of the 2020 presidential election.

As President of the Senate, Pence will chair the proceedings, and many prominent conservatives now argue that the Constitution grants the vice president the power to unilaterally accept or reject the presidential election results from any state he chooses.

Rep. Louie Gohmert, a Texas Republican, sued Mike Pence in his official capacity as Vice President in federal court in Texas Monday, hoping to have the court rule that federal laws that restrict Pence’s authority in the counting of electoral votes are unconstitutional.

“Vice-President Pence … is subject solely to the requirements of the Twelfth Amendment and may exercise the exclusive authority and sole discretion in determining which electoral votes to count for a given state,” the complaint reads.

It goes on to say that Pence “must ignore and may not rely on [federal laws] that would limit his exclusive authority and his sole discretion to determine the count,” which could include purported slates of Republican electors that voted on Dec. 14 without the sanction of state governments in contested states like Arizona, Pennsylvania and Georgia.

Election-law experts said that the lawsuit is not likely to go anywhere because Gohmert and the Arizona Republican officials suing the Vice President lack standing and because the suit contains provably false statements.

“The chance that Judge Kernodle does anything but dispose of this ridiculous case ASAP is 0,” wrote Raffi Melkonian, an appellate lawyer at Wright, Close & Barger in Houston wrote in a tweet. “A federal judge is not going to sign a judgement saying the vice president can overturn the election.”

Meanwhile, the suit falsely stated that on Dec. 14 “members of the Arizona Legislature passed a joint resolution” declaring the November presidential election was fraudulently conducted and that it invoked its authority under the Constitution and federal law to declare the 2020 general election failed, and directly appointed electors that would vote for Donald Trump.

In fact, the Arizona Legislature never voted on these measures, though a minority of Republicans in the legislature did hold an unofficial meeting in support of these claims.

Derek T. Muller, Professor of Law, University of Iowa College of Law wrote in a blog post Tuesday that “members” of a legislature do not constitute the legislature itself. “They cannot ‘pass’ a ‘joint resolution’ under state law unless they go through the lawmaking process.”

Nevertheless, the suit highlights that President Donald Trump’s fiercest supporters, including many elected Republicans, still see a path for November’s election results to be overturned, one that goes straight through Pence.

Last Monday, Trump and Pence reportedly took part in a meeting coordinated by Republican Rep. Mo Brooks of Alabama and other House conservatives to discuss lawmakers’ plans for the Jan. 6 joint session of Congress.

Federal law stipulates that during the joint session, Pence will open envelopes containing the votes of electors for each state in alphabetical order. He will then had them to tellers that announce the results.

If both a representative and a senator agree to object to a state’s election results, the Senate and the House of Representatives will adjourn to their separate chambers to debate the matter for up to two hours and then hold a vote on whether to reject a slate of electors.

This scenario seems likely to happen, after several Republican representatives have come forward saying they will challenge results, while Alabama Republican Senator-elect Tommy Tuberville has said he might join in, despite Sen. Mitch McConnell urging his caucus not to.

But if Rep. Gohmert’s argument is correct — that the the Vice President can unilaterally decide whether to accept a slate of electors — these objections would become moot.

As with past longshot efforts to get court rulings that could lead to the overturn of an election, this one is likely to go nowhere, experts say, given the wide-ranging implications of endowing the vice president overwhelming powers to determine the winner of every presidential election.

“Sudden uptick in freakout about Vice President Pence saying some magic Latin words to steal an election where the results aren’t actually up in the air,” Justin Leavitt, constitutional law expert at Loyola Law School said in a tweet. ” Law is a dispute resolution mechanism, not a series of spells. Stop worrying about a deus ex machina. That’s not how any of this works.”