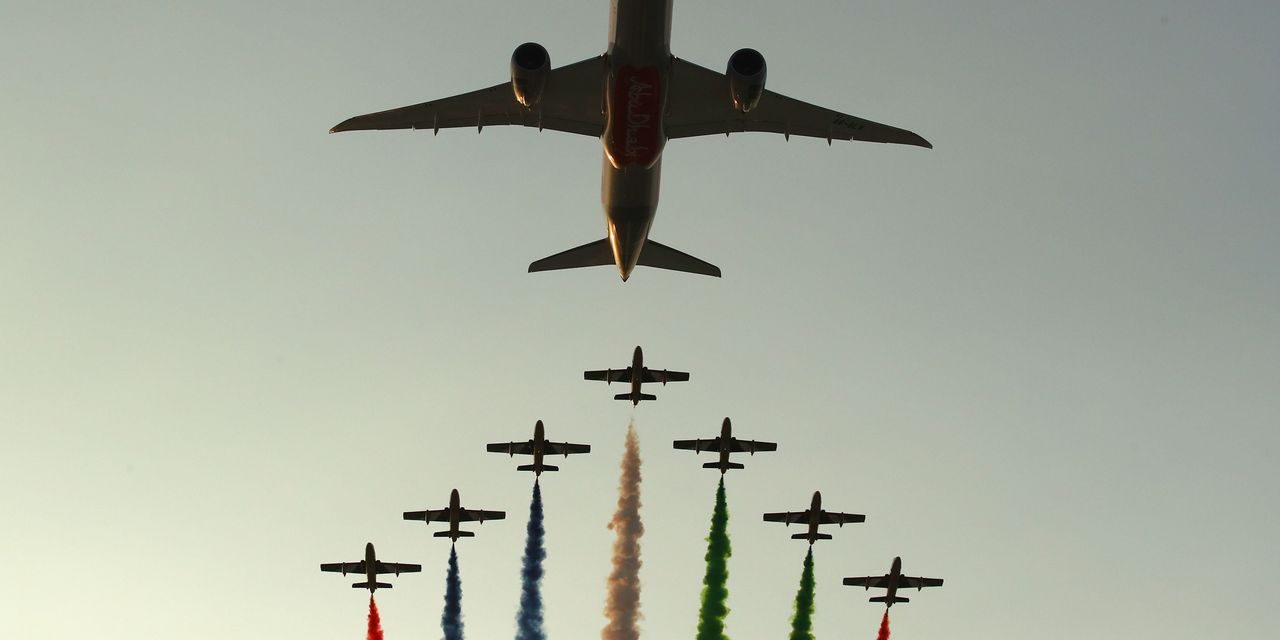 Shares of AeroCentury Corp., a company that leases aircraft and engines to regional air carriers, were up more than 1,300% on Monday, after the company said the NYSE American stock exchange has accepted its plan to remain a listed company.

The news propelled a stock ACY, +414.85% that was trading below $3 just last week to $38.04. More than 34.8 million shares had changed hands as of early afternoon, compared with a 65-day daily average trading volume of just 72,410. The stock was temporarily halted for volatility.

Burlingame, Calif.–based AeroCentury said in a regulatory filing it had received a deficiency letter from the NYSE in September, outlining that it was not in compliance with listing standards. The company subsequently submitted a plan to the exchange to bring it back into compliance within 18 months of receiving the initial letter. It then received a letter from the exchange in late November telling it the plan had been accepted with a target completion date of March 11, 2022.

AeroCentury posted a net loss of $4.1 million, or $2.64 a share, in the third quarter, narrower than the loss of $8.2 million, or $5.32 a share, reported in the year-earlier period. The numbers included impairment losses related to the write-down of the fair value of two regional jet aircraft that were held for lease and then sold in October.

Meanwhile, shares of ATIF Holdings Ltd., a company that said in a July 8 press release that it had acquired a 6.6% stake in AeroCentury, rose 74%.