Home
Stocks
Autotrader: This is the fastest car Toyota makes
Prev Article Next Article
This post was originally published on this site

I recently spent a week with the keys to the 2020 Toyota RAV4 Prime, and I really liked it. I’m already a big fan of the current-generation RAV4 in both regular gas and hybrid form. It’s the vehicle I’ll instantly recommend to anyone looking for a ‘small SUV’, as it offers excellent reliability, efficiency, all the safety features you’d want, and great style.

The RAV4 Hybrid is especially impressive, as it’s rated by the EPA at 40 miles per gallon combined while offering standard all-wheel drive.

The new RAV4 Prime sits at the top of the RAV4 lineup as the ultimate RAV4. You can think of it as a plug-in hybrid take on the RAV4 Hybrid, just as the Prius Prime is to the regular Prius. 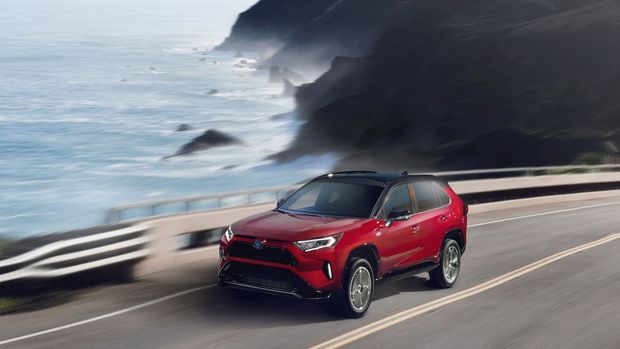 While the RAV4 Hybrid packs a 1.6 kWh nickel-metal-hydride battery pack, the RAV4 Prime uses a much larger 18.1 kWh lithium-ion battery pack that when fully charged, allows for 42 miles of electric range; enough for most people’s daily commute, if that ever becomes a thing again.

A 3.3 kW charging setup comes standard. A full charge takes 12 hours using a standard 120 volt home outlet, or 4.5 hours using a 240-volt outlet, like the one used for your clothes dryer. A 6.6 kW charging setup is optional and drops 240-volt charging time to 2.5 hours. Once that battery is depleted, the RAV4 Prime functions much like a RAV4 Hybrid and returns 38 mpg combined according to the EPA.

Something else cool about the RAV4 Prime is that since it’s a plug-in, it qualifies for a $7,500 federal tax credit, which effectively lowers the price you’ll pay for it by that amount.

So while it comes in at around $7,000 more than a comparable RAV4 Hybrid according to the two vehicles’ sticker prices, in reality, you’ll actually save a few hundred dollars by opting for the Prime – if you can find one.

Built only at the company’s Nagakusa plant in Japan, Toyota TM, +0.26% is reportedly only building 5,000 RAV4 Prime examples for the 2021 model year. I suspect this thing will be a hit though, and that it’ll be more widely available starting with the 2022 model.

The RAV4 Prime’s battery pack has big performance implications. The vehicle makes a combined 302 horsepower when the battery and gas engine are working in conjunction, which gives it a 0-60 time of 5.7 seconds according to Toyota.

The company likes to point out that this makes it the second-fastest vehicle in its lineup, after the Supra. But we all know the Supra isn’t a real Toyota, given that it’s designed and built by BMW BMW, +1.78% for Toyota using mostly BMW parts.

If we accept the Supra as a BMW wearing Toyota badges, then the RAV4 Prime becomes the fastest Toyota that’s actually a Toyota. 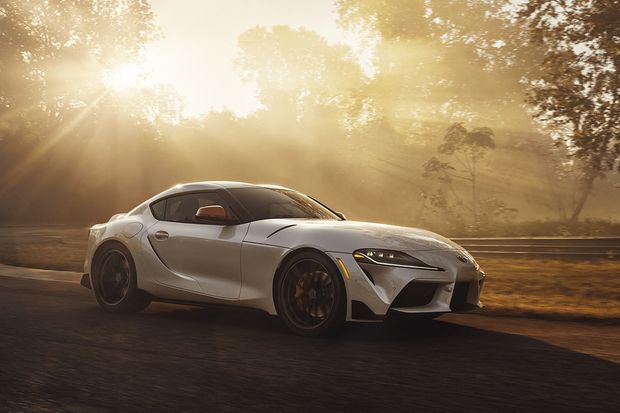 The Toyota Supra. Fast, but with mostly BMW parts.

This is fascinating to me; one of the two biggest automakers in the world claims a plug-in hybrid SUV as its fastest vehicle.

This isn’t a knock on Toyota or on PHEVs, but rather a sign of changing tides in the auto industry. I’m excited to see which other automakers roll out a hybrid SUV as their fastest vehicle next, because while Toyota is first, it certainly won’t be the last.