Home
Stocks
: AstraZeneca’s COVID-19 vaccine could be approved in U.K. ‘shortly after Christmas’ – top Oxford scientist says
Prev Article Next Article
This post was originally published on this site 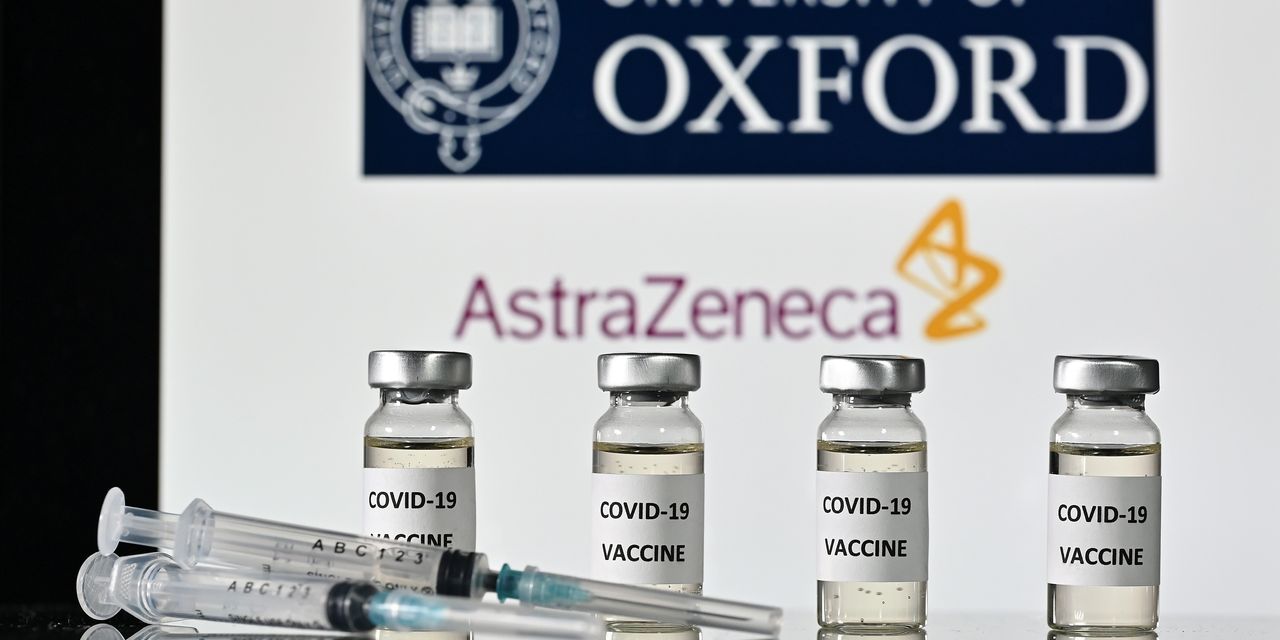 The COVID-19 vaccine being developed by AstraZeneca could be approved “shortly after” Christmas, according to Oxford University’s Regius Professor of Medicine, raising hopes for millions of people and pandemic-stricken businesses across the country.

John Bell told the BBC Radio 4’s Today programme that he expected Britain’s medical regulator to give the green light to the experimental shot being jointly made by AstraZeneca AZN, -0.08% and Oxford University, “pretty shortly.”

The Medicines and Healthcare products Regulatory Agency has received “multiple sets of data” about the AstraZeneca-Oxford vaccine candidate, Bell told the BBC, adding that he had “no concerns whatsoever that the data looks better than ever.”

“I doubt we’ll make Christmas now, but just after Christmas I would expect,” Bell said.

Shares in AstraZeneca AZN, -0.08%, which have risen by more than 4% so far this year, were trading 0.57% lower in London on Wednesday.

Data from AstraZeneca’s late-stage trials in the U.K. and Brazil, published in medical journal The Lancet on Dec. 9., showed the vaccine candidate had efficacy of 62% for trial participants given two full doses, but 90% for a smaller sub-group given a half, then a full dose.

Approval would help accelerate immunizations across the country as it grapples with a mutated variant of the coronavirus that could be 70% more contagious and thought to be behind a recent spike in COVID-19 cases in London and the South East of England.

Read: A New Covid-19 Strain Is Shutting Down Europe. What You Need to Know.

Since Sunday, more than 40 countries have closed their borders to U.K. arrivals to curb the spread of the new strain. However, late Tuesday, France reopened its borders with the U.K. to travelers and truck drivers who show proof of a negative coronavirus test within the last 72 hours.

AstraZeneca on Tuesday told Reuters that its vaccine candidate should be effective against the new strain of coronavirus variant and said studies were under way to analyse the impact of the variant.

“AZD1222 (AstraZeneca’s vaccine candidate) contains the genetic material of the SARS-CoV-2 virus spike protein, and the changes to the genetic code seen in this new viral strain do not appear to change the structure of the spike protein,” an AstraZeneca spokesperson told the news agency.

AstraZeneca’s comments come after the chief executive of BioNTech BNTX, -2.52% said the German company’s vaccine, which was developed with U.S. partner Pfizer PFE, +2.11%, needed more tests to establish if the shot will be able to provide protection against the new variant.

The Pfizer-BioNTech vaccine is already being used in the U.S, U.K., Canada and several other countries. It was approved by the European Medicines Authority and the European Commission on Tuesday, with deliveries expected to start on Saturday. Germany, Austria and Italy are among those countries which have said they plan to start vaccinations from Sunday.