Home
Stocks
The New York Post: Trump executive order seeks to define beautiful architecture — and, in Washington, D.C., to insist on it
Prev Article Next Article
This post was originally published on this site

President Donald Trump signed an executive order on Monday decreeing that only classical styles be employed in the architecture of federal buildings in the nation’s capital.

“They should also be visibly identifiable as civic buildings and should be selected with input from the local community,” it continues.

Buildings outside Washington, D.C., are not mandated to be built in classical style but must be, per the order’s language, “beautiful.”

When first broached nearly a year ago, the order was referred to as a “Make Federal Buildings Beautiful Again” initiative.

Trump in the order blamed the General Services Administration for selecting designs from prominent architects without regard to local input or “aesthetic preferences.”

“The resulting Federal architecture sometimes impresses the architectural elite, but not the American people [whom] the buildings are meant to serve. Many of these new Federal buildings are not even visibly identifiable as civic buildings,” it says.

Many architects and architecture critics and fans deride designs taking their cues from the architecture of generations and centuries past as historicist pastiche and an enemy of continued evolution of the art form. 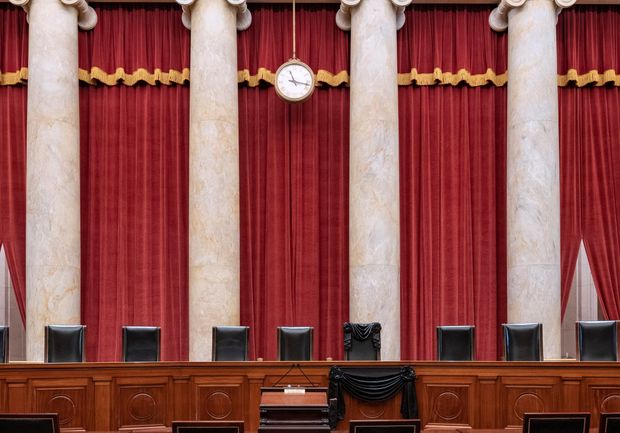 In contrast, a Wall Street Journal op-ed writer — no fan of modern architecture, including even such masterworks as Ludwig Mies van der Rohe’s Seagram Building — suggested early this year that such a Trump order would “drain the swamp of bad architecture.”

The executive order, months in the making, will create a council on Improving Federal Architecture to recommend design updates to the GSA.

“It is time to update the policies guiding Federal architecture to address these problems and ensure that architects designing Federal buildings serve their clients, the American people,” the order says.

“For approximately a century and a half following America’s founding, America’s Federal architecture continued to be characterized by beautiful and beloved buildings of largely, though not exclusively, classical design,” the order said, highlighting examples like the Thurgood Marshall U.S. Courthouse in New York, the White House and the Supreme Court.

But it said in the 1950s the federal government replaced the traditional designs with modernist ones that led to “undistinguished” buildings that the public found unappealing and often clashed with the existing classical architecture.

“With a limited number of exceptions … the Federal Government has largely stopped building beautiful buildings. In Washington, D.C., Federal architecture has become a discordant mixture of classical and modernist designs,” the order says.

The GSA is significantly less abashed over such structures and complexes of recent decades as Federal Plaza in Chicago and the Tax Court Building and the Weaver Federal Building in Washington — it’s christened their unifying style Federal Modernism.

A version of this report appears at NYPost.com.