Home
Stocks
Europe Markets: European stocks inch up and U.S. equity futures struggle with Brexit and stimulus talks in the spotlight
Prev Article Next Article
This post was originally published on this site 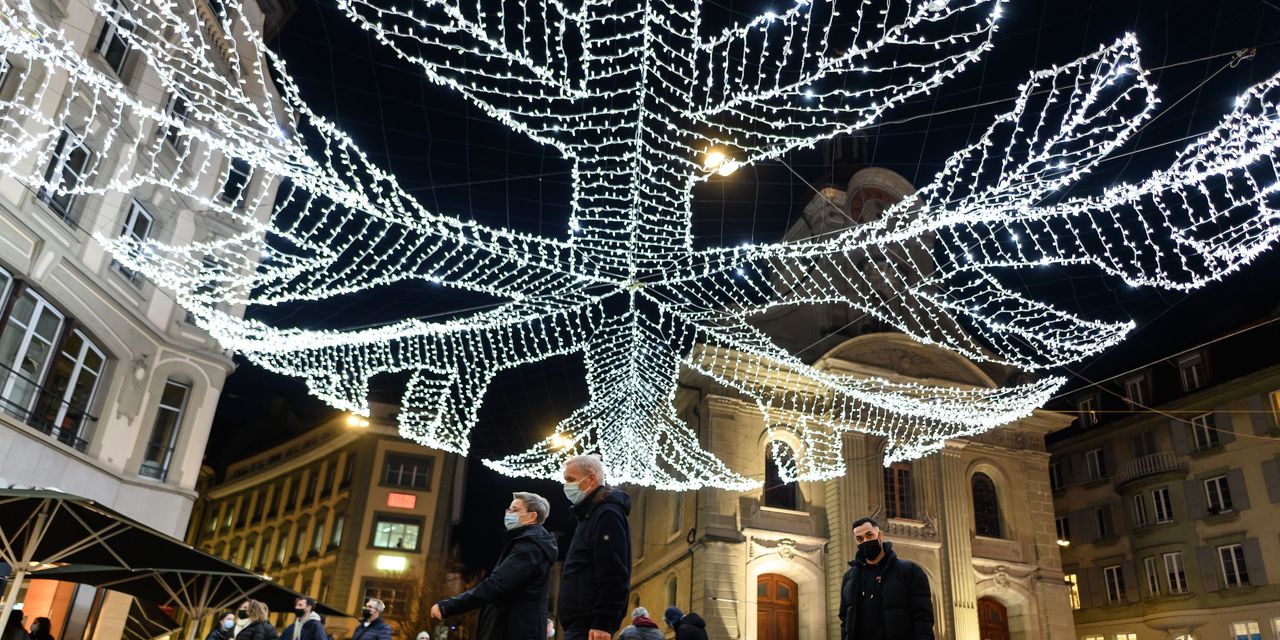 European stocks inched higher on Friday, while U.S. equity futures struggled after a record day on Wall Street, as investors kept close watch on Brexit talks and discussions around a U.S. stimulus package.

Both sides have been casting doubt, with European Commission President Ursula von der Leyen citing worries about a key sticking point — fishing rights — and U.K. Prime Minister Boris Johnson has warned of a possible no-deal outcome. Von der Leyen said talks will continue on Friday, following Thursday’s talks. The EU’s chief negotiator Michel Barnier said on Friday there are “just a few hours left” for a deal to be struck as he reportedly told European MEPs it was “the moment of truth” for both sides.

The EU is insisting on a deal by Sunday to allow for ratification of any agreement before year-end.

“Barring any breakthrough’s today, I would be surprised if markets don’t see some caution today given the unusual level of weekend risk, particularly on the Brexit side,” said Craig Erlam, senior market analyst at OANDA Europe, in a note to clients.

Brexit pressures come as fresh data showed U.K. retail sales tumbled in November as fresh COVID-19 restrictions kicked in. Tougher restrictions will be imposed from Saturday for millions in the U.K., with several European countries also tightening up during the crucial holiday period for many businesses.

Congressional leaders are reportedly nearing a deal worth around $900 billion, but Senate Majority Leader Mitch McConnell warned Thursday that it was “highly likely” lawmakers would need to work into the weekend. Congress must also pass a bill to prevent a government shutdown before closing for the holidays on Saturday.

Fresh hopes on vaccines came after a panel of independent advisers to the Food and Drug Administration on Thursday voted to support the authorization of Moderna’s MRNA, +5.09% COVID-19 vaccine candidate for emergency use.

Among stocks on the move, shares of Vivendi VIV, +2.19% rose 0.8% after the media group said it would sell an additional 10% stake in its subsidiary Universal Music Group to a consortium led by Chinese multinational conglomerate Tencent Holdings 700, -0.51% for €3 billion euros ($3.6 billion).

Shares of Philips PHIA, +2.12% rose 1.4% after the Dutch medical-technology company said it has agreed to buy U.S. provider of remote cardiac diagnostics and monitoring, BioTelemetry BEAT, +0.82%, in a $2.47 billion deal.

Shares of EssilorLuxottica EL, +1.63% after the Franco-Italian optical group said its board of directors have agreed to pay an interim dividend for 2020, due to a business recovery in the second half of the year and successful cost-saving measures.

Shares of CD Projekt slumped nearly 20% after Sony 6758, +2.29% said it would pull the Polish videogame maker’s “Cyberpunk 2077” from its PlayStation store, and offer for refunds for the troubled game.

One of the most anticipated videogames in recent years, “Cyberpunk 2077” has been plagued by problems shortly after its release last week. The company has apologized, offered refunds and vowed to fix the issues.