Home
Stocks
The Conversation: What you need to know about an emergency use authorization for a COVID-19 vaccine
Prev Article Next Article
This post was originally published on this site 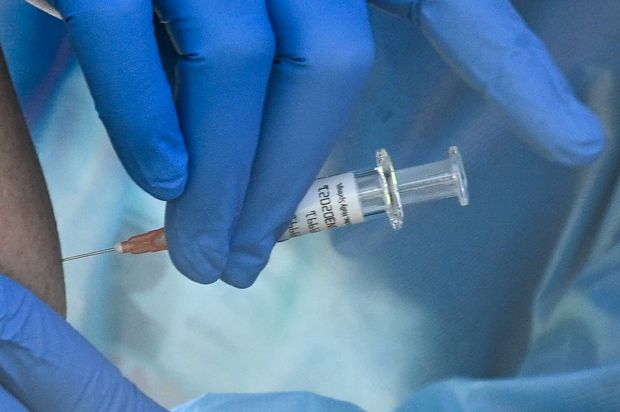 In coming days, the Food and Drug Administration is likely to authorize new COVID-19 vaccines based on applications submitted by two companies. These authorizations have happened very fast in a process called “emergency use authorizations,” or EUAs.

Does this swift action mean that products are proven safe and effective? Not exactly. But it suggests that they may present a reasonable balance of risks and benefits.

We are a physician and a lawyer, and we also study drug development from the perspectives of history and philosophy. The longer view is helpful to understand the differences between full FDA approval and EUAs.

The peculiar nature of medical products

When you decide whether to buy a television, you can tell whether it turns on and you can assess its visual clarity. But for a medical product, without the FDA, it would be impossible for you or even your doctor to discern whether it is safe and effective. For that, the American public needs clinical trials, with thousands of patients randomized to receive the treatment or placebo.

Accordingly, for more than a half-century, the principle guiding access to the pharmaceutical marketplace is: proof before profits. In 1938, Congress required companies to submit proof of safety data to the FDA, and in 1962 it extended the principle to proof of efficacy, or the ability to produce a desired effect. Yet this process of sorting good medical products from bad ones can take five years or more.

A short history of EUAs

Emergency use authorizations are a relatively new pathway that the FDA can utilize when there is a declared public health emergency, like a pandemic or bioterrorism attack.

The first time the FDA issued an EUA was in 2005 for an anthrax vaccine, but just for military personnel. In 2009, the FDA issued the first EUA for civilians, so that Tamiflu could be given to infants during the H1N1 pandemic.

“ Since 2009, the FDA has since issued  dozens of EUAs for drugs, devices and diagnostics. ”

The basic principle behind the EUA, however, originates from an earlier pandemic: HIV/AIDS, which first became visible in North America in 1981. The approval of the first treatment regimens that successfully transformed HIV/AIDS from a uniformly fatal disease into a manageable chronic condition, however, did not occur until the late 1990s. Instead, the first two decades of the HIV/AIDS pandemic were characterized by the urgent need for new drugs on the one hand, and the FDA’s slow pace of evaluating them on the other.

AIDS activist groups staged “die-in” events at the FDA’s headquarters, and they threw fake blood on government officials to protest the delay in access to potentially lifesaving drugs. Their actions made visible the human cost of delay in the middle of an epidemic and fundamentally altered the role of patients in FDA regulatory processes as well.

AIDS activists successfully secured a new “parallel track,” which helped lead to the approval of ddI, or dideoxyinosine, in 1991. This same sense of urgency also led to accelerated approval of another drug, ddC, or zalcitabine, which turned out to be “rotten” in the words of AIDS activist and researcher Mark Harrington. Patients had “no data” that the drug “in fact saved lives,” but it was “expensive, inconvenient and toxic.”

Emergency use authorizations can be seen as a form of scaling up these earlier pathways to accelerate approval. Since 2009, the FDA has since issued dozens of EUAs for drugs, devices and diagnostics based on the best available evidence for prevailing public health crises.

Once an emergency has been declared for a serious or life-threatening disease, federal law gives the FDA broad discretion in deciding whether to issue an EUA for a particular product. There are three guideposts.

First, “the totality of scientific evidence” must make it “reasonable to believe that the product may be effective.” As for safety, federal law requires a weighing of risks and benefits, taking into account the “material threat” posed by the emergency. Finally, an EUA can be granted only when “there is no adequate, approved, and available alternative to the product.”

In contrast, traditional drug approvals require proof of safety and “substantial evidence” of efficacy, typically based on two well-controlled trials.

An EUA is less reassuring than the standard FDA approval, but at the same time it takes into context the increased risk, during a public health crisis, of not making a given product available for use.

The FDA is a science-based regulatory agency that wields its strongest power not as a gatekeeper but as a standard-bearer. The FDA can persuade scientists, physicians and consumers worldwide because its assessments carry the weight of careful scientific deliberation. This form of power is based on reputation. And with reputation, every present act affects credibility in the future.

The FDA’s reputation has suffered during the pandemic. Americans saw the FDA provide an emergency approval for President Trump’s pet drug hydroxychloroquine, and then withdraw it a couple months later, once efficacy and safety claims had been debunked. Similarly, in August, the FDA revoked an April 2020 EUA for a coronavirus antibodies test, in part because of false test results.

Now only six in 10 Americans say they will take a new vaccine if is authorized by EUA. Of those resisting, those in the largest group say they lack confidence because of the accelerated time line. Indeed, even the word “emergency” can be misread to suggest that the product may be “risky,” “suspicious” and “desperate.”

EUAs present another problem if they short-circuit the clinical trial process. Why sign up for a 50% chance of receiving a placebo if you can have a 100% chance of receiving the same product through an EUA? Thus, an overly broad EUA can stymie ongoing participation in vaccine trials such that we may never really learn whether the product is safe and effective.

These fears are not new, and can be seen in the earliest debates around parallel-track designations for AIDS drugs. But they weigh more heavily in the scalar logic of pandemic-issued EUAs. Pandemics drive massive shifts in consumer demand that cause enormous supply and logistic problems (remember back when you had a hard time getting toilet paper?). In the short run, we will not have sufficient amounts of vaccine manufactured to support broad access to meet the full demand for new vaccines.

Traditionally, the FDA has restricted its judgments to the evaluation of safety, efficacy and quality, and left broader questions of pricing, allocation and access to other private and public actors, like the Centers for Disease Control and Prevention and Centers for Medicare & Medicaid Services. But for an EUA, allocation is a critical question for the FDA to consider when weighing the balance of risks and benefits, which vary from person to person.

Accordingly, the FDA could initially issue a narrow EUA, allowing access only to those, like health-care workers and nursing-home residents, whose elevated risk merits earlier (and riskier) use of a plausible intervention. The FDA could subsequently issue a somewhat broader EUA for older Americans with comorbid conditions and others at elevated risk. For everyone else, trials would continue in the meantime.

The EUA plays an important role in mobilizing COVID-19 vaccines as promising new tools in a rapidly unfolding public crisis, but it is only one step in making a safe and effective vaccine supply available to the broader population. Hopefully by early summer there will be both sufficient knowledge and sufficient supply to support a traditional FDA approval of the vaccines, based on the best available evidence. We are hopeful about the new vaccines, and confident in the FDA’s ability to engender trust in those vaccines, when it is deserved.

Now read: Can your employer require you to take a COVID-19 vaccine?

And: How to protect your mental health and fight ‘COVID fatigue’ this winter

Christopher Robertson is a law professor at Boston University. Jeremy Greene is a professor of medicine at Johns Hopkins University. This was first published by The Conversation — “What are emergency use authorizations, and do they guarantee that a vaccine or drug is safe?”