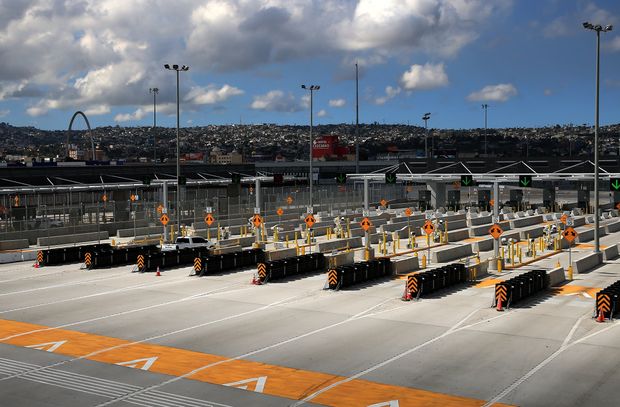 A view of a border crossing between the U.S. and Mexico in San Diego, Calif.

The numbers: The U.S. trade deficit widened by 1.7% in October, the Commerce Department said Friday.

The trade gap widened to $63.1 billion in October from a revised $62.1 billion in the prior month. The forecast of economists polled by MarketWatch expected a deficit of $64.7 billion.

What happened: Both imports and exports had strong gains in October. The goods deficit rose by $600 million in October and the services surplus narrowed.

Big picture: There has been a sharp decline in trade activity in the wake of the global coronavirus pandemic. Exports and imports are roughly $300 billion below their levels of last October.

The widening of the deficit shows the power of the U.S. consumer to purchase goods from around the world.

Former U.S. Treasury Secretary Larry Summers is worried that the global economy will come to rely on U.S. consumer demand to fuel growth. The resulting trade imbalance “could mushroom with serious domestic political consequences,” he said. The incoming Biden administration is sure to push for countries like Germany and South Korea to increase demand.