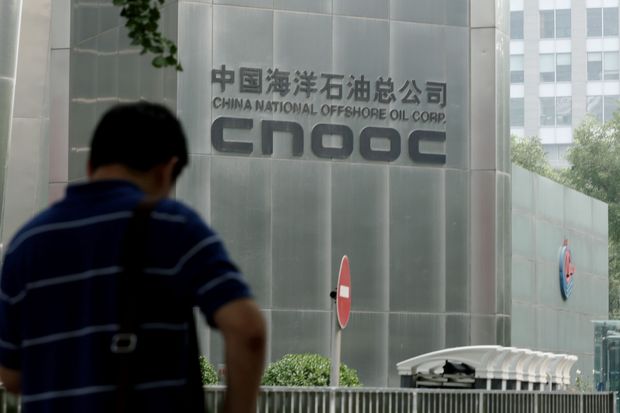 A man stands outside the headquarters building of China National Offshore Oil Corporation (CNOOC) in Beijing in 2016.

It was unclear exactly when the new designations would take effect. China Construction Technology Co. Ltd. and China International Engineering Consulting Corp. will also reportedly be added to the list. The designation would make it far more difficult for U.S. companies to export technology to the four Chinese companies. Huawei Technologies Co. was added to the list in May.