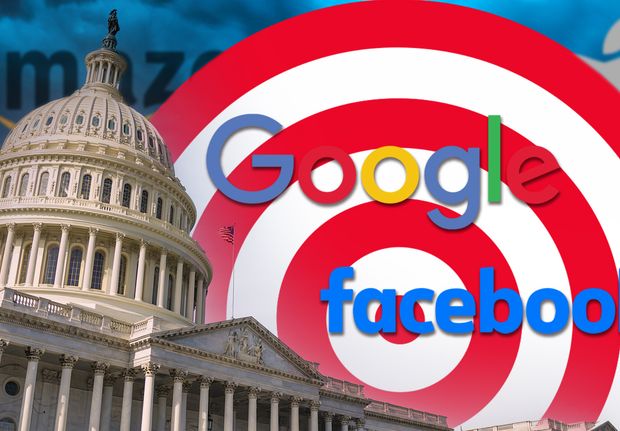 The House subcommittee on antitrust recently completed an exhaustive review of competitor complaints that these firms abuse their market power. and it wants big changes.

Accomplishing monopoly power through superior commercial acumen or happenstance such as the network effect is not illegal. Anyone observing Amazon’s capacity to develop new businesses quickly realizes it does things you can’t learn in business school. Those deliver lower prices for consumers, and its platform creates price transparency unseen in ease prior to its existence.

However, Amazon bullies suppliers, mines their data, prioritizes its own products in searches and often denies competitors equal access on its platform. Those are or should be illegal abuses of monopoly power.

Similarly, the Justice Department is suing Google for using hardball tactics to maintain the dominance of its search engine and Chrome browser. And using that dominance to maintain its grip and profits at the expense of competitors in the online advertising business.

After charges against Google, road map to antitrust changes contains many potential routes

House Democrats appears ready to single out FAAG. The subcommittee majority is weighing prohibiting Amazon, for example, from selling store brands or creating businesses in everything from apparel to shoes that compete with third-party suppliers. That’s absurd, unless the same goes for Wegman’s store brand of strawberry preserves.

Barron’s: Facebook, Apple and Other Big Tech Stocks Aren’t Too Expensive. Here’s Why.

Would Amazon subsidiary Whole Foods only be permitted to sell 365 Everyday Value products in its physical locations but not on the Prime website?

If Congress imposed similar diversification conditions on Target TGT, -0.02%, Walmart WMT, -0.15% and the like that would handicap their web-driven curbside and home delivery businesses. It might not be possible to purchase the lowest-priced milk for delivery, which is usually the store brand.

The subcommittee majority report particularly targets Amazon for using data it gleans from consumer purchases to select products to create store brands. The Wall Street Journal recently targeted it for entering merger talks with vendors, quitting those and then launching its own brands with information gleaned from those talks.

The House majority report excoriated Facebook for competing aggressively, and then acquiring competitors like Instagram and WhatsApp and structuring those to not directly compete with its eponymous service.

Fine, but would the committee also rewrite antitrust laws to keep General Motors GM, -0.88% from purchasing an interest in Nikola NKLA, -7.63% —or dissolve its joint venture in hydrogen-electric trucks? Would it force Buick to start selling limos to compete with Cadillac?

Some of FAAG practices need reining in. Amazon, Google, and Facebook mine too much personal and business data. We need an American equivalent of the EU General Data Privacy Regulation. That requires users to know, understand and consent to data collected about them, and that should be applied to vendors and suppliers on these platforms too.

Tough, quick and neutral arbitration should be available for complaints that provide consumers and businesses the wherewithal to stand up to the legal teams of these behemoths.

The subcommittee also entertains breaking up some of these firms.

More extreme than the EU

Much of this would make U.S. law more extreme than European Union ambitions, which are to regulate how these internet giants treat competitors, suppliers and customers but not limit their lines of business.

Opinion: France defies U.S. and starts levying digital tax on tech giants. But will this change with a Biden presidency?

Thanks to the networking effect, FAAG have a large enough lock on digital markets that they should be treated as essential facilities, as we know the concept in antitrust law, and be required to provide fair access to all potential consumers and suppliers who abide by reasonable standards. Again, fair arbitration should be available for prompt resolution of complaints—Amazon can’t be let to decide how and who competes with its store brands without a neutral referee.

The Democrats would go further and deny most mergers with suppliers—we don’t keep Ford F, +0.11% from making steel if it chooses, or Exxon from acquiring a windshield wiper manufacturer.

I doubt we want to keep Facebook from developing an American answer to WeChat. That app permits Chinese to do just about everything in one place—buy theater tickets, pay utility bills, purchase computers and pay for them and so forth. For our Big Tech to answer that competitive challenge or Alipay in the fintech space, they need a much freer hand than the antibusiness bias the House antitrust committee would prescribe.

The United States and China are in a high tech race. Increasingly, we rely on businesses to fund those efforts, and Congress should consider how busting up Big Tech would also affect American competitiveness.

Peter Morici is an economist and emeritus business professor at the University of Maryland, and a national columnist.

Therese Poletti: Big Tech painted as the railroad barons of the digital age in antitrust hearing

Daron Acemoglu: Breaking up Google and the rest of Big Tech wouldn’t be enough to fix our innovation problems