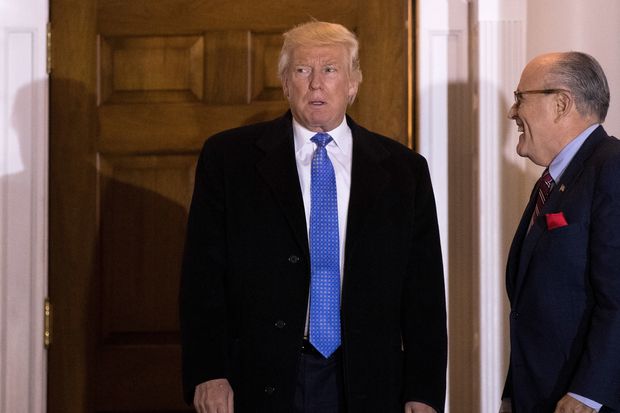 Several battleground states are scheduled to certify President-elect Joe Biden’s electoral victories this week, while President Donald Trump’s attempts to reverse these states’ results in the courts have suffered a string of defeats.

The state of Michigan is in particular focus, as the Michigan Board of State Canvassers has a remote meeting scheduled at 1 p.m. Eastern time, and because one of the four board members, Republican Norman Shinkle, has indicated he will seek to delay certification, according to the Lansing State Journal. The board comprises two Democrats and two Republicans, and the second Republican has made no statements to the press as to how he intends to vote.

The Detroit Free Press reported that even if Monday’s vote ends in a deadlock, it is likely that Michigan’s courts would force the board to certify before the Dec. 8 deadline by which states must send a list of presidential electors to the Archivist of the United States.

Monday is also the deadline for Pennsylvania counties to certify their results, and several of the commonwealth’s 67 counties have already done so, though others may need time, the Philadelphia Inquirer reported. Less drama is expected in the Keystone State because final statewide certification is done unilaterally by the Secretary of State Kathy Boockvar, a Democrat. There is no statutory deadline for her to do so, but federal law says she must complete the task by Dec. 8.

The state of Georgia has already certified a Biden win after it completed a recount, though the Trump campaign has indicated it plans to seek a second recount.

There is an ongoing recount in two Wisconsin counties, Milwaukee and Dane, outsize contributors to Biden’s 20,000-vote victory in the state. The state must certify its results by Dec. 1.

Nevada must certify by Nov. 24 and Arizona by Nov. 30. Biden also has more votes than Trump in those states.

Meanwhile, the president’s legal effort to halt the certification of votes and throw out masses of mailed ballots that favored Biden has been met with defeat after defeat. On Saturday a federal judge in Pennsylvania threw out a suit in which the Trump campaign sought to disqualify millions of votes.

“This court has been presented with strained legal arguments without merit and speculative accusations … unsupported by evidence,” Judge Matthew Brann wrote in his decision.

“In the United States of America, this cannot justify the disenfranchisement of a single voter, let alone all the voters of its sixth most populous state,” he added.

The Trump campaign is appealing the decision.

A court in Georgia threw out a similar suits last Thursday and state judges in Arizona and Pennsylvania also dismissed suits last week that sought mass rejection of mailed ballots.

On Sunday, the Trump campaign distanced itself from lawyer Sydney Powell after broad backlash over her peddling of theories that an international communist conspiracy infiltrated voting computer systems and changed Americans’ votes on a mass scale.