Home
Stocks
In One Chart: Fears of a COVID-inspired crude oil glut? Fading ‘contango’ tells a different story
Prev Article Next Article
This post was originally published on this site 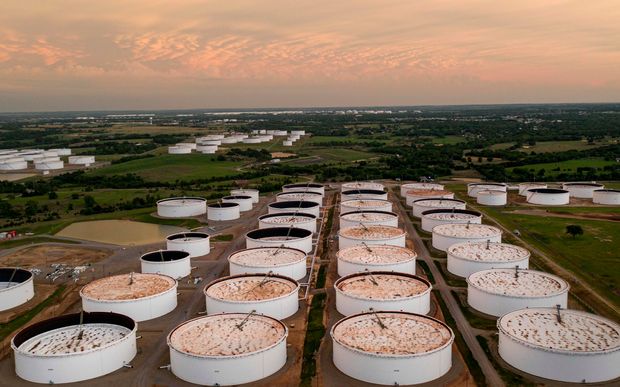 A crude oil storage facility is seen in Cushing, Oklahoma.

Fears of a renewed glut in crude oil supplies would be understandable as COVID-19 cases surge, forcing a renewed slowdown in economic activity around the world.

But oil futures are telling a different story, with Brent crude BRN00, -0.50%, the global benchmark ending Monday at its highest since March 5, while the U.S. benchmark, West Texas Intermediate CL.1, +0.09%, advanced to a near three-month high.

The price action has been even more bullish below the surface, analysts said, noting an important shift in the relationship between near-term and long-dated prices. The premium for contracts to be delivered several months from now over nearby futures — a condition known in trading lingo as contango — has narrowed sharply in the two weeks since Pfizer Inc. PFE, -0.49% and BioNTech SE BNTX, +2.33% first announced a very high efficacy rate for their vaccine candidate.

“The rapidly fading bearish contango structure, or spread between contract months, is averaging a mere 7 cents a barrel for the next 12 months,” said Michael Tran, analyst at RBC Capital Markets, in a Monday note, referring to Brent crude futures, the global benchmark traded on ICE Futures Europe. 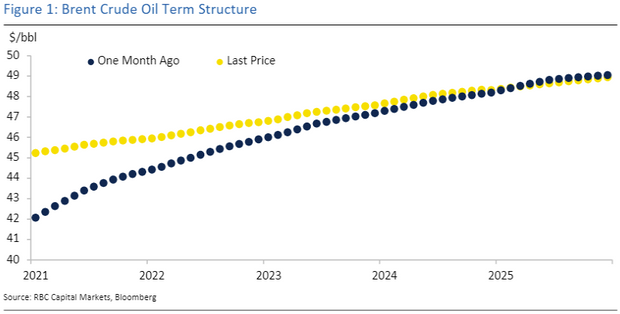 “In simple terms, a contango as narrow as such deems storing a barrel uneconomic, implying that global oil balances are tighter than the market previously appreciated,” he wrote.

In normal market conditions, the spread between consecutive months reflects, in part, the cost of storing crude. Typically, monthly onshore storage costs range from around 25 to 30 cents a barrel, Tran noted. Current floating storage economics imply rates in the 35 cents-a-barrel range, he said.

Moreover, the spreads in what’s known as the futures curve for both Brent and West Texas Intermediate crude, the U.S. benchmark traded on the New York Mercantile Exchange, have narrowed quickly.

The spread between the nearby month and the contract six months out for Brent has narrowed by $1.33, while the same spread for WTI has narrowed by 96 cents over the past two weeks — a shift that’s more than two standard deviations above normal, according to Tran.

“Ultimately, the broader question remains whether this spread strength is one to fade or whether it presents a true structural shift in medium-term fundamentals,” Tran said. “Simply put, both WTI and Brent term structures suggest a materially more constructive outlook than just two weeks ago.”