Home
Stocks
Autotrader: The midsize pickup has made a comeback: Here’s a rundown of the top models
Prev Article Next Article
This post was originally published on this site 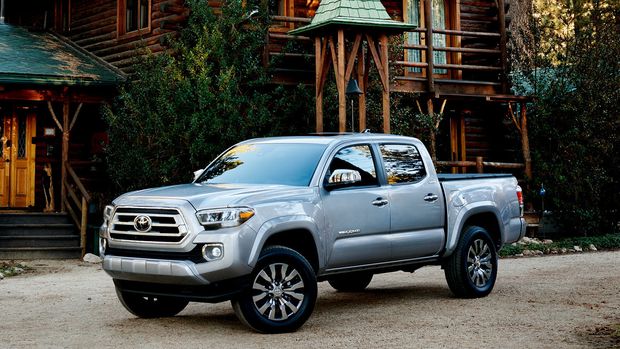 Midsize pickups have made a comeback in recent years, with a number of new manufacturers joining the playing field.  Here we’ll take a look at the segment as it stands currently, ranking the vehicles by 2020 year-to-date sales volume and hopefully giving you an idea of which truck may be best for you.

The Tacoma has led this segment for years now, due in large part to its reputation for bulletproof reliability; just about everyone knows someone with a Toyota truck with over 200,000 miles on the odometer.  That said, Toyota TM, -0.95% knows it’ll sell Tacomas on reputation alone, and therefore has resisted addressing some of the vehicle’s flaws over the years, namely an awkward driving position and a poorly-programmed automatic transmission.

Still, if you can accept these shortcomings, this truck remains a smart buy.  The Tacoma is also known for its off-road prowess, and as such, offers two off-road trims; the more reasonably priced and already-well-equipped TRD Off-Road model would be our choice, but for those who like to overdo things, the TRD Pro offers a little more presence.

The Ford Ranger made its return to the U.S. market for the 2019 model year after a long hiatus.  Ford F, -0.56% tends to do things right when it comes to trucks, and the Ranger is no exception, as it’s quickly become the number two selling midsize pickup in America. 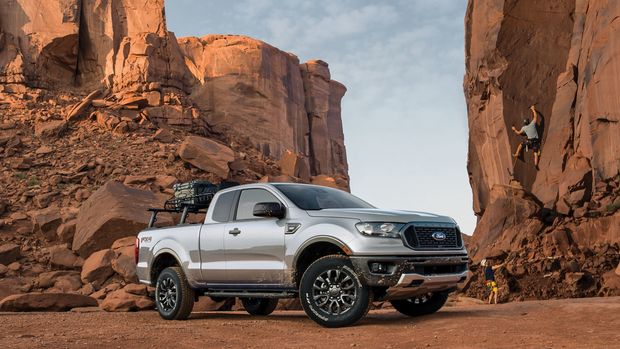 That said, it’s worth noting that the Ranger sold in the U.S. is effectively the same truck that’s been offered in overseas markets since 2011, meaning that it’s now gone a decade without a major redesign.  Still, the Ranger has a great powertrain, good available active safety tech, a reasonably comfortable interior, and a customer-favoring packaging structure.

Want a base model with a locking rear differential for use at your cabin?  You can get it on the Ranger, but the same can’t be said for its competitors.  The Ranger also gains a medium-performance off-road version for 2021 in the form of the new Tremor trim.

Like Ford, General Motors GM, -0.35% stopped selling a midsize pickup here in the U.S. for a number of years before bringing the Chevrolet Colorado (and its GMC Canyon twin) back for the 2015 model year. 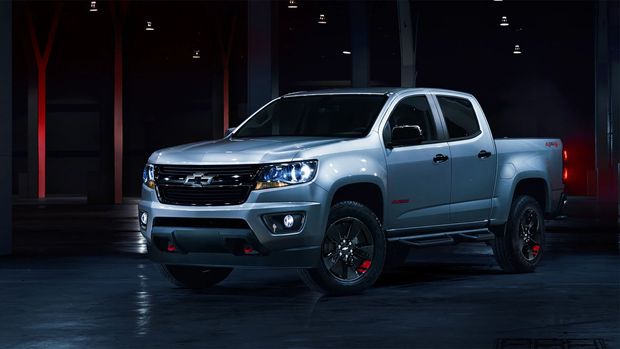 Also, like Ford, GM’s midsize offering is an Americanized version of a truck it’s sold overseas since 2012, meaning it’s just a year younger than the Ranger and should be receiving a redesign in the coming years.  Still, the Colorado keeps things pretty simple and has a few key competitive advantages.  Its V6 engine makes plenty of power, while a diesel engine is optional, though it’s seriously underpowered.

On the other hand, its interior leaves much to be desired, though the radio, navigation, and other infotainment controls are easy to use.  The Colorado’s top performance model is the ZR2, which will give the Tacoma TRD Pro a run for its money.

Effectively a Wrangler with a bed and an elongated wheelbase, the Gladiator’s selling points are pretty clear.  It’s got a removable roof and doors – the only pickup that can make that claim – and excellent off-road capability, thanks in large part to its solid front axle. 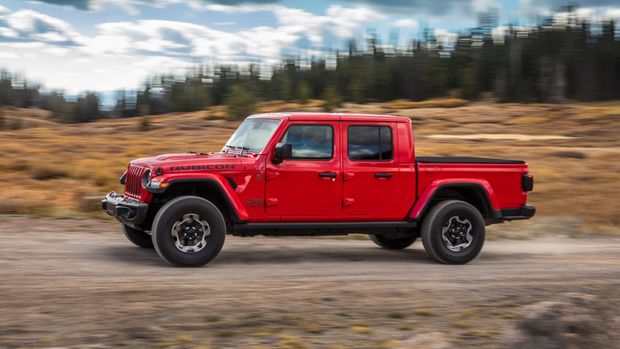 If you’re looking for a no-frills work truck, the Gladiator probably isn’t for you, as you’ll pay a premium for its configurability and capability, not to mention its iconic design.  It’s also compromised when it comes to interior ergonomics and ride quality; again, you have the solid axle to thank there.

But if you’re looking for a fun vehicle that can serve you on both runs to the hardware store and as a beach cruiser, the Gladiator is up to the task.  Gas and diesel V6 powertrains are available, as are a pair of different performance-oriented off-road trims.

Last redesigned for the 2005 model year, the 2020 Nissan NSANY, +0.55% Frontier is the oldest vehicle you can buy new in the U.S. today.  That said, it’ll be all-new for the 2021 model year, and its new V-6 engine and 9-speed automatic transmission have already been introduced in the 2020 Frontier. 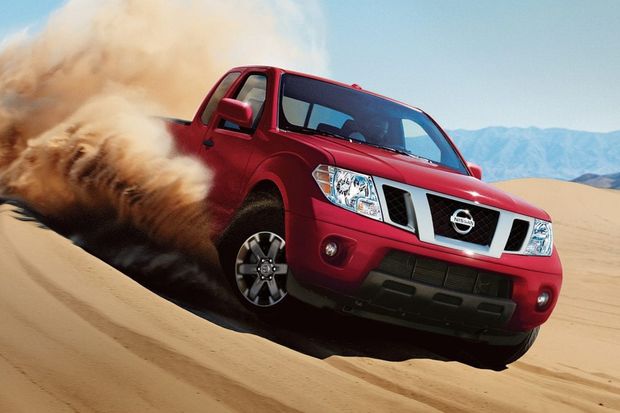 Historically, the Frontier has been viewed as an alternative to the segment-leading Toyota Tacoma, both Nissan and Toyota as headquartered in Japan after all.

While the current Frontier is popular among those wanting a great deal on a no-nonsense, old-school truck, we expect the new model to elevate the Frontier in terms of both appeal and overall sales.  It’s hard to say more though, until we get behind the wheel.  The 2021 Frontier should be fully revealed in the next couple of months.

The Ridgeline is the black sheep of the midsize pickup segment.  While every other vehicle on this list rides on a body-on-frame platform with a solid rear axle, the Ridgeline is effectively a Honda Pilot – that’s a big, three-row family SUV – with a bed in place of its rear cargo area. This means that Honda’s HMC, -0.98% pickup utilizes a unibody design and a fully-independent suspension front and rear. 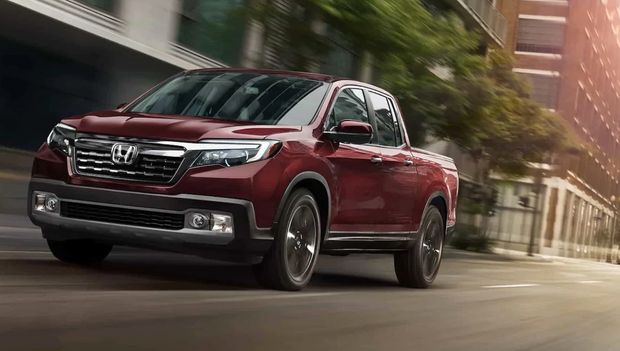 While it may not offer the off-road cred of its competition, for most midsize truck buyers, deep down, the Ridgeline is probably the best option.  Its cabin is huge and comes with none of the compromised seating positions or cheap materials you’ll find in other midsize trucks.  Ride quality is easily best in class, as is fuel economy.   It doesn’t lead the way in terms of payload and towing capacity, but it doesn’t lag too far behind either.

An update for 2021 has it looking more truck-like than ever, which should help to change the perception of this extremely well-rounded vehicle.  Whether you see yourself as a truck person or not, there’s a lot to love about the Ridgeline.

The GMC Canyon is effectively a re-badged Colorado. In its normal trim levels, it shares all of its strengths and weaknesses with the Colorado; plusses are a strong V6 engine and widespread availability, while minuses involve a weak interior and a lack of modern safety tech. 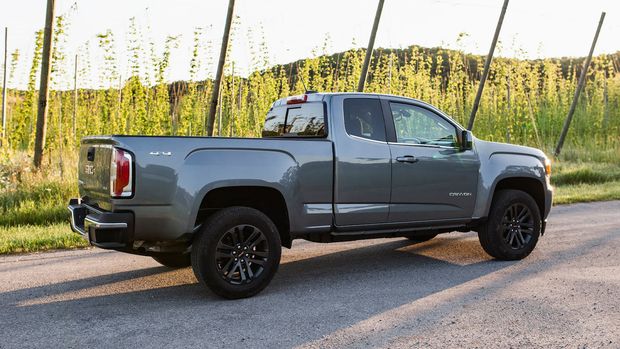 The Canyon doesn’t have a counterpart to the high-performance Colorado ZR2, though the new-for-2021 Canyon AT4 is a slightly posher offering than the lower-tier off-road Colorado, the Z71. The Canyon Denali attempts to be luxurious, but without any major changes to the Canyon’s weak interior, we can’t help but see it as anything more than leather seats and a bunch of chrome.

Still, as with Chevrolet, GMC dealerships are pretty prevalent, and GM is known for offering good financial incentives, so those looking for a new midsize pickup may be able to score a great deal on a Canyon.