Home
Stocks
: Europe may have a merrier Christmas than the U.S., according to JPMorgan. Here’s why
Prev Article Next Article
This post was originally published on this site 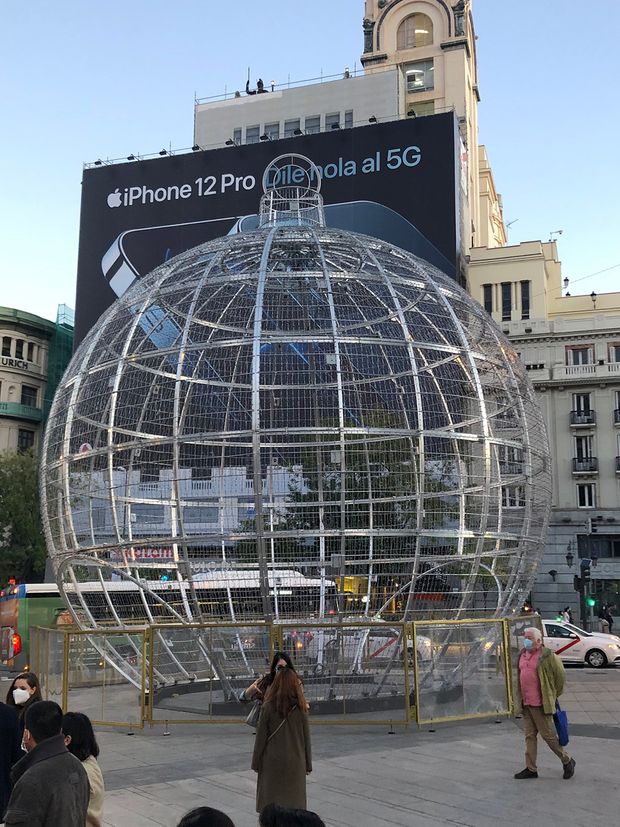 As the U.S. struggles with record levels of cases and hospitalizations in a resurgence of the deadly coronavirus, in the old world of Europe, countries have been fending off round two of COVID-19 for weeks.

And the lockdowns and restrictions that have been imposed in the U.K., Germany, Italy and elsewhere, will likely allow for those economies to reopen in time for Christmas, according to David Mackie, economist at JPMorgan.

“If the lags behind are similar to the first wave, then new infections and hospitalizations should have clearly peaked across the region by early December,” Mackie said in a note to clients on Thursday. Of course, given how much social activity takes place in the holiday month, he said it’s vital to know whether current timetables will be adhered to.

The bank’s judgment is that those timetables that, for example, map out the U.K.’s second wave-lockdown ending by Dec. 2 and Germany’s by Nov. 30, are likely being observed. That said, more modest restrictions could linger after the expirations, and countries such as Spain are waiting to see if a lockdown will be needed after current curbs expire.

What has shifted for Europe is less mobility among its people, which is what is also setting it apart from the U.S.

“Mobility has already moved down a lot across Europe and new infections should peak in the next couple of weeks,” said Mackie. “Lockdowns should be eased by early December, which will allow a strong bounce in economic and social activity ahead of the holiday season.” 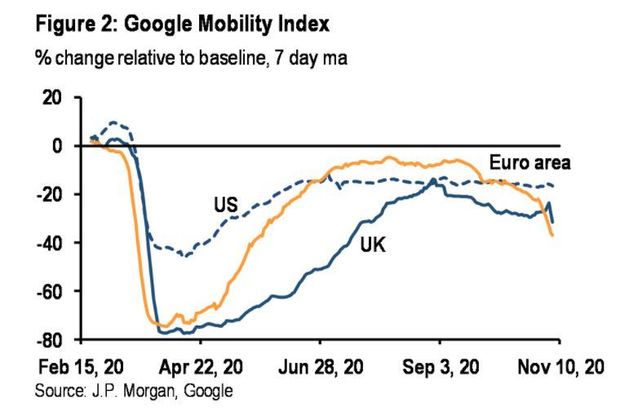 He used Google mobility data to figure out that activity. Due to lags behind in that information, it may take another week or so to see the full impact of current measures, but the bank calculates that Germany, Spain and the U.K. have gotten their mobility down enough to get the viral reproduction numbers back to one, with similar-sized declines in mobility across all those countries.

During the first wave, Mackie estimated there was a lag between the start of lockdowns and new infections of about 16 days. Countries such as Spain and Italy saw dramatic drops in infection levels as individuals endured some of the strictest lockdowns in Europe, while mask wearing and efforts to test, trace and isolate also helped. The virus resurged in the summer as individuals and governments eased off the brakes.

Read: This may be the post-pandemic economy’s most closely watched indicator

“In contrast to Western Europe, the reproduction number in the U.S. appears still to be above one, and mobility has hardly declined at all in recent weeks,” said Mackie. Restrictions have begun across some states though, and as of Friday New York state will require bars, restaurants and gyms to close at 10 p.m.

But some are questioning what the state of the U.S. could be in December, given that cases are now averaging over 100,000 a day across the country. U.S. universities have been making efforts to prevent so-called superspreader events, as students get ready to scatter for the Thanksgiving holiday in two weeks.

Rising U.S. cases come following a gripping presidential election that has dominated the country’s attention span for weeks. Some voters had participated in rallies, waited in long lines to vote, and then, in the case of supporters of President-elect Joe Biden, celebrated in numbers not normally seen during the pandemic. Supporters of President Donald Trump also gathered before and after the election.

Read: Were those Biden victory celebrations coronavirus superspreader events? Health experts ‘extremely concerned’ they could be

An unmoved mobility number in the U.S. “suggests that new infections will continue to climb, with hospitalization pressure increasing and deaths rising further. It looks like a decline in mobility in the U.S. is needed, which would have to come from either government restrictions or a shift in individual behavior,” said Mackie. 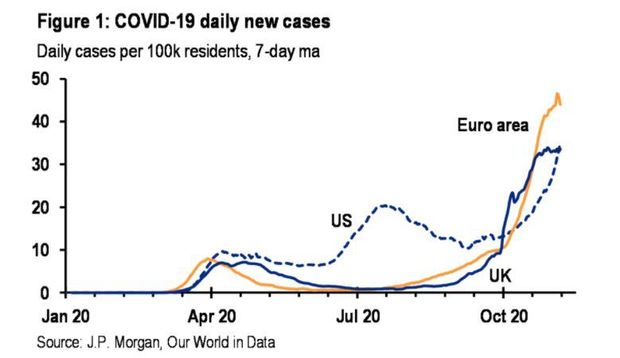 He said U.S. mobility will need to fall by a further 10 percentage points to push the reproduction number down to just below one. A cumulative move of a 14 percentage points would be around 29% of the decline seen in the spring.

By comparison, the falls in mobility already seen as a proportion of the first wave move are 43% in Germany, 27% in Spain and 25% in the U.K. Of course, Europe could find itself moving right back into a lockdown early in the year, and much depends on vaccine candidates. This week’s news that drugmaker Pfizer PFE, -2.83% and partner BioNTech’s BNTX, -5.53% COVID-19 candidate was 90% effective in a late-stage clinical trial, has sparked fresh optimism that a light at the end of the pandemic tunnel is out there.

It has also sparked concerns and caution from experts who urge individuals that the road to a widespread vaccine is still a long way.

Opinion: Americans need another stimulus bill now to get through 9 more months of the coronavirus pandemic

And if the U.S. can learn from Europe, that early-mover advantage is crucial. JPMorgan noted that efforts in some European cities to restrict earlier rather than later are showing fruit, such as in Liverpool, Manchester and Madrid. In terms of countries that moved faster overall, Ireland, the Netherlands and Slovakia have also seen new infections turn lower, the bank noted.