Home
Stocks
Earnings Results: Disney suffers first annual loss in more than 40 years, but stock jumps as losses are not as bad as feared
Prev Article Next Article
This post was originally published on this site 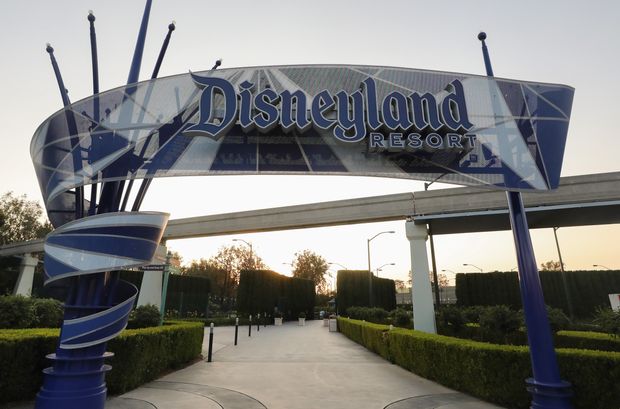 The Walt Disney Co. wrapped up its fiscal year with another quarterly loss, resulting in the entertainment giant’s first annual loss in more than 40 years, but a better-than-expected performance in the quarter pushed shares higher in extended trading Thursday.

Disney DIS, -1.66% reported fiscal fourth-quarter losses Thursday of $710 million, or 39 cents a share, its second consecutive quarterly loss on a GAAP basis. Disney had not previously reported a quarterly loss since April 2001, when a large charge for the shuttering of the Go.com online platform effort caused it to go into the red.

For the full fiscal year, Disney recorded a GAAP net loss of $2.83 billion. Disney has not reported an annual GAAP loss in FactSet records that date to 1980, and has not reported two consecutive quarterly losses on records dating back to 1996.

“It’s been a year unlike any other in our lifetimes, and certainly in the history of the Walt Disney Co.,” Chief Executive Bob Chapek said in a conference call Thursday afternoon.

Disney’s decline has been a direct result of the COVID-19 pandemic, which has shuttered its theme parks and cruise line, and halted production efforts for films and television shows. Disney disclosed Thursday that the pandemic cost it $7.4 billion in operating income in the fiscal year, with almost all of it — $6.9 billion — coming from the theme parks and experiences division.

It was a tumultuous year in other ways for Disney as well. Bob Iger left the CEO position, and his replacement, Chapek, has overseen layoffs at Disney’s theme parks and cable sports network ESPN while rejiggering the top executive ranks to focus more on streaming, a transition that was accelerated by the pandemic. Streaming has been a bright spot for Disney, with the first year of the Disney+ streaming service leading to strong adoption.

“The real bright spot has been our direct-to-consumer business, which is key to the future of our company, and on this anniversary of the launch of Disney+ we’re pleased to report that, as of the end of the fourth quarter, the service had more than 73 million paid subscribers — far surpassing our expectations in just its first year,” Chapek said in Thursday’s announcement.

Disney reported that Disney+ now has 73.7 million customers, up from 57.5 million three months ago. As Disney was building from zero to more than 73 million streaming customers, Netflix Inc. NFLX, -0.81% added 36.82 million subscribers to total 195.15 million subscribers worldwide as of the end of its most recent quarter. ESPN+ customers rose to 10.3 million from 8.5 million in the prior quarter, while total Hulu customers rose to 36.6 million from 35.5 million.

After adjusting for restructuring charges and other effects, Disney reported losses of 20 cents a share, down from earnings of $1.07 a share a year ago. Revenue fell to $14.71 billion from $19.1 billion in the same period last year. Analysts on average expected adjusted loss of 71 cents a share on sales of $14.15 billion, according to FactSet.

Disney shares gained about 5% in after-hours trading immediately following the release of the results. The stock has declined 6.9% so far this year, as the Dow Jones Industrial Average DJIA, -1.08%, which counts Disney as a component, has gained 3%.

Shares pared some of those gains, to about 4%, after Chief Financial Officer Christine McCarthy disclosed that Disney will forego payment of a semi-annual dividend in January and expects that “results in fiscal 2021 will continue to be impacted by COVID-19.” Disney did not provide a forecast for its new fiscal year nor the holiday quarter, but McCarthy did note that there are no large theatrical releases planned and that theme parks face continued uncertainty.

Disney’s California theme parks and Disneyland Paris are closed and others around the world are operating with capacity limits. The company reported sales in that division of $2.58 billion Thursday, down from $6.66 billion a year ago but ahead of the average analyst expectation of $2.23 billion.

Disney executives have been critical of California’s refusal to allow the company to reopen its theme parks in recent weeks, and McCarthy said Thursday that Disney expects Disneyland will be closed through at least the end of the year. Chapek again targeted California’s leaders Thursday, even as test-positivity rates have increased in the state and total coronavirus cases neared 1 million, a level hit only by one other state, Texas, so far.

“We are extremely disappointed that the state of California continues to keep Disneyland closed despite our proven track record,” Chapek said in Thursday’s conference call. “Our health and safety protocols are all science-based and have the support of labor unions representing 99% of our hourly cast members.”

“Frankly, as we and other civic leaders have stated before, we believe state leadership should look objectively at what we’ve achieved successfully at our parks around the world, all based on science, as opposed to setting an arbitrary standard that is precluding our cast members from getting back to work while decimating small businesses in the local community,” Chapek said.

Disney’s film business has also struggled through the pandemic, with movies being delayed or pushed to streaming in parts of the world as theaters remain closed or capacity-constrained. Disney reported revenue of $1.6 billion from its movie-studio segment, down from $3.31 billion a year ago and falling short of the average analyst expectation of $1.98 billion.

The company’s TV networks recovered somewhat in the quarter, which ended Oct. 3, thanks to a resurgent slate of live sports on ESPN and ABC, including National Basketball Association and Major League Baseball playoffs and the return of the National Football League and college football. Disney reported revenue of $7.21 billion from its television networks, up from $6.51 billion a year ago and beating the average analyst expectation of $6.86 billion.

Disney has pivoted to focus on streaming as its direct-to-consumer offerings such as Disney+, Hulu and ESPN+ have found willing customers who are sheltering in place to stay safe during the pandemic. The company reported revenue of $4.85 billion from its streaming and international offerings in the fiscal fourth quarter, up from $3.43 billion a year ago and topping the average analyst expectation of $4.64 billion.