Home
Stocks
: Chipotle to open digital-only restaurant in New York
Prev Article Next Article
This post was originally published on this site 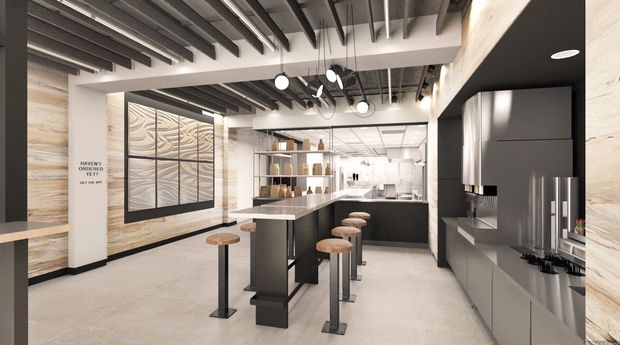 The company says the restaurant is a prototype that will allow Chipotle to expand in urban areas and offer flexibility for future locations.

Chipotle Digital Kitchen has no seating or “front-line” service. Customers will have to order meals in advance.

“Orders can be picked up from a lobby that is designed to include all of the sounds, smells and kitchen views of a traditional Chipotle restaurant,” the company said in the announcement.

Large catering orders can also be picked up in a separate lobby.

See: Beyond Meat and McDonald’s haven’t confirmed their work on the McPlant, which one analyst finds ‘extremely strange’

“With digital sales tripling year over year last quarter, consumers are demanding more digital access than ever before so we’re constantly exploring new ways to enhance the experience for our guests,” said Curt Garner, Chipotle’s chief technology officer, in a statement.

Other restaurant chains have been testing and adopting a variety of digital sales strategies.

Starbucks Corp. SBUX, +1.03% has launched locations specifically for mobile orders both in the U.S. and China.

And Chili’s parent Brinker International Inc. EAT, -1.86% has launched a virtual brand, It’s Just Wings, that it expects will reach $150 million in its first year.

Many companies also offer items and promotions that are digital-exclusive. For example, McDonald’s Corp. MCD, +1.74% offered discounts on orders of the Travis Scott and J Balvin meals when they were ordered on the mobile app.