Home
Stocks
Market Extra: As investors brace for a divided government, Fed risks becoming only game in town and that’s good for markets
Prev Article Next Article
This post was originally published on this site 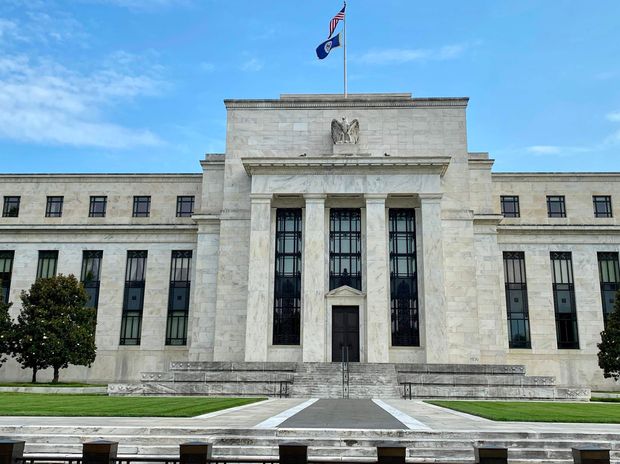 The Federal Reserve looks like it may be the only game in town — again.

With policy gridlock likely to remain in place in Washington under a divided government, with Joe Biden in the White House and the Republican party controlling the Senate, markets are ruling out the type of large fiscal aid package that Democrats favor to aid the economic recovery, getting done either this year or the next, leaving monetary policy makers to take up the slack.

“It makes the economy that more dependent on the Federal Reserve,” said Michael Lorizio, senior fixed-income trader at Manulife Investment Management, in an interview.

Even as some fret that a legislative logjam raises the risk of political stagnation and public discontent over rancor in Washington, investors are likely to profit from a familiar scenario that has tended to lift all asset prices.

See: Time to move on? Here’s one investor’s advice on what to do after the election

It’s a situation that befell markets after the 2008 financial crisis as central banks were able to deploy monetary stimulus measures more swiftly than politicians in many countries.

This combination of more monetary but less fiscal support is likely to keep longer-term bond yields and inflation expectations muted. That would spell strong gains for stocks, government bonds and corporate debt.

It’s why some see even the 60/40 balanced portfolio, which splits an investors’ funds into equities and Treasurys, holding up well beyond its expected shelf life. Many analysts had written off such portfolios saying bond yields were too low for them to act as a cushion against a stock-market drawdown.

“This is a scenario where these balanced portfolios have tended to shine. More monetary policy support is a tailwind to both sides of the equation,” said Scott Kimball, a portfolio manager at BMO Global Asset Management. ‘The Fed is everything from the market perspective.”

The Fed said at the conclusion of its November policy meeting Thursday that it was willing to use all its tools to support the economy.

“The central banks are willing to see this through. I think they still have a lot of levers to pull,” Lindsay Bernum, global macro analyst for Smith Capital Investors, told MarketWatch.

However, others are skeptical what policy tools are left for Fed Chairman Jerome Powell and his colleagues.

“The Fed is going to be more accommodative if we are getting a divided government, but there’s also a question of what else can the Fed do,” said Max Gokhman, head of asset allocation at Pacific Life Fund Advisors.

Calls for the Fed to tweak their asset purchases to emphasize more longer-dated Treasurys are unlikely to boost consumption or increase the flow of credit, with government bond yields already depressed, said Gokhman.

Some analysts are also wary of the attendant financial risks that would come from relying ever more on central bankers to think of new and untested ways to bolster economic growth.

Mohamed El-Erian, economic adviser to Allianz, said in an op-ed for the Financial Times (paywall) that further experimentation with unconventional monetary policy was “likely to create further distortions in financial markets, increase incentives for irresponsible risk-taking, and lead to the misallocation of resources throughout the economy.”

Coronavirus aid is still on the cards

Wall Street may be too hasty in ruling out additional government spending to support the U.S. economic recovery though.

Most market participants still expect Republican lawmakers and Biden to come together and pass a new coronavirus aid bill, even if analysts have had to cut their forecast of the size of the package from trillions of dollars down to hundreds of billions.

And according to some, Senate Majority Leader Mitch McConnell, R-Ky., may have an incentive to push for a more expansive fiscal aid package than he was willing to accept before the election. Georgia will hold runoff elections for two Senate seats in January, leaving a window open for Democrats to achieve a ‘blue sweep’ by winning control of both the presidency and both houses of Congress.

“There’s still a chance Republicans will lean to something bigger than what they said pre-election,” Esty Dwek, head of global market strategy at Natixis Investment Managers, told MarketWatch.

Indeed, McConnell said he was receptive to more aid for local and state governments earlier this week, a key demand from Democrat lawmakers, when talks on a new coronavirus relief package restart.

Looking ahead to next week, no major U.S. economic data releases is expected outside of new numbers on consumer price inflation.