Home
Stocks
Earnings Results: Bill.com tops earnings expectations as more small businesses get back to work, but stimulus questions linger
Prev Article Next Article
This post was originally published on this site 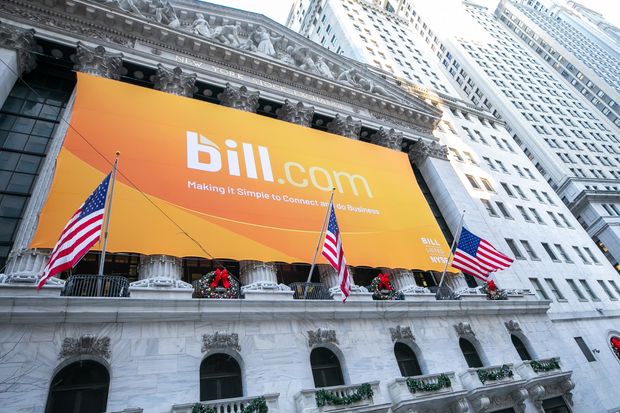 Bill.com argues that the COVID-19 crisis could serve as a tailwind that prompts more small businesses to use its back-office automation software in lieu of manual accounting processes.

Bill.com’s revenue climbed to $43.8 million from $28.5 million, topping expectations for $41.7 million. Chief Executive Rene Lacerte said on the company’s earnings call that more of its small-business customers were able to get “back to business” relative to the prior quarter, driving momentum across the company.

The company processed $28.8 billion in total payment volume during the quarter, up 31% from a year earlier, and it processed 6.5 million transactions. Bill.com added 5,500 net new customers but noted that this growth was down from the June quarter when the company experienced an early spike at the beginning of the pandemic.

“As I outlined on our last call, for the next few quarters, we expect lower quarterly net customer adds before our newest financial institution partnerships start to ramp,” Chief Financial Officer John Rettig said on the call. “With the progress we’re making in improving monetization of our existing customer base through transactions, the net new customer metric will become less meaningful as we scale.”

Rettig also highlighted that Bill.com “saw [its] investment in virtual card supplier enablement starting to pay off earlier than expected in the quarter, translating into more suppliers enabled to receive virtual card payments.” Virtual cards serve as alternatives to checks for business customers.

For the current quarter, Bill.com expects revenue of $46.5 million to $47.5 million, whereas analysts were modeling $44.4 million. The bulk of that is what Bill.com considers “core revenue,” or subscription plus transaction revenue, as it models $45.4 million to $46.2 million in core revenue for the quarter. Bill.com anticipates an adjusted loss per share of 7 to 8 cents, whereas the FactSet consensus was for 8 cents.

Rettig commented that there “continues to be considerable macroeconomic uncertainty and questions about any potential future stimulus funds that could help small businesses.”