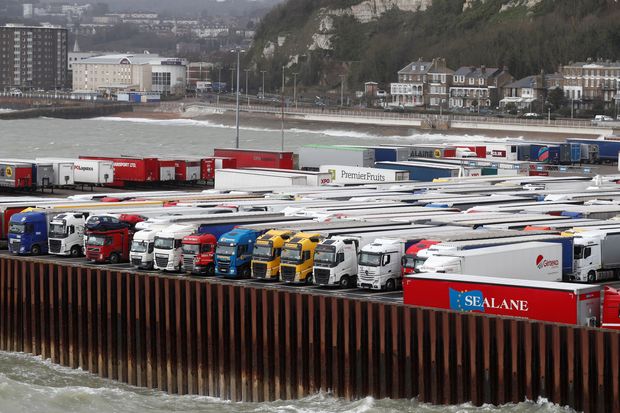 Lorries parked at the port of Dover, England

Both the Bank of England and the public spending watchdog sent warnings this week about the ability of the U.K.’s government and businesses to smooth the exit of Britain from the European single market on Dec. 31.

The outlook: A trade agreement would make the transition easier, but after two weeks of intensified negotiations and 10 months of prior talks, the two sides do not seem closer to a conclusion. A treaty must be concluded within days in order to be ratified by Parliaments by the end of the year.

The U.K. economy will be Europe’s worst-hit by the coronavirus pandemic, as confirmed this week by the European Commission’s economic forecasts. It would sink further in the scenario of a so-called no-deal Brexit, but brinkmanship could nonetheless lead to that punishing outcome.