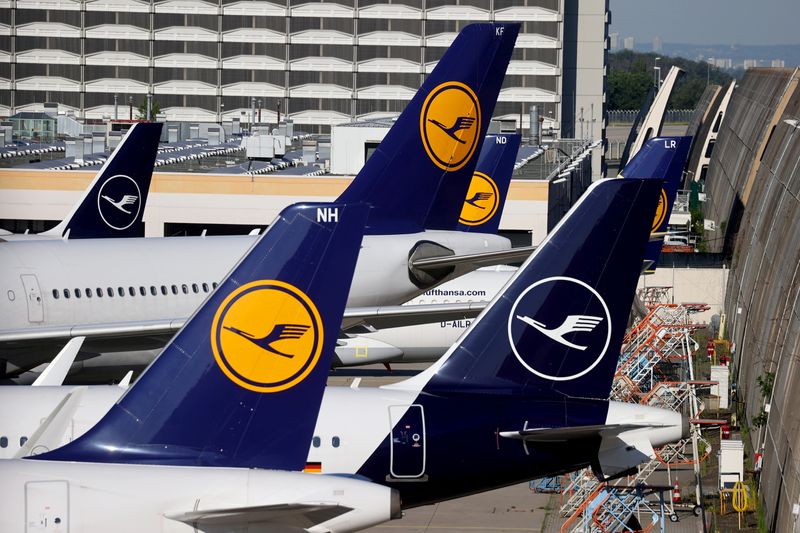 BERLIN (Reuters) – Lufthansa (DE:LHAG) warned on Thursday it will burn through more cash in the fourth quarter than in the third and that further restructuring measures will weigh on its results as it struggles to cope with the effects of the COVID-19 pandemic.

As a result of continuing travel restrictions to curb the virus outbreak, Germany’s flagship airline booked a net loss of 2 billion euros ($2.4 billion) in the third quarter, compared with a profit of 1.2 billion euros the previous year.

As the airline expects even fewer passengers in the winter, it said that number would grow in October-December, although would not exceed 350 million euros. It aims to return to a positive operating cash flow in the course of the coming year.

“We are now at the beginning of a winter that will be hard and challenging for our industry,” said Chief Executive Carsten Spohr. “We are determined to use the inevitable restructuring to further expand our relative competitive advantage.”

Lufthansa and its subsidiaries Eurowings, Swiss, Austrian and Brussels Airlines are slashing their schedules, fleet and staff, with air travel not expected to recover to pre-pandemic levels before 2025.

The size of the expected restructuring costs will depend on negotiations with trade unions, Lufthansa said. The carrier aims to reduce 22,000 full-time jobs.

Operating expenses were down 43% in the third quarter from the previous year, helped by significantly lower fuel costs and fees. Sales fell to 2.7 billion euros from 10.1 billion euros.

The airline, which secured a 9 billion euro state bailout in June, said it had liquidity of 10.1 billion euros.

Lufthansa confirmed it aims to increase capacity to around 25% towards the end of the year.

Rival Ryanair (I:RYA) has warned it might have to cut back its plans to fly 40% of last year’s traffic levels in the winter. British Airways-owner IAG (L:ICAG) has predicted fourth-quarter capacity at 30% of 2019 levels.