Home
Stocks
Paul Brandus: Election disconnect: Most voters say they’re better off under Trump — but still want him out
Prev Article Next Article 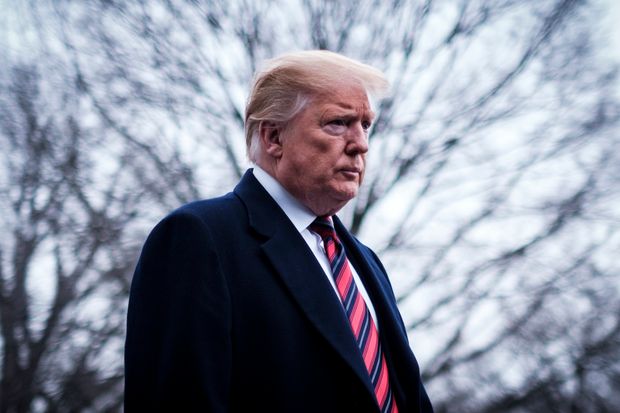 Here’s good news for President Trump: Some 56% of registered voters say they’re better off today than they were four years ago. That’s according to a recent Gallup survey.

Even more promising for the president: That share is higher than it was after four years of Barack Obama (45%), George W. Bush (47%) and Ronald Reagan (44%).

All three of those presidents were re-elected. Gallup doesn’t have data for Bill Clinton, the other modern-era president who won a second term. The only president during this period who failed to be re-elected was George H.W. Bush; his tally was only 38%.

Now the bad news: Gallup also says the very same percentage of registered voters, 56%, “believe President Donald Trump does not deserve to be reelected, while 43% say he does.”

What’s going on here? How can a clear majority of registered voters say they’re better off after four years of Trump, while another clear majority wants to oust him?

“Many people are generally not giving him credit for the economy — some view it as a continuation of a positive economic situation he inherited,” says David B. Cohen, a professor of political science at the University of Akron in Ohio.

Does the president deserve credit for the economy? Trump obviously thinks so, claiming that prior to the pandemic, “[w]e built the greatest economy in the history of the world.”

But even by the president’s penchant for hyperbole and exaggeration, this is a bit much. During his first three years in office — in other words, pre-pandemic — the U.S. economy grew at an annual rate of 2.5%. It’s in line with average growth of 2.3% during the last three years of the Obama era.

As for “the greatest economy in the history of the world,” China’s growth rate over the past 30 years, Japan’s in the 1960s and the United States’ in the 1950s were much higher. Annualized gross domestic product growth in the U.S. often exceeded 10%.

So Trump’s economy, pre-pandemic, didn’t break any records but was still pretty good. Yet this wasn’t enough to prevent a blue wave in the 2018 midterms, which resulted in a Democratic takeover of the House of Representatives.

Midterms are often seen as a referendum on the sitting president.

“Some [voters] generally give him credit on economics yet are very turned off by his behavior and performance and thus do not approve of him,” the University of Akron’s Cohen said.

Polling suggests there could be another reason for the disconnect: Voters have bigger concerns. Gallup asked: “What do you think is the most important problem facing this country today?” Americans said the coronavirus (30%), “the government/poor leadership” (23%) and “race relations” (10%). The economy comes in fourth at 9%.

I think there could be another reason for this disconnect, and it has to do with our polarized political atmosphere. On this election eve, feelings for President Trump are so intense on both sides that voter views may be shaped more by party loyalty than anything else. Republican loyalty to the president runs deep and seems to eclipse all else. Democratic contempt for the president runs equally deep and seems to eclipse all else, including, apparently, any personal economic betterment.

This may be the biggest issue we Americans face in the coming years. Not our differences over policy and candidates, but our binary, blind, ideological loyalty that considers the other side not a mere opponent with whom we disagree, but a mortal enemy.

I don’t know who our next president will be. I do know, however, that the nastiness, divisiveness, anger and rage that exists isn’t going away. This is my biggest worry — that we are tearing our country apart. I think of Lincoln’s first inaugural address, given when the country was coming apart at the seams and weeks from Civil War:

“We are not enemies, but friends. We must not be enemies. Though passion may have strained it must not break our bonds of affection. The mystic chords of memory, stretching from every battlefield and patriot grave to every living heart and hearthstone all over this broad land, will yet swell the chorus of the Union, when again touched, as surely they will be, by the better angels of our nature.”