Home
Stocks
Outside the Box: What should a smart investor do now?
Prev Article Next Article 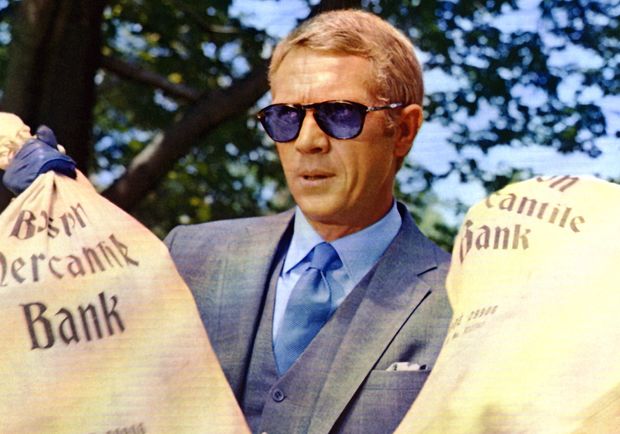 Wondering what to do with your money?

I’ve been getting some questions lately that make me think investors are unusually nervous and don’t know what to do.

There’s a sense that we are on the brink of some monumental change — obviously related to the presidential election — that will have huge implications.

The questions come down to this: “When I know something big is about to happen, but I don’t know what it is, what is the prudent thing to do with my investments?”

Here’s the short answer: There’s absolutely no way to know. So don’t do a thing. Just stay put.

Here’s the slightly longer answer (which could be regarded as sarcastic but in fact is perfectly rational): Come back one year from today, and I’ll tell you what you should have done this week.

Here’s the answer Wall Street might give: Your fears and uncertainty are warranted. Our experts have studied this, and they have some great solutions. Hire this manager. Buy this product. Do it right now.

The uncertainty revolves around the presidential election more than anything else. But there’s also the pandemic. There’s the major shift taking place in the way people live, work, and spend. There’s climate change. There’s the Supreme Court. Civil unrest and mistrust of institutions.

Read: Have seniors turned on Trump?

For many years I was an investment adviser, and one of my clients was named John, an elderly man from Louisville, Ky., and one of the nicest people I have known.

Sometimes I would get a phone call from John, and he’d start out: “Paul, are you happy with the way things are going?” When I heard that, I knew right away he was red-hot upset about something.

On Nov. 4, 1992, the morning after the presidential election, John called, and this time he wasn’t that subtle.

“Sell everything,” he said. “I’m not going to have my money in the market as long as Bill Clinton is running the country. This is going to be a disaster.”

I stayed on the phone with John for nearly an hour, trying to convince him that turning his portfolio into cash was not the right thing to do — even though that could have turned out to be the right move. (There’s that “come back in a year” response again.)

John finally calmed down and agreed to sit tight, though he probably wasn’t totally happy about it — at least until the stock market took off and (in 1993) began seven straight years of gains that amounted to a long bull market.

So in that case, staying put with his investments turned out to be the right thing for John to do. In the coming years, he and his family benefited from his decision to set aside his fears and do nothing.

Fast forward to 2020: Obviously we don’t know the results of the presidential election. If the result calls for a transition, we don’t have any assurance that it will happen peacefully.

But surely, some people have told me, we should be able to predict which election outcome is likely to be better for the market.

My response: If this is so obvious, somebody should be able to tell me in a convincing way. Yet nobody has been able to do that.

I’ve known for decades that Wall Street (this also goes for the financial media) always has an “A List” of reasons to be an optimist and an equally plausible “B List” of reasons for pessimism.

These lists allow pundits and commentators to sound pretty smart no matter what they are being asked to explain.

Investors have a hard time dealing with the fact that both those lists are ALWAYS there, ALWAYS up-to-date, and ALWAYS sound wise.

Right now there’s undoubtedly an “A List” and a “B List” associated with each possible outcome of the presidential election.

The closest I can come to navigating this by remembering that in general, the stock market does not like great uncertainty. Once the future is better known, maybe investors will be more confident. (But no matter what, SOME investors will want to do what my client John wanted to do: sell everything.)

None of this is much help in answering the original question: When you have no idea what’s going to happen, what should you do?

If I were still an adviser, my answer to clients would be pretty simple.

First, if you have a sound investment plan, stick with it.

Second, if you don’t have a sound investment plan, get one. It should be a plan that’s likely to do well over the long term no matter what happens.

If that’s too boring, here’s a thought experiment for you.

Imagine it’s the start of a calendar year and somehow you get the rock-solid knowledge about five major things that will happen in the next 10 months:

Faced with that knowledge, what would you expect from the stock market for the following 10 months?

After you’ve figured out your answer, check your own investment returns for 2020 to date, and see how you have done.

Finally, make a note to remind me about this topic in November 2021. At that time I’ll be able to give you a terrific answer to the question of what you should do right now in the autumn of 2020.

Want more insight? Here’s a link to the best investment video I’ve ever seen. The presentation in this webinar is called “Simple and Effective Balanced Portfolios for Lifetime Investing Success.”