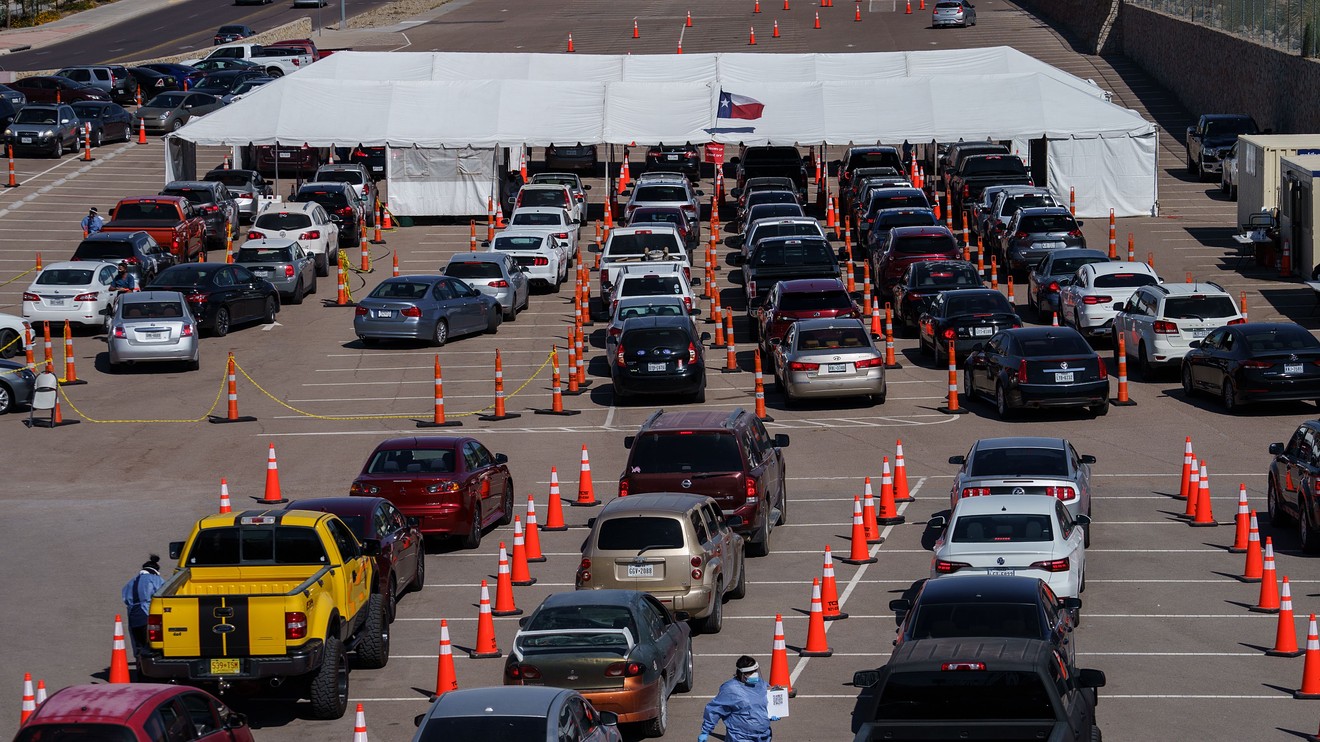 Experts attribute the record-breaking number of coronavirus cases in the U.S. to growing weariness among Americans to keep up with pandemic practices like social distancing and wearing masks.

The U.S. last week reported the highest number of new COVID-19 cases during the pandemic, with 84,232 positive tests on Oct. 23, according to COVID Act Now, a nonprofit tracking the geographic spread of the virus in the U.S. That means the number of new cases has more than doubled since the end of the summer, when the U.S. had 40,123 cases, as of Sept. 1.

There is not a single state that is on track to contain the virus, according to COVID Act Now’s methodology.

These figures have set off alarms with public health experts who worry about surging case counts across the country, as much of the U.S. faces winter temperatures and the traditionally social-heavy holiday season.

“There is explosive spread occurring in many parts of the country, including in areas that have more limited health care infrastructure,” said Dr. Leana Wen, a visiting professor of health policy and management at the George Washington University School of Public Health and Baltimore’s former health commissioner. “We are already seeing hospitals becoming overwhelmed, and patients having to be diverted to other places for care. It’s extremely concerning. I cannot overemphasize how dire the situation is right now.”

The four experts interviewed for this story say multiple factors are to blame for the record-setting number of COVID-19 cases and hospitalizations right now in the U.S. However, what is different about this surge — compared, for example, with the spring — is that it’s happening in disparate parts of the country. Chris Meekins, director of health-care policy at Raymond James, predicts the U.S. will hit 100,000 cases a day in the next few weeks.

El Paso, Texas, which has 128.7 cases per 100,000 people, this week implemented a 10 p.m. to 5 a.m. curfew. Some hospitals in Kansas City, Mo., have turned away ambulances because they are already overwhelmed, according to ABC News. Hospitals in northern Idaho are considering transferring COVID-19 patients across state lines to less crowded facilities in Portland and Seattle.

Dr. Anthony Fauci, director of the National Institute of Allergy and Infectious Diseases, this week said that he sees the current surge in cases as “an exacerbation of the original first wave” in the U.S.

Many experts agree that the first wave hit the U.S. on a rolling basis, striking New York and parts of the Northwest in the spring, then Sun Belt states like Arizona and Texas in the summer, and now the virus is largely having the most impact in the Midwest, though infections are rising in nearly all states. “ ‘Phase 3’ is now really nationwide, from sea to shining sea,” Meekins said, “but, predominantly, the seeds were formed in the upper Midwest.”

What’s to blame for the recent surge in cases?

1. Falling temperatures mean more people are socializing indoors, as Americans shift their social lives from a summer of patios and backyards into living rooms and bars. A preprint, a category of preliminary scientific research, published in September found that indoor socializing carries a significantly higher risk of transmission than activities outdoors.

“As temperatures dropped, look where the areas with, let’s say, the highest positive test rates are,” Meekins said. “It’s the upper Midwest, where obviously the temperatures have dropped, and Montana [and] Idaho.” In Billings, Mont., the high this week is 41 degrees Fahrenheit — cases in Montana are at an all-time high, with 67.9 cases per 100,000 people there, as of Oct. 26. (In comparison, New York has 8.4 cases per 100,000 people.)

2. People are dealing with “pandemic fatigue,” after nearly eight months of near-constant worry about the virus since the first U.S. lockdowns went into place in March. “People are tired of being cooped up, and they may not be using the best judgment at all times,” said Dr. Aaron Glatt, chairman of the department of medicine at Mount Sinai South Nassau in New York.

And because pandemic policies vary from state to state, the lack of a coordinated national response puts the onus on individuals to make their own choices, which can be stressful over long periods of time. “Some states are doing a lot to control the spread of COVID,” said Malia Jones, an epidemiologist and associate scientist in health geography at the University of Wisconsin–Madison. “Other states are doing very little. And without everybody working together towards the same goals, those things are often in conflict with one another.” In addition, Wen notes that “it’s hard to ask people to do their part, when the federal government isn’t doing theirs. … For example, the White House is hosting social events when we’re asking people not to see their loved ones.”

3. This translates to more social gatherings with extended family and friends than the smaller “pods,” Zoom hangouts and Netflix parties that people relied on in the earlier days of the pandemic. “What’s driving it is individual behaviors, including, very importantly, letting down our guard with people that we know,” Wen said. “There is a magical thinking. We don’t want to believe that they could be asymptomatic carriers.”

While experts say they are concerned that large political rallies, such as those held by President Donald Trump’s re-election campaign, have put attendees at risk, it’s primarily small gatherings of friends and families that are responsible for spreading the virus, though Glatt notes that “it’s a problem when we allow certain things and ignore good public health.”

4. The return of college students in September is a likely culprit behind this wave of infections, as students traveled across the country to return or begin the university year. A preprint published Sept. 23, found that the colleges that reopened for in-person instruction were associated with 3,000 new cases of COVID-19 a day in the U.S. “They’re contributing to county case counts,” Martin Andersen, an assistant professor of economics at the University of North Carolina at Greensboro and one of the study’s authors, previously told MarketWatch.

“That mixing up of people — students moving from one place to another to go back to school — just led to a lot of spread of disease across the nation,” Jones said. “If it had just been Labor Day, I think we would have seen a more limited spread.”

What can we expect over the next few months?

The coming holidays — Halloween and Thanksgiving — along with in-person voting for the presidential election on Nov. 3 are all events that have the potential to increase transmission of the virus within communities.

Experts point out that polling places are likely to have social-distancing measures in place, masks may be required, and contact between individuals is limited. They are not largely viewed as concerns, with Fauci having likened the risk of in-person voting to that of a Starbucks trip.

With the exception of indoor parties and bars, Halloween remains a largely outdoors holiday that can be tweaked to create social distancing and allow for mask wearing. “It’s been a rough year to be an epidemiologist,” Jones said. “I’m super tired of telling people they can’t have their thing. … I’ve learned this year that I can’t save the world, but I can save Halloween.”

By that, she means using tongs to hand out candy, moving trick-or-treating away from front doors and into less confining outdoor spaces, and gathering small groups of people outside for costume contests and scavenger hunts.

For families and friends who decide to get together, plans to follow the guidelines and quarantine for 14 days and get tested in advance may be a moot point by the time the holiday rolls around. “The demand for tests is going to be so much higher because of the number of people who are sick,” Wen said. “By then, it could be such a huge backlog that having testing for assurance purposes … would not be appropriate.”

One more thing: The outcome of the presidential election will likely impact the trajectory of the current infection wave. If Democratic candidate Joe Biden wins, he has said he would implement a national mask mandate, for example, and vastly increase testing capacity. “I’m interested to see what the outcome of the election will mean for the messaging around the virus,” Meekins said.