Home
Market
Easyjet looking at financing options, not against state aid
Prev Article Next Article
This post was originally published on this sitehttps://i-invdn-com.akamaized.net/trkd-images/LYNXMPEG9U0DB_L.jpg 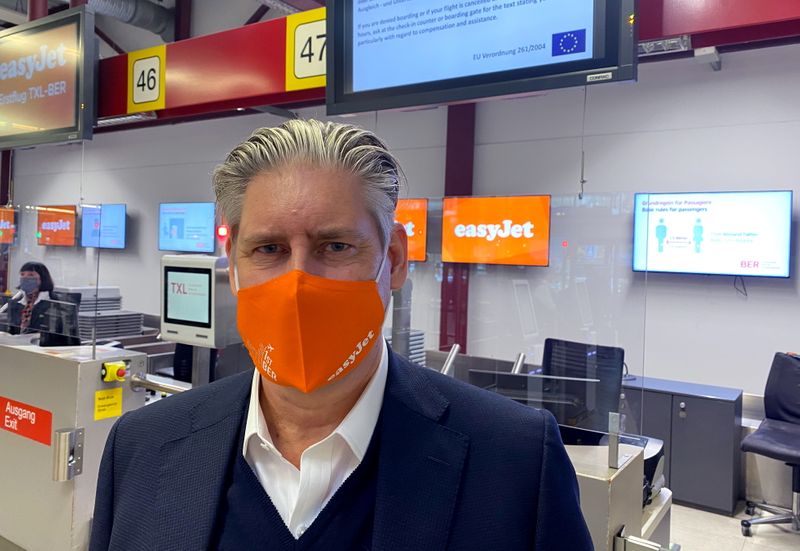 “We have a number of options of financing. We are reviewing that all the time,” Lundgren told Reuters in an interview ahead of the opening of a new airport in the German capital.

“I am not against state aid,” he said. “It is very clear that the crisis has been to that extent that you can’t expect the industry and its players to cope with it all by themselves.”

With travel across Europe at very low levels, most airlines are bleeding cash, but easyJet’s finances have come under particular scrutiny amid media reports that it has signalled to the UK government it may need more financial support.

The airline has warned it will make an annual loss of as much as 845 million pounds ($1.09 billion) for the 12 months that ended in September.

Tightening coronavirus restrictions across Europe mean that easyJet, which before the pandemic was the fifth biggest airline in Europe by passenger numbers, is planning to fly just 25% of capacity for the rest of 2020.