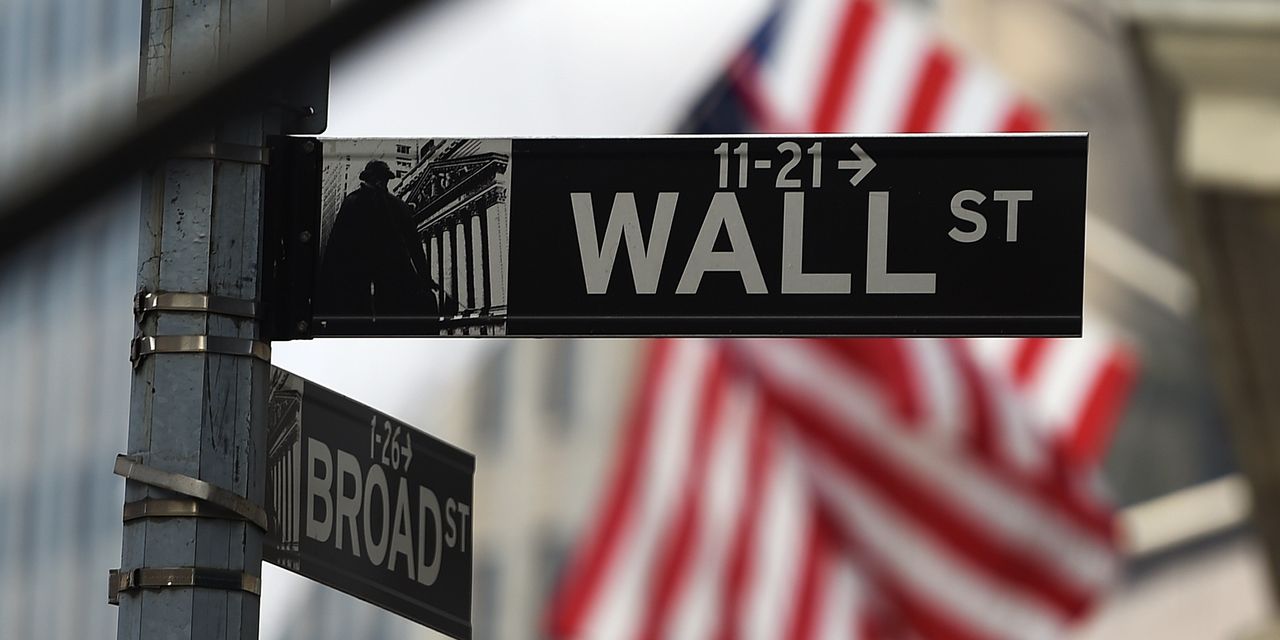 U.S. stock gauges on Thursday took back a chunk of Wednesday’s rout, after a preliminary reading of the health of the U.S. economy showed a rebound of growth following the recession caused by the coronavirus pandemic.

Investors also wrestled with data showing a sharp rise in coronavirus cases in the U.S. and Europe and sifted through corporate results on one of the busiest days of earnings reporting of the season.

How did major indexes fare?

The Dow and S&P 500 on Wednesday saw their worst one-day percentage drop since June 11, while the Nasdaq suffered its biggest decline since Sept. 8. The S&P 500 and Nasdaq erased their October gains with Wednesday’s selloff, joining the Dow, which had turned lower for the month earlier in the week.

Read: Why the Nasdaq, with its ‘work from home’ giants, saw its worst day in 7 weeks

What drove the market?

Equity markets on Thursday were recovering from Wednesday’s broad-based selling, finding some support in data showing a bounceback in U.S. economic growth in the third quarter, though sharply rising coronavirus cases in Europe and the US. cast doubt on the outlook, especially without any further financial aid from Washington ahead of the November elections.

“There’s an element where markets want to focus on the medium-term, when people expect an economic rebound. As we move forward in time, we also move closer to that point. The challenge, of course, is we need to get to that point without seeing too much economic damage,” said Yung-yu Ma, chief investment strategist at BMO Wealth Management, in an interview.

U.S. GDP soared at a record 33.1% annual pace in the third quarter with the expected snapback in growth, driven by trillions of dollars in government aid to families, the unemployed and businesses most harmed by the virus, though that assistance ended at the start of August.

“The strong GDP performance gives a false impression of the economy’s true health,” wrote Gregory Daco, chief economist at Oxford Economics in a Thursday report. “Lest we be tempted by alluring rearview mirror economics, or confused by misleading annualized GDP figures, our weekly US Recovery Tracker points to a dangerous plateau entering Q4,” he wrote.

Meanwhile, a recent surge in coronavirus infections is contributing to fears the domestic and global economy could see another slowdown, undercutting the V-shaped rebound seen since the pandemic forced the near shutdown of activity around much of the world earlier this year.

In other U.S. data, weekly U.S. jobless claims fell further to a 7-month low of 751,000 , suggesting layoffs are easing despite a rise in coronavirus infections. However, the pickup in job creation has slowed considerably. The Wall Street Journal reports that anecdotal evidence, from companies big and small announcing plans to lay off more workers, suggests the labor market recovery will be protracted.

“With virus cases on the rise and a new fiscal package yet to be seen, economic concerns are once again brimming to the surface,” said Seema Shah, chief strategist, Principal Global Investors, in emailed comments. “If the US follows Europe’s path of reintroducing national lockdowns, the popular reflation narrative will be severely tested,” the analyst said.

The European Central Bank left policy on hold at the conclusion of its policy meeting Thursday morning, but signaled that further action is likely to come in December, saying it would “recalibrate instruments, as appropriate.”

A tightening presidential election race also was partially blamed for Wednesday’s selloff. Democratic challenger Joe Biden continues to lead President Donald Trump in the polls, but the race has tightened and a survey released this week showed Trump moving ahead of Biden in Florida, a battleground state.

In deal-related news, Marvell Technology Group Ltd. MRVL, -3.33% said Thursday that it had agreed to acquire Inphi Corp. IPHI, +26.70% in a cash-and-stock deal that will create a semiconductor company with a $40 billion enterprise value. Inphi shares jumped 27%, while Marvell shares fell 3.3%.

In other economic reports, the index of pending home sales dropped 2.2% in September compared with the previous month, breaking a four-month streak of increases, the National Association of Realtors reported Thursday.

Which companies were in focus?

How did other assets trade?

The yield on the 10-year Treasury note TMUBMUSD10Y, 0.827% climbed 5.4 basis points to 0.834%, its biggest daily jump in over three weeks. Bond yields move inversely to prices.

MarketWatch has launched ETF Wrap, a weekly newsletter that brings you everything you need to know about the exchange-traded sector: new fund debuts, how to use ETFs to express an investing idea, regulations and industry changes, inflows and performance, and more. Sign up at this link to receive it right in your inbox every Thursday.