Home
Stocks
: Markets tumble as fear grips Europe over threat of widespread lockdowns
Prev Article Next Article
This post was originally published on this site 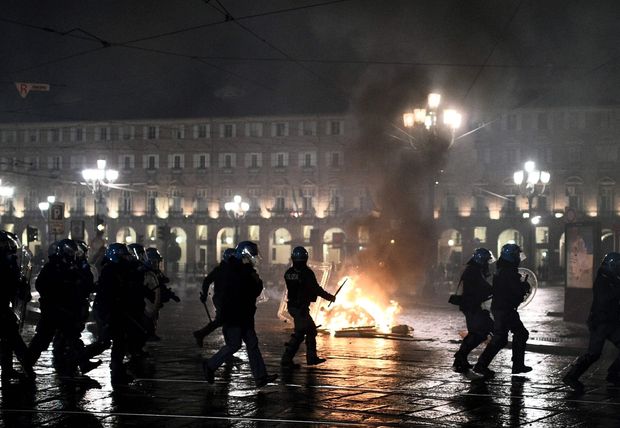 Panic in Italy spread beyond the bourse as anti-lockdown protesters took to the streets and looted luxury fashion boutiques in Turin.

Stock indexes across Europe are in the red on Wednesday as fears of lockdowns in Germany and France grip the continent.

Infections are rising in Europe, as the World Health Organization said this week that governments are “well behind” in the fight against COVID-19. The pan-European benchmark Stoxx 600 FXXP00, -3.07% hit its lowest level since May.

In Germany, Angela Merkel will advocate for a partial lockdown, closing bars and restaurants as well as banning public events, according to reports.

The chancellor has warned that the hospital system could be overwhelmed in the country, which recorded more than 13,000 new coronavirus cases yesterday. Frankfurt’s DAX DAX, -4.09% index slid more than 3%.

Plus: Why European governments are seeing more local lockdown rebellions during the autumn COVID spike

French President Emmanuel Macron is expected to announce new coronavirus measures in a televised address on Wednesday night, as cases in the past week top 250,000. France could see a new national lockdown starting from Thursday night, according to reports. Paris’ CAC 40 FCE00, -3.65% was down near 3%.

Looming lockdowns in Germany and France are just the latest reminder of the pace of the virus’ resurgence in Europe, where countries like the U.K. and Spain are also imposing emergency measures to curb cases.

In the U.K., where the daily death toll is the highest since May, millions of people are under local lockdowns.

London is in the second of three tiers of gradually more severe restrictions. People are banned from socializing with anyone outside of their household, and bars and restaurants must close by 10 p.m.

Spain is under a nationwide curfew between 11 p.m. and 6 p.m.

Panic in Italy spread beyond the bourse as anti-lockdown protesters took to the streets and looted luxury fashion boutiques in Turin. Louis Vuitton MC, -4.35%, Gucci KER, -5.46%, and Apple AAPL, +1.34% were among the casualties in the latest round of civil unrest around the country earlier this week.

Police with tear gas were mobilized against protesters in Milan and thousands took to the streets in Naples. The recent wave of protests came after a government order to close restaurants and bars, as well as gyms and cinemas, took effect Monday evening.

Yesterday the country’s cabinet approved a new stimulus package to aid businesses hit by the economic impacts of this virus, including tax breaks and funds for temporary layoff schemes. The FTSE MIB I945, -3.67%, Borsa Italiana’s benchmark index, was down more than 2.5% Wednesday.