Home
Stocks
Futures Movers: Oil prices drop with weekly U.S. supplies up over 4 million barrels and COVID cases on the rise
Prev Article Next Article
This post was originally published on this site 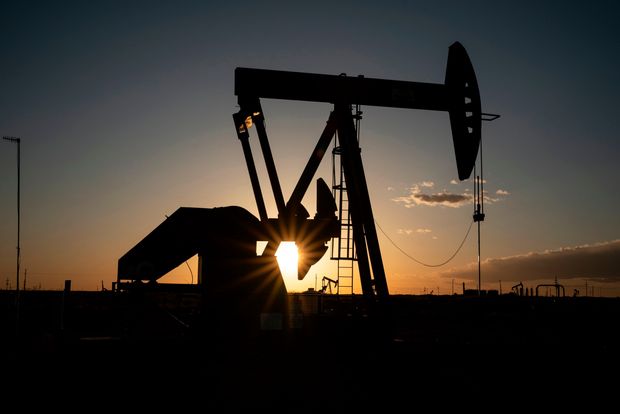 Those bearish factors outweighed a near-term drop in crude output in the Gulf of Mexico as Hurricane Zeta neared landfall on the Gulf Coast.

On Wednesday, the Energy Information Administration reported that U.S. crude inventories rose by 4.3 million barrels for the week ended Oct. 23. That followed declines in each of the previous two weeks and marked the biggest weekly rise since July.

On average, analysts polled by S&P Global Platts forecast a weekly climb of 200,000 barrels, while the American Petroleum Institute on Tuesday reported an increase of nearly 4.6 million barrels.

The EIA data also showed crude stocks at the Cushing, Okla., storage hub edged down by 400,000 barrels for the week, but total oil production jumped by 1.2 million barrels a day to 11.1 million barrels. Output continued its recovery from hurricane-related disruptions earlier this month.

December West Texas Intermediate crude CLZ20, -5.40%, the U.S. futures benchmark, fell $2.18, or 5.5%, to settle at $37.39 a barrel on the New York Mercantile Exchange. That was the lowest front-month contract finish since Oct. 2, according to Dow Jones Market Data.

Meanwhile, the threat of national lockdowns in Germany and France and a continued rise in COVID-19 cases in the U.S. underlined concerns over the demand outlook.

Equity markets were under heavy pressure Wednesday on fears the renewed rise in the spread of the virus would threaten the economic recovery. The risk-off sentiment contributed to losses in crude prices.

Energy traders eyed the path for Hurricane Zeta in the Gulf of Mexico. As of Wednesday afternoon, it was expected to make landfall southern Louisiana later in the day.

The 2020 Atlantic hurricane season is the “most disruptive of the past 12 years,” said Sami Yahya, senior oil supply and production analyst at S&P Global Platts, in emailed commentary.

In preparation for the storm, the Bureau of Safety and Environmental Enforcement reported that 66.6% of Gulf oil production and 44.5% of natural-gas production in the region was shut in as of Wednesday.

Barbara Kollmeyer in Madrid contributed to this report.