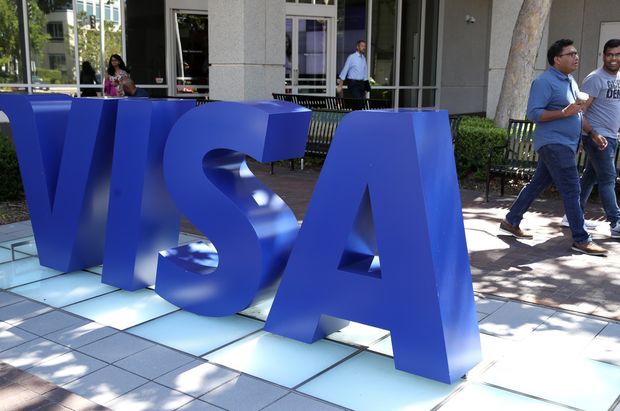 Visa Inc. saw its overall payment volume grow for its fiscal fourth quarter, but the company continued to be weighed down by the pandemic’s impact on international travel.

“The recovery so far has been uneven, V-shaped for domestic volumes but L-shaped for cross-border volumes,” Chief Financial Officer Vasant Prabhu said on the company’s earnings call. Cross-border spending typically delivers higher yields for Visa, so the slowdown there is creating “a drag on revenue growth, which will continue into fiscal year 2021.”

Visa has seen a “sharp recovery” in the limited corridors where travel is “relatively frictionless,” including travel from the U.S. to Mexico and travel to Persian Gulf states, and Prabhu said that gives the company hope for what the broader travel landscape could look like once restrictions ease. Still, at this time, “borders remain largely closed,” he acknowledged.

Shares rose 0.6% in after-hours trading Wednesday, after declining 4.8% in the regular session.

Visa saw its fiscal fourth-quarter revenue decline to $5.10 billion from $6.14 billion a year prior, while analysts surveyed by FactSet had been projecting $5 billion.

Visa declined to provide a formal quantitative outlook for fiscal 2021, citing uncertainties brought on by the pandemic, though the company gave some indications of how the year could play out. The credit-card giant expects declining revenue growth during the first half of fiscal 2021 before that “rebound[s] significantly” in the second half, Prabhu said. He pointed to many unknowns around the spread of infections, the impact of vaccines, and other factors that could determine the magnitude of that revenue growth.

In its report earlier Wednesday, peer Mastercard pointed to some October improvements in domestic spending relative to a year earlier, including a bump toward the end of October that the company said could be attributed to a large e-commerce player’s promotional event. That was widely interpreted to mean Amazon.com Inc.’s AMZN, -3.76% Prime Day, which moved to October this year from its typical July occurrence due to the pandemic. It’s likely Visa saw a similar bump from Prime Day.

Visa shares have declined about 8% over the past three months as the Dow Jones Industrial Average DJIA, -3.43% has added 0.5%.