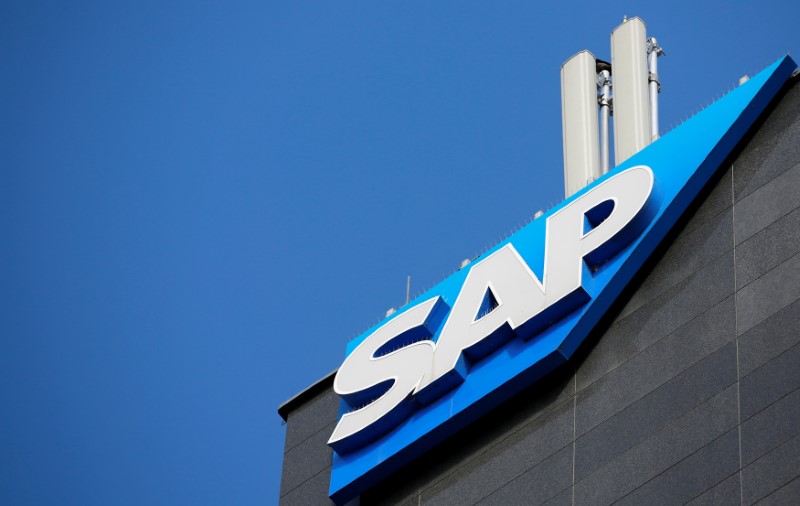 SAP stock plunged on Monday as Germany’s most valuable company slashed its profit forecasts after programming in a longer and deeper hit from the Covid-19 pandemic.

The idea that business software companies are not immune to the business cycle seemed to come as a surprise to many (even if growing doubts about the outlook had already been evident in a 5% decline from its all-time high in August).

The movement is a shock to the narrative that growth stocks are the only sure refuge from Covid-19, and that their admission to the Kingdom of Stock Market Heaven has only been accelerated by a  virus that has already claimed over 1 million lives.

That virus is now ruthlessly exploiting the lockdown fatigue of populations in Europe and the U.S. and, as SAP was forced to admit on Monday, is likely to have a sustained impact on business for at least another eight months.

SAP ripped up its earlier guidance, which had “assumed economies would reopen and population lockdowns would ease, leading to a gradually improving demand environment in the third and fourth quarters.”

The recovery in demand, it noted, had been “has been more muted than expected”. That much was evident in a 16% year-on-year drop in service revenue and a slowdown in order backlog growth for its Cloud division, a closely-tracked leading indicator for the company. Demand problems were also evident in a 14% drop in revenue from Concur, the business expense processing software that exposes SAP – at least to a modest degree – to the same woes as the airline and hotel sector. SAP said it “no longer anticipates a meaningful recovery in SAP Concur business travel-related revenues for the remainder of the year 2020.”

But most worrying for investors was the downward revision of its medium-term profitability goals, as a result of the very trend to accelerated digital transformation that investors have bought into so aggressively.

When SAP’s customers transition to Cloud-based services, they make SAP’s business more predictable, but less profitable. Assuming a new Cloud revenue target of 22 billion euros ($26 billion) by 2025, SAP expects its operating margin to be 4-5 percentage points lower over the next three years.

Ultimately, SAP still expects to end up in the same place, but it will make a bit less money on the way there. The revisions to this year’s profit and revenue outlook, of around 5%, are arguably not as dramatic as the stock price movement suggests (and even less so when adjusted for the reality of a rising euro).  That helps to explain why JPMorgan was almost alone in downgrading the stock on the back of the figures on Monday.

Even so, SAP’s scale and breadth make it a valid, if rough, proxy for much of the European tech sector. To see it putting out numbers and forecasts so starkly at odds with the narrative that has fueled the tech rally is a clear negative.